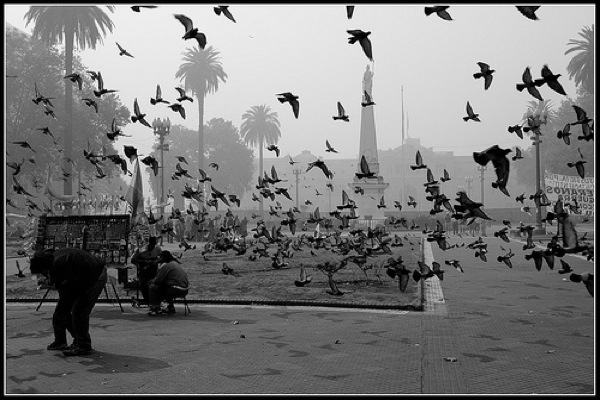 A glimpse of Buenos Aires.
Latin America is my turf.

I’ve written guidebooks to the region since 1998 and have lived in Havana since 2002. I’ve been around the Latino block so to speak, but until my sister-in-law tied the knot in Buenos Aires this past December, I hadn’t had the opportunity to travel to Argentina.

Indeed, the extent of my knowledge of the place barely extended beyond Maradona’s “hand of god” and dulce de leche-stuffed alfajores. Now, after nearly three weeks prowling all kinds of areas – the “villas,” Ciudadela, La Boca and everything in between – I have some opinions to impart about Buenos Aires…

The music, art, and dancing approach a quality I’ve experienced only in Havana and New York. The difference is the offerings are more independently creative than in the former and more economically accessible than in the latter. 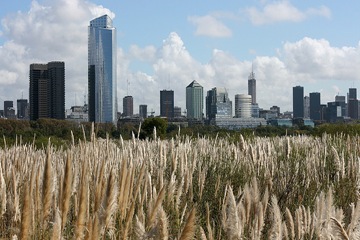 Tragic though it is, the mullet is alive and well. Ditto the rat tail, nasty worm-like dreadlocks, and other unfortunate hairstyles that died long ago (with good cause) in other latitudes.

The entire city is a minefield of dogshit. When it rains, the sidewalks run with floating turds. Cursed are those caught out in this river of canine feces wearing only flip flops. Pooper scooper law, anyone?

Buenos Aires may be the world’s greatest city for ice cream addicts. The night we arrived, we settled in with the family, swigged a bit of wine and smoked a few cigars. Just before 2am my brother-in-law suggested we go out for ice cream.

Within minutes, I was indulging in some of the best, most affordable ice cream of my life – no small accolade coming from me, an amateur Coppelia aficionado and veteran of the 45-minute wait for the 5 cent scoops served up in that historical parlor. The variety and quality of the Argentine product were awe inspiring in equal measure. And the flavors. Sambayón? (See note A below)

Give the people the right to smoke pot in public and they will, with gusto. 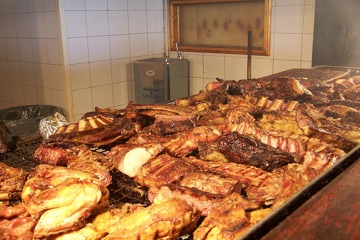 Sorry to report: the carne ain’t all that. Since I was visiting during the holidays and a wedding, I had ample opportunity to sample everything from blood sausage and lamb to goat and beef tenderloin. It was a bit overwhelming, this compulsion Argentine’s have to eat copious amounts of meat at BBQ events known as asados.

One gut-splitting Saturday, we went to an asado in the afternoon and another in the evening. At both affairs, heavy rib racks, interminable chains of sausages, and slabs of beef sizzled over natural charcoal, lacing the air with its smoky perfume. Unfortunately, the meat was often overcooked for my taste; the blood sausage was chunky and black (only for hardcore carnivores, which I am not); and save for an exquisite sausage criollo procured by my brother-in-law, most of the meat just wasn’t the high quality, grass-fed beef I was led to expect. (See note B below)

Having said all that, Buenos Aires is a hostile destination for vegetarians. Unless you can live on chimichurri. This simple condiment of oil, vinegar, parsley (fields of it), red pepper, oregano, garlic, and a couple of other herbs is so damn toothsome, it just may be life-sustaining.

From the highways of Caracas to the honking cacophony of Islamabad, I have never seen worse drivers than the locos that terrorize Buenos Aires. It’s no wonder traffic accidents are the leading cause of death there. As the old saying goes: it’s better to lose a minute of your life than your life in a minute… 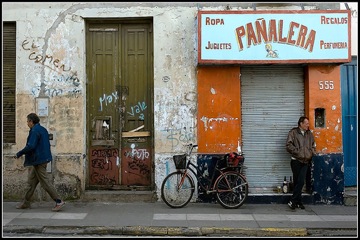 If there’s an accent in the world more annoying than the whiny sing song of Buenos Aires, we’ve yet to hear it. (I’ve received a lot of dissenting opinions on this point, but that’s my story and I’m sticking to it!)

I can still go out dancing and cavorting into the wee hours, returning home while others are commuting to work.

Buenos Aires is a nice place to visit, but I wouldn’t want to live there.

A. That first night I tried several flavors I had never heard of. One of them was the inimitable sambayón, made from farm fresh eggs and glugs and glugs of wine. Best place to sample this and other creamy, dreamy marvels: Heladería La Flor de Almagro (Since 1933! Located at: Estado de Israel 4727; tel: 4854-0717 – home delivery is, of course, available).

B. My Argentine friends proffered two reasons for this: 1) that porteños (folks from the capital) don’t know how to select and buy meat and 2) much of the domestic beef production in Argentina is being switched from grass-fed to genetically-modified soy-fed. ¡Buen provecho!