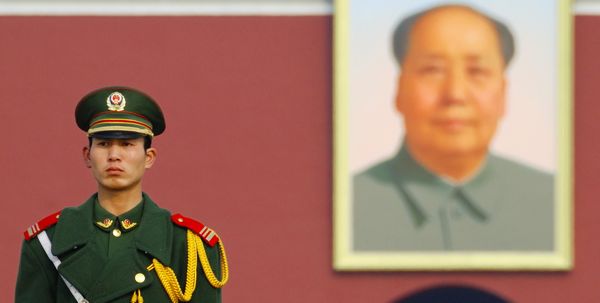 China doesn’t hesitate to crack down. Photos by Richard.Fisher.

Whatever you do, don’t try to smuggle heroin into China.

A British man who was caught smuggling a suitcase of heroin into China was put to death this morning. The British government reacted with vigorous condemnation, while the Chinese defended their right to apply the law.

While many Western democracies have given up the death penalty, China executed at least 1,718 people in 2008, by far the most in the world.

Whatever your feelings on the morality of the death penalty, the biggest story here is China’s increasing tendency to tell the West to piss off when it comes to their domestic policies.

No matter how loudly Britain howled, the Chinese were never going to bend the rules for a drug smuggler. Chinese determination to resist foreign pressure has serious implications for global attempts to deal with all sorts of pressing issues…like climate change.

What do you think about China’s stubbornness in the face of foreign outrage? Please leave a comment below!

What did you think of this article?
Meh
Good
Awesome
Bookmark
Posted In
Travel
Destinations
China