We were driving at about 100 clicks an hour. I’d seen some pretty forests in Poland, but this wasn’t one of them. Dark, craggy, and apart from the passing traffic it would be considered isolated. It wasn’t a freeway, it was more an interstate back-road. I saw a lady standing by the curbside in the sand by some trees. There was a large black plastic bag by her side.

Lots of makeup, attractive, and well dressed. Something seemed not-quite-normal. It was a strange place for such a lady to just be hanging out. Within a couple of minutes, I saw another. My mind subconsciously twigged. It was the third spotting, two ladies in matching mini-skirted uniforms, that erased any doubt in my mind. I had entered the lands – of the Polish forest whores.

Brothels, whorehouses, chicken houses, cat houses, dens of iniquity, knock shops, houses of ill repute, and bordellos are illegal in Poland. As the old adage goes, pimping may not be easy, and in Poland, pimping is also illegal. However, in Poland, consensual prostitution — selling sex — is perfectly legal. Motivated by these laws, industrious Polish prostitutes have taken their wares and prominently displayed them along roadsides that cut through the forests surrounding many cities in Poland.

Commonly, these ladies are referred to as tirówki. TIR is an abbreviation for Transports Internationaux Routiers — the moniker given to the many heavy-duty truck drivers that also travel these same wooded roads. I won’t profess to know who the main clientele of the forest prostitutes are. I will say that with drivers facing endless hours in the truck cabin away from home, well, combine that with the tirówki nickname and the conclusions are there to be drawn.

Despite the legality of prostitution, the forest prostitutes are members of the only profession that officially remains un-taxed in Poland. Unfortunately, this also means these citizens are not entitled to any social benefits, such as healthcare and other social welfare. In a country where all efforts to promote safe sex are hindered by the dominance of the Catholic Church, this is worrisome.

According to the daily newspaper Gazeta Wyborcza, 10% of all Poles under investigation by the tax office have reported their occupation as “prostitute.” The Warsaw Business Journal wrote about Polish tax authorities having to instigate procedures and systems specifically to interview the vast numbers of people claiming to be prostitutes. Avoiding income tax may not be so easy. Self-proclaimed prostitutes are now being asked to provide evidence of their working life, such as photographs or client testimonials.

Driving from Warsaw to Augustow, I would estimate that I saw around 40 forest prostitutes. Certain Polish legislators are not happy with this level of street prostitution in Poland. So, in 2007 a proposed nationwide ban on miniskirts, heavy makeup, and see-through or low-cut blouses was proposed, considered an appropriate method to rob prostitutes of means of advertising. Fortunately, the ludicrous proposal was not acted upon. 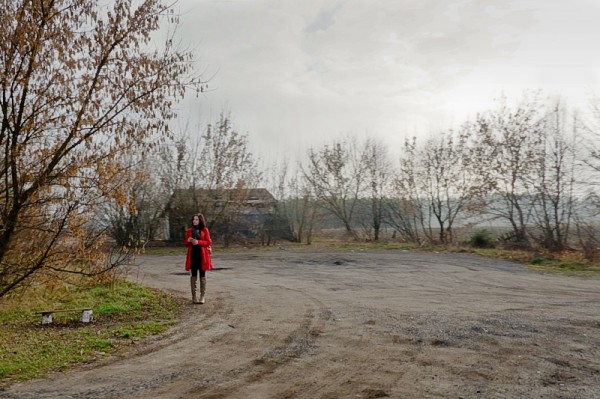 Smartly dressed, a Polish prostitute waits for a customer on her designated corner. 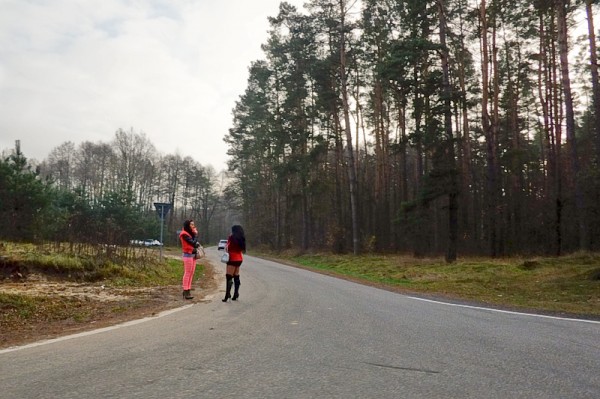 Tools down, time for a cigarette break. Polish forest prostitutes. 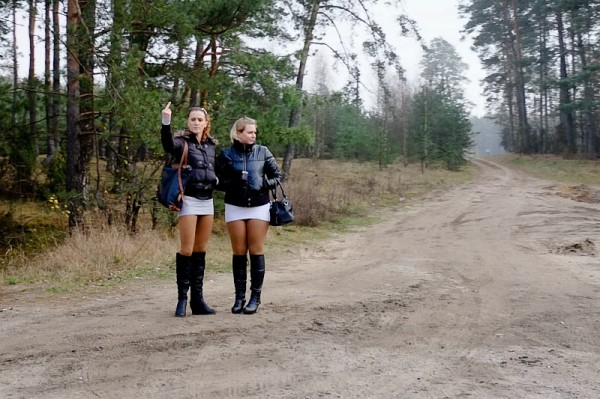 Personally, I didn’t expect to see scores-of-whores adorning the forested back roads of the Polish countryside. That morning, I was researching one of the most ancient forests in Europe, located not far from where these photos were taken. By lunch, I was reminiscing with friends about the surreal and strange world of the forest-dwelling prostitutes of Poland.

The thing is, I have many female readers. Above all, I respect, protect, and admire women the world over, especially those nearest and dearest to my own heart. I make no personal judgments on these forest ladies. Sadly, I am sure many of them are working as prostitutes so that they may simply have a roof over their heads, and meals each day.

Even sadder is that many are probably seeing their dangerous jobs as a way to get that new BMW or big-screen TV.

* PS, for accuracy and journalistic integrity, there are no doubt some other things I should mention. Such as but not limited to: not all of these ladies are Polish citizens, to some people “whore” is a bad word, and Poland is an incredibly interesting, diverse, and beautiful nation that doesn’t consist solely of prostitution. Obviously, prostitution and exploitation go hand in hand, and many will be wondering whether the accompanying photos could be considered exploitation, or at least poor taste in choice of subject. This site [as well as the site of original publication] has featured many examples of street photography from around the world, and to me, these photos fit fairly into that genre. It’s real life.

Editor’s note: This post was originally published by Yomadic and is reprinted here with permission.

Technology + GearEverything You Need To Backpack Through Europe
Tagged
Travel Warsaw, Poland
What did you think of this story?
Meh
Good
Awesome

7 Signs This Is Your First Time in Warsaw

5 Reasons To Ignore Your Guidebook and Visit Warsaw

10 Places Where Graffiti Is Legal