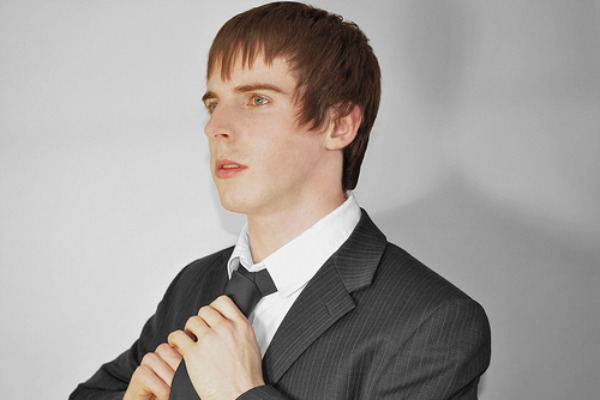 I was in graduate school, and I was broke. The easy way out hovered over me in a dreamy haze of financial stability and 403b plans: take the job offer at the school where I had just completed my student teaching. But after the three major firsts of post-undergrad life (first “real” job teaching English in South Korea, first trip out of the country, and first plane ticket) I couldn’t imagine doing anything else but going back to teach overseas.

My dreams of a glamorous life in Cairo, Bangkok, or Nairobi needed to take a slight detour, though – to Waterloo, Iowa, and the UNI Overseas Recruiting Fair. So begins the saga of my international school teaching career…and the longest ride on Greyhound in my life.

I wandered around, trying to look inconspicuous among the shuffling, muttering masses of transients and transfers. Turning the other way as a man got into a shouting match with a police officer, I finally pushed aside some fast food trash in order to hunch down and hide in a seat for a few hours. 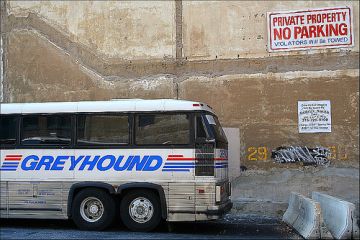 A rest stop somewhere in the Midwest

As it turned out, while I finally made it onto the next bus in Chicago, my bag did not. I had no clothes other than what what I had been wearing for the past 24 hours. I bought a three-pack of Hanes men’s white t-shirts, reasoning that out of all the options available, these might be something I’d actually wear again in the future. Remember, I was broke.

One of the hallmarks of the international teaching job fair experience is the sign-up period. This is somewhat akin to a cattle stampede. Tables are set up in a huge room arena-style, and candidates head to their top schools, turning in their invitation if they have one and signing up for a time slot, or turning on the sales pitch and angling to get into any remaining interview times. Beforehand you’ve done your country research, noted all available jobs in your subject area, and prioritized according to countries, schools, and assignments. Now it’s down to following your carefully mapped-out plan of which table to go to first.

Only as straightforward as that all may seem on the surface, it actually isn’t. Changes happen from hour to hour, minute to minute as positions get filled, new ones open up, and countries you never even considered, let alone thought were legal for Americans to go to, suddenly become possibilities. Weren’t they just in a war? Is that going to matter? Could I really teach middle and high school English and social studies? And maybe math?

Everyone else was in suits and other suitable professional attire. I was wearing one of my three precious white t-shirts, and apologizing to the administrators at the table for looking so casual. “You took a bus to here from Albany? Okay, you need to come to Turkey. Let’s get you signed up for an interview.” 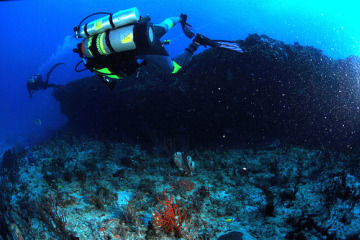 Throughout the fairs, administrators give sales pitches about why you should come work at their school. I was seduced by all of them, the possibilities of living and teaching in all these vibrant, exciting communities, working with bright and motivated students, travel opportunities such as hopping on a bus to the Caribbean and learning how to SCUBA…

I interviewed with schools from all over, including Turkey, Mexico, Haiti, and Honduras. I was waiting to hear back from a few, and turning over in my head the offer from Honduras: “The job is yours if you want it. You make the decision. You call us if you’re interested.” A solid job offer, a chance to use my Spanish, SCUBA diving…I took it.

Ostensibly older and wiser, I was back in the US, living and teaching in Colorado, and ready for a new adventure. Now I owned a car, and I decided to drive to Iowa. This was an infinitely better experience than the bus, although the title of a folk song from my DJ days in college kept coming back to me: “I Hate to Wake up Sober in Nebraska.”

In my message folder an unexpected yellow invitation awaited – one of the top Eastern European schools, one I hadn’t even really considered. I bolted toward their table and settled into an already impossibly long line, the longest in the room. After what felt like forever I made it to the front of the line, eagerly turned in my card, and heard, “Amy! It’s so great to meet you. I wanted a chance to say hello, since I noticed where you went to college. I taught in that town for many years and have many fond memories of it. Well, I’m actually only interviewing for my hard-to-fill positions right now; you’re the only English teacher I gave an invitation to. If any slots open up while I’m here I’ll be sure to get in touch with you. Best of luck at the rest of the fair!”

Much later, and much wiser 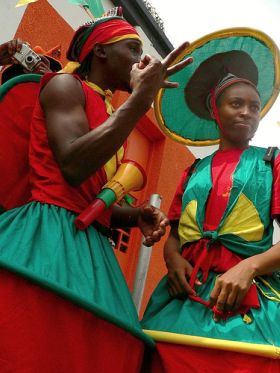 I interviewed with schools from Germany, Kuwait, Syria, and Thailand. Finally, I was down to my interview with the school in Cameroon. Here I got the hard sell – “I’m offering you the position, you’ve got about five minutes to decide, you’re my number one candidate, I’ve got other English teacher interviews after yours and I can’t guarantee this later on…”

I took it. Later I drove back to Colorado, racking up ridiculous cell phone charges calling friends and family and announcing in gleeful shock: “I’m going to Africa!”

This time it was different – I was signed up with ISS, International School Services, and had purchased a bank-breaking ticket from Cameroon to Bangkok, plus reserved rooms at the Shangri-La. Administrators had access to my file beforehand, and started contacting me for interviews right away. With the advent of Skype and the often exorbitant expenses (did I mention I had already bought a ticket from Cameroon to Thailand?), fairs are quickly on their way to becoming obsolete.

An administrator from a little school in Kaohsiung, Taiwan, a city I’d never heard of before, and I started talking. Several skype interviews later, he offered me the position, and I took it.

Three years and a horribly expensive vacation in Thailand later, I am still in Taiwan at a small but growing international school, preparing to come back for a fourth year of teaching high school English. I don’t know what types of hiring experiences await me in my future, but I’m sure my time in the job fair milieu so far has prepared me well for whatever happens next. If you are considering this crazy but exciting path for your future, here’s what I would keep in mind: be flexible, be ready for the unexpected, and never underestimate the power of a men’s white t-shirt.

Have you ever attended a teaching recruitment fair? Let us know about your experience in the comment section.

If you are considering a career in international teaching, check out Matador intern Heather Carreiro‘s guide on How to Become an International Teacher.

The 13 best digital nomad visas from around the world
10 sexual practices from around the globe that remind us the world is a big, beautiful place
Drink your way across Texas wine country on this Christmas wine train
How to plan for 2021 travel in the age of COVID, according to 23 travel agents
For the perfect day of hiking and Colombian coffee, head to Jardín

I won a dream travel job off social media. This is what it was like.

Ask the experts: Travel tips and stories from airline professionals