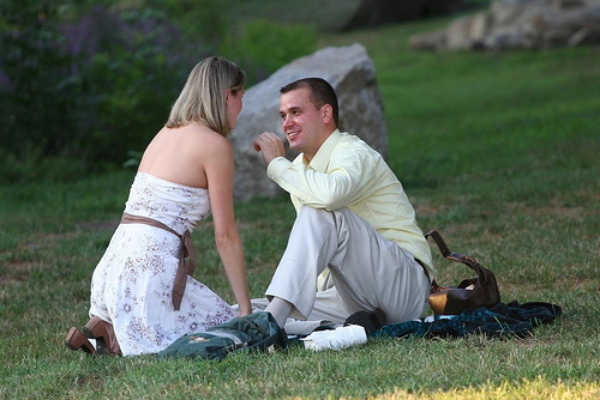 Why do we swoon over some accents and gag at others?

Carrie, an American reader desperate for advice, submitted the following question to the Non-Expert:

I recently started dating a British guy. I think he’s cute, but maybe it’s just that he has an English accent. How can I tell the difference?

Carrie did not know if she was actually physically attracted to her British beau or if she was blinded by his accent. The way a person speaks can change our opinion of him, whether it be in a negative or positive way. According to Merriam Webster dictionary, an accent is “a way of speaking typical of a particular group of people and especially of the natives or residents of a region.”

Technically speaking, every speaker has an accent, but we generally perceive people who speak differently than we do to have an accent. Different standard dialects within languages can be considered different accents, although even within a particular country or city you can find dozens of different speech patterns and ways of speaking.

If you search “hot accent English,” the first hits to come up are American women discussing British men. Years of James Bond, the royal family, and American women’s fantasies of marrying rich British lords and residing in English country homes have bolstered the image of the sexy Brit. The Austin Powers movies totally play in to the stereotype that women cannot control themselves in the presence of men with British accents. The Non-Expert writes to Carrie:

When it comes to the attractiveness of British men, American women are simply incapable of rendering a proper judgment. Bad teeth, the unibrow, Guinness bloat, doesn’t matter; hell, we think Tony Blair is hot. Studies have proven that British accents are, in fact, the number one cause of hot women dating nerdy men.

Men are also in on the fact that American women like British accents. Author and NPR commentator Paul Davidson writes:

As just a normal American guy, there are just some things I can’t pull off. If I were to walk into a bar, spot a girl on the other side of the room, approach her and say, “You are quite fetching, so much so that I could just eat you up!” you would throw a drink in my face. But with an English accent? You would want to have my children. As just a normal American guy, if I were to offer to walk you across the street you would sack me in the face with your designer Kate Spade — but with an English accent? You would accept and then call all your friends to tell them the story about the debonaire English chap who proved to you that chivalry was indeed, not dead.

It seems well established in pop culture that American women just cannot resist the British accent. During my undergraduate days at UMass-Amherst, fellow linguistics major Galina Lastovkina and I decided to do some sociolinguistics experiments to see which accents UMass students found sexy. 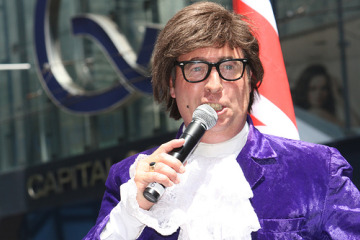 We recorded samples from native speakers of Spanish, Portuguese, Romanian, Chinese, Korean, Thai, Japanese, German and Russian. Using focus groups and questionnaires, we had groups of men and women between the ages of 18 and 28 listen to the samples and rate how attractive they thought each speaker would be based on the recording. We also asked the listeners to guess the native language of each speaker and tell us what accents they thought were sexy.

What we found was interesting. Both male and female listeners consistently gave higher ratings to speakers who sounded more native-like. For the speakers who were rated as “most attractive,” listeners often guessed them to be from countries like Canada, England, or the United States where English is a native language.

For the male listeners, four of our five female Asian speakers came in as the four “least attractive.” While the men were not very successful at guessing these four women’s native languages, 90% of the guesses offered were for Asian languages. There was a high correlation between the perception that a speaker was from North America or Europe to a high attractiveness rating.

When asked what accents are sexiest, 80% of the women included Australian in their lists. One focus group was quite upset that a survey of sexy accents did not include Australian, British, Scottish and Irish men. They informed us that there was a Scottish boy in their dorm whose accent was “much hotter than any of those [the samples].” The Romance languages cracked the hot accents list with 20% of the girls each mentioning French and Italian.

Galina and I expected the women to be wild about the British accent, but it seems we are moving from seeing prestige and attractiveness in men with manor homes in the U.K. to wanting men to be from the more “adventurous” country of Australia. American women prefer mountaineers, world travelers, surfers and crocodile hunters to polo players, so Prince Charles better get ready to step aside. 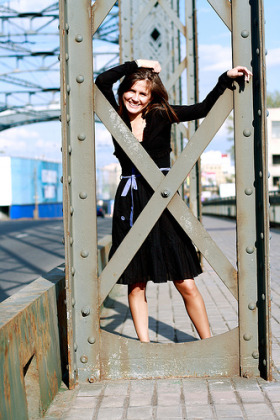 Are Australian men the new cowboys for American women? According to UMass college students, they are. With Australian backpackers starting to make their way around and have more contact with American travelers, the accent and the men are gaining popularity. Australian men may also gain some points by addressing every woman they meet with terms of endearment such as “love.”

Among the men, there was no such consensus. The focus groups referenced certain pop stars or actresses when giving their answers: “British definitely. I love those Spice Girls, especially Posh.” For the guys the accent seemed like it had to trigger a visual representation of the girls. One guy said he thought Hispanic/Latina accents had a hot reputation because “you can picture scantily clad women…going out dancing.” The female focus groups didn’t even talk about looks; they only talked about how sexy the men sounded.

So what makes us think a certain accent sounds sexy while another accent is revolting? In our study, people rated accents that sounded more familiar and native-like as attractive while they rated accents that were markedly more foreign (and more difficult to understand) as less attractive. Perhaps this stems from our desire to communicate intimately with those we have romantic relationships with, but perhaps these ratings also tie in to our own preconceived notions and stereotypes about different ethnic groups.

What about you, which accent do find sexiest in English? Which accents do you find unattractive? Do you think we tend to find accents closer to our native languages as attractive?

[poll id=”15″]
What did you think of this article?
Meh
Good
Awesome
Bookmark
Posted In
Travel