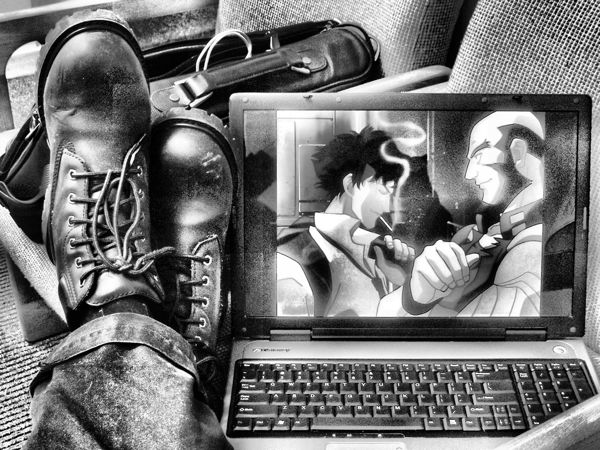 Wi-fi zones have long been branching out to more than just cafes, hotels, and airports. Check out a few of these surprising hotspots.

As long as a beach bum is within sight of one of the elevated antenna locations along Pier Avenue in LA, he can surf the net. The Hermosa Beach wireless system (WifiHermosaBeach) has been up and running since February of 2008. 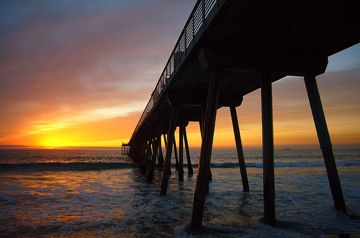 Plans for integrating 200 coin-box telephones with wireless connection into Moscow’s Comstar network began back in 2007. Customers can use pre-paid cards, SMS-authorizations and MGTS phone cards to access the Internet.

Since then, other cities have jumped on board. Hong Kong offers wi-fi at a few hundred phone booths throughout the city, and internet street kiosks have also popped up in London, Amsterdam, Dublin, Berlin, and New York. The price is typically steep, but these are convenient if you’re desperate to get online. 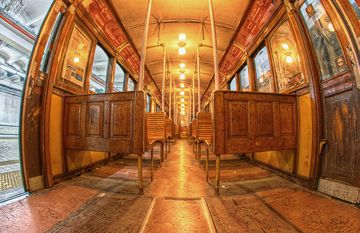 No, not your favorite sandwich shop, although a few of those have been known to offer wi-fi, too. But in some cities, it’s possible to check out the latest YouTube vids…well, while riding the tube.

Buenos Aires became the first city to offer free Internet access in subway stations a few years ago, and several cities have followed suit, including Hong Kong, Glasgow, and Boston.

Specifically, Westhaven Marina, which is now the largest marina wifi zone in the southern hemisphere.

Coverage at Westhaven is provided by Auckland City Wi-fi, a collaboration between the Auckland City Council, Kordia (leading provider of broadcast and telecommunications networks), and Tomizone (Australasia’s largest wi-fi provider) that covers seven zones across Auckland.

Marina hotspots are becoming more common, and there are several around the world, including Canada, the U.K., Europe, and several states in the U.S. 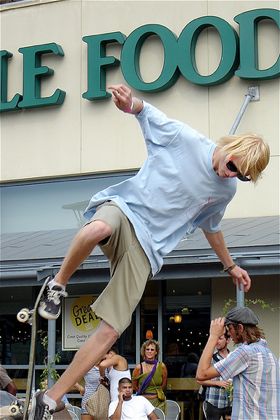 As announced on their blog in April of 2009, now customers can stay connected to the world while shopping for local food, or enjoying an organic soy latte in the Whole Foods cafe.

Bonus: Now you can run a Google search for the weird stuff in the produce section. (You know what I’m talking about. That spiky orange football-shaped thing.)

At Florida State University’s Don Veller Seminole Golf Course, wi-fi isn’t just for the club. Thanks to the GPS Industries’ Inforemer HDX display units on their golf carts, combined with an integrated wi-fi communications network, the entire facility is a hotspot.

Internet access on the green helps the staff monitor play to keep things running smoothly. And Tim Melloh, General Manager, adds, “Even the ability to order food from the course’s Renegade Grill while you’re out on the course will save golfers time at the turn.”

Wi-fi in India may not seem so surprising, but for this small village of 2,000 people, it’s almost miraculous.

As of 2005, Sarohan didn’t even have electricity, so the 20-metre wif-fi tower that looms over the thatched roofs and mango orchards provided a much-needed way to communicate with relatives.

The tower was provided by IIT Kanpur’s Digital Gangetic Plain Project, which has taken phones and internet connectivity to 10 villages in and around the Unnao area.

We can’t let COVID-19 be the end of inclusive travel Should I cancel my summer travel plans? Loop from Boston to California and back on the ultimate US train trip 17 things you didn’t know about the Cook Islands What I learned from a Saturday night out in reopened America