14:06 Apr 22, 2020
Top Countries
Top CitiesView All Destinations
Trending Countries
Trending Cities
Load More
The pain of women all over the world is palpable. When is something really going to change? 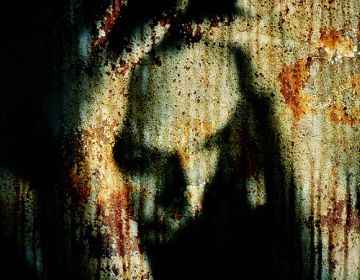 The original plan for today was to find and write about something funny making it’s way around the internet, it being Friday and all.

Or maybe something about Halloween, its origins as All Hallows Eve, the day before the beautiful celebration of the Day of the Dead.

But instead, I feel a bit overwhelmed. Overwhelmed with being a woman, living today, in the world in which we live.

That might come as a surprise, what with me being a white gal living in America, and though far from rich, just as far from destitute.

Yet, I can’t turn off what happens to my sisters throughout the world, both abroad and right down the street. From death threats to a doctor who performs reconstructive surgery on women ripped to shreds through female genital mutilation, to the gang rape of a 15-year-old high school student by up to ten 16-25 year-olds in the town next to where I used to live, we are not safe.

We are mothers, we are sisters, we are friends. We give the gift of life to those who wish to keep us down or take our lives.

I can’t help but recount the number of women I’ve known that have been sexually abused, assaulted, or raped repeatedly. There are many more that have than not. I also can’t help but struggle with my own “maybe” and all the implications it has had for my life. Who would I be now if it, whatever “it” was, hadn’t happened?

The Power of a Single Moment

Think, for just a moment, what effect we have on each other in our passing interactions every single day. Bridges are built or destroyed by single words or sentences, intentions are paramount to success or failure, and whether we choose to scream out in anger or somehow engage in dialogue can impact us for hours, days, weeks and months to come. 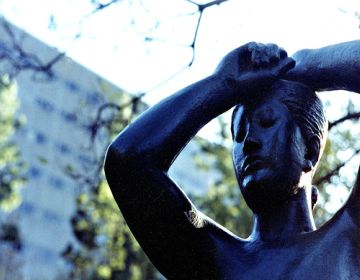 Now think about the long term impact of an unwanted, and as is often the case for young girls, a misunderstood advance. The repercussions are a life of mistrust of themselves just as much as others, and acting out in ways in can take a long time to process or come to terms with.

Further down the line, you have women that will never, ever, EVER experience sexual pleasure in their lives – and in a way, what it means to be a woman – because all that is left “down there” is scar tissue.

What about the ever present “rape as war tactic” that is valued by military (and apparently, peacekeepers) the world over, despite the recent UN resolution classifying it as a weapon of war? What exactly does that resolution do to change anything?

And maybe, worst of all (is this even an area for comparisons?), are those girls and women, living in “free” Western countries, who are sexual slaves. Look no further than the Houston Maria Bonita Cantina or the Asian massage parlors in San Francisco to contemplate the complete ravage of life this $8 billion international industry promotes. I’d honestly rather be dead than in their place.

The End of Oppression?

As I write, I wonder if this world will ever exist without the oppression of women. Even that word, oppression, hardly scratches the surface of what these tactics do to women; they rob part of our soul. There has got to be a word that when said, strikes at the heart of men who commit acts against women – something that implores them to feel what tremendous pain and anguish their actions cause.

There is a small part of me that understands that even if they rob a bit of your soul, it’s regenerative.

At the very least, I’m amazed again and again at the resilience I see in the many beautiful women that surround me near and far. There is a small part of me that understands that even if they rob a bit of your soul, it’s regenerative, like a starfish. We have the power to heal ourselves.

But what can also help it to regenerate are the men who understand it’s not about protecting the women you love – it’s about changing the mindset of the men who don’t love women.

Travis Burke on passion and dedication