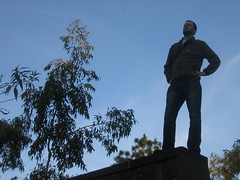 Announced today over at Matador Travel, is the acquisition of BNT into their fold.

The word “acquisition” sounds very official, but as you know from reading our mandate, we’re not about being too official. We’re about having fun and publishing authentic content you rarely read anywhere else.

Basically what happened is Matador’s founder Ross Borden, approached me with a vision that made sense – join forces to complement each community and build something out of the collaboration that is ultimately better than what we could do alone.

Co-editor Tim Patterson, who is also an active member at Matador, eloquently put it as:

Matador and BNT are not just a motley collection of articles, travel stories, destination guides, internet forums and social networks. They are communities of passionate travelers – thousands of us, brought together from the far corners of the world into one space, one global campfire where we are able to have a conversation.

So what does that mean in concrete terms over here at BNT?

On the surface, not much will change. I will remain as the Editor-in-Chief and Tim Patterson will stay on as Co-Editor. BNT’s design will stay relatively the same – with some exciting new additions to the look and layout.

As for content, the new partnership means we can split article topics among the other blog in Matador’s network, The Traveler’s Notebook. BNT will focus more on what it does best – spiritual travel, politics, relationships on the road, and more.

But like any grand endeavor, we must leave room for organic evolution. This is an exciting time for BNT and Matador, and we’re just getting started.

If you haven’t yet, grab our RSS feed or subscribe via Email.

As I wrote way back in our very first post, I promise, it will be a ride. Thanks for hopping on board thus far.

Ian MacKenzie is editor of Brave New Traveler. Aside from writing, he spends his time exploring the fundamental nature of existence and wishing he did more backpacking.
What did you think of this article?
Meh
Good
Awesome
Bookmark
Posted In
Travel