14:06 Apr 22, 2020
Top Countries
Top CitiesView All Destinations
Trending Countries
Trending Cities
Load More
It’s that special time of week, when Ian rounds up his favourite links from around the web. 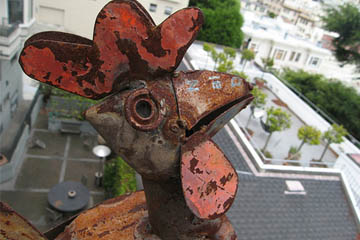 “The American DNA encodes wanderlust ambition, and a romance clings to Mr. Obama’s story. The roamer who would make himself and his land anew is a familiar archetype.”

Matador’s own David Miller ruminates on travel writing and the one book that’s influenced his own style, in this great interview with Written Road.

Looking for an alternative to the regular hotel circuit? Check out DarnGoodDigs.com for unique, independently owned options. Oh yes, and the people behind the site are nice too.

Here’s something you don’t read every day: The price of rat meat has quadrupled in Cambodia this year as inflation has put other meat beyond the reach of poor people.

Speaking of the meat, Jim Motavalli says there’s never been a better time to break up with meat. He writes, “evidence shows that our meat-mased diet is bad for the environment, aggravates global hunger, brutalizes animals and compromises our health.”

With the release of another awful spoof film “Disaster Movie,” the CBC has tried to at least salvage a shred of value. Read Ten things I learned from watching disaster movies and you’ll be prepared should catastrophe strike.

No Impact Man writes a thoughtful post on our culture of stuff, posing the question,”are the things we’re supposed to want making us happy? Because for certain, our having more stuff is not making the planet more happy.”