14:06 Apr 22, 2020
Top Countries
Top CitiesView All Destinations
Trending Countries
Trending Cities
Load More
After a brief hiatus, it’s that time again for editor Ian MacKenzie to round up the best links from around the travel-web-o-sphere. 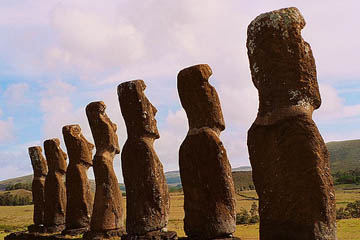 “The surface of Mars is in better condition than most Albanian highways, but that didn’t stop the driver from playing chicken with the approaching trucks.” In this harrowing piece, Robin Esrock reveals his 10 Tales of Transit Hell.

Celine Rogue, writing for Web Worker Daily, experiments with just how far she can leave civilization and continue to work. She also offers some great mobile tips in her article on web working for the road.

“We live in two Americas. One America, now the minority, functions in a print-based, literate world. The other America, which constitutes the majority, exists in a non-reality-based belief system.” Read this provocative article that was originally titled America The Illiterate.

With the election of Obama to the White House, the US has now become a beacon of virtue and tolerance right? Just don’t tell that to Catherine Vogt, 14, an Illinois 8th grader who experimented by wearing two different shirts to school. The results will surprise you.

Chalk it up under hilarty. Amber Mac lists her Top 5 Internet Culture videos, with some new picks and old gems.

Finally, get inspired with an interview with travelblogger Gary Arndt of Everything Everywhere. He sold everything to hit the road now for over a year.