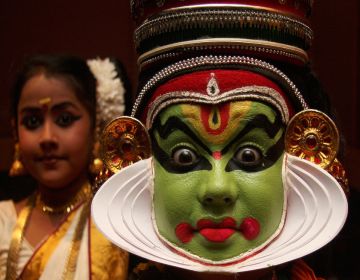 First off, if you are pondering whether or not to check out a sacred temple during your next trip, you may (or may not) want to put one of these on your list: 5 Temples & Monasteries on Perilous Cliff Sides.

Think Buddhism is all about peace and love? Not so, according to Michael Jerryson, who discusses Buddhism’s “dark side” in his article, Monks With Guns: Discovering Buddhist Violence. Luckily, BNT’s own trusty Buddhist, Ian MacKenzie, enjoys taking his beard on peaceful adventures, and has the pictures to prove it.

At Matador, we’ve been keeping a close watch on the ups and downs in Haiti. A few other news sources have felt the need to dissect “taboo” aspects of Haiti culture, including Voodoo. On the other hand, part of an interview with Rabbi Brad Hirschfield, Jew Do Voodoo? A Jewish View, looks at how Voodoo and Jewish tradition have more in common than most people would think.

If you are interested in the view of another earth-based tradition, watch this moving video on where America is headed, according to a Hopi Elder.

We love seeing people at MatadorU make the career change to travel writing. Here’s another great roundup of how to go about developing a “small” business (i.e. travel-writing you): 9 Unconventional Steps to a Thriving, “Very Small” Business.

Finally, with Valentine’s Day on the horizon, we couldn’t help but wonder, if being encouraged to have sex in a restaurant bathroom isn’t romantic, what is?

Have a great weekend!