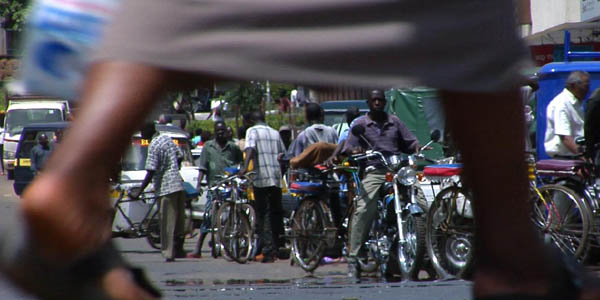 Brook Silva-Braga discusses his second film One Day In Africa, examining Africa through the eyes of ordinary citizens.

Portraying Africa is a daunting task. Descriptions are often rife with stereotypes of warring tribes, starving children, or the AIDS epidemic.

Outsiders tend to view Africa as a single country, rather than a complex and sprawling continent.

As one satirical writer put it in How To Write About Africa: “Africa is to be pitied, worshipped or dominated. Whichever angle you take, be sure to leave the strong impression that without your intervention […] Africa is doomed.”

Brook Silva Braga, on the heels of his previous backpacking film A Map For Saturday, decided to tackle the challenge the only way he felt necessary – through the experience of ordinary Africans.

The result: One Day In Africa.

After viewing a pre-release screener, I caught up with Brook for a provocative discussion on the journey through his second film.

BNT: How did you come up with the idea for One Day In Africa?

BROOK: I wanted to travel Africa for awhile and an opportunity came up about a year ago to join a group driving the continent north to south.

From the perspective of a documentary the trip offered a great chance to visit a large part of the continent but the disadvantage of moving through each place pretty quickly. So the solution I came up with was to profile people throughout Africa but only for a single day.

The strategy also put the story very much in their hands because I had less raw material to work with than usual. 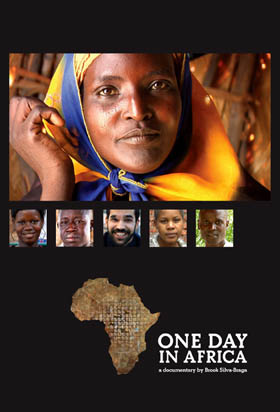 How did you decide on your subjects?

How I found people really varied a lot, some I just stumbled upon while others I sought out for some special perspective they had.

As in any film, compelling subjects are very important but I also wanted to avoid the easy traps of filling stereotypical boxes like ‘the guy with AIDS’ and ‘the woman in a refugee camp.’ Instead I was looking for people who could articulate what was important to them and give a sense of what life in their community is like.

Did you find your second film easier or harder than your first?

The first one, A Map for Saturday, was certainly more fun to make because I was living the backpacker life for a year and just generally having a great time.

One Day in Africa was more taxing physically and logistically but from a creative perspective it was probably easier because there was much less raw material and I had the experience of the first film to guide me.

Many people think Africa is dangerous. Did you ever feel unsafe during your shoot?

There were a couple nervous moments in my five months there but nothing really bad ever happened. Africa is much, much safer than most people probably imagine.

I’d argue that Mali is safer than Spain, Kenya is safer than Brazil, Malawi is safer than Thailand. There are certainly pockets of Africa that are among the world’s least safe places but they make up a small percentage of the continent.

Like A Map For Saturday, you play a role in your new film – this time as the unseen interviewer. Why did you decide to include yourself and how did that alter the style/perspective of the film?

I don’t think I’d describe myself as “playing a role” in the film any more than I’d describe Scott Pelley as playing a role in a 60 Minutes story. In fact, its that type of long form journalism that most interests me as a model for good documentaries.

I think interviews are much more interesting if there is someone prodding the subject, acting as a proxy for the viewer, rather than being silent.

At one point you have a tense discussion with Osama in Morocco. He believes Jews were responsible for 9/11 and you clearly disagree with him. As a filmmaker, was there a dilemma whether to remain an “observer” of your subjects or to assert your belief of the facts?

I think the way you phrase that question gets right to my opinion on where to draw this line.

I believe as objective fact that Jews were not responsible for 9/11, I don’t think that’s a “belief,” I think its a fact. At some point you have to make some choices about how you interpret reality and that’s one I’m willing to make.

But I’d also point out in that same exchange Osama presents some interesting thoughts on the appeal of Osama Bin Laden to him and other Muslims and I go out of my way not to contradict his opinions even as I try to draw out the thinking behind them. 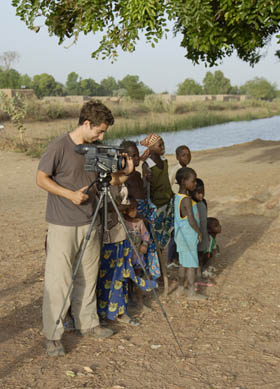 You mentioned to me that this film “lives or dies by not always making the audience feel how they want to feel.” How did this sentiment play into your portrayal of Africa?

I think the reason I said that is because part of what I was trying to do with One Day in Africa was to prioritize what was important to the subjects rather than the viewers.

There are some powerful points to be scored by exploiting westerners’ sympathy, guilt, or pity when telling stories from the developing world and it was my goal to make it more complicated than that.

I think too many of the words and images coming from Africa originate in one way or another from people who seek donations for a certain cause from the rich world.

I saw my role as providing a channel from Africa to the west that wasn’t influenced by any special interest or agenda.

Were there any favourite scenes that didn’t make the final cut?

There was one compelling scene early in the morning with Titus in Kenya where he describes what he went through during the post-election violence there. But the film is chronological so by revealing the most important details of his story first thing in the morning it didn’t leave much to be told later.

So I finally just had to cut the scene and let material from later in the day reveal the story. The good thing about Titus was he could talk and talk and talk so I got all his stories two or three times during that one day.

What was the most important life lesson you took away from the experience?

I think that general principle extends beyond simple political thought.

I think whatever beliefs you have about people and societies unlike your own, you realize when you spend some time in these places that your ways of thinking about them are simplistic and too often based on a frame of reference that no longer applies when you leave home.

One Day In Africa premieres March 26 at the Cleavand Film Festival. Check the website for an upcoming screening near you.

Read our previous interview with Brook Silva Braga about his first film A Map For Saturday.