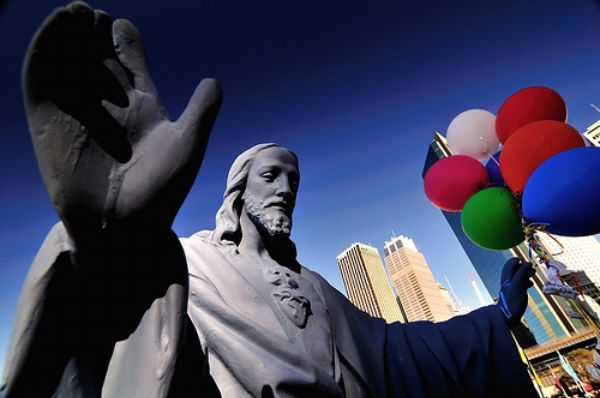 Has Fundamentalism taken over Christianity, or is this just something that the mainstream media would like us to believe?

Time for some controversial religious and political talk from the left:

Frank Schaeffer is a reformed fundamentalist Christian who still considers himself a Christian today. But when it comes to a poll stating that 35% of people in New Jersey believe that Obama may be the Antichrist (the numbers look a bit lower here), he notes “that within our culture, we have a subculture which is literally a 5th column of insanity…can Christianity be rescued from Christians?”

He also believes that as a former life-long Republican, the party must not continue to “cater to the village idiot” (in his words, fundamentalist Christians).

I get where Schaeffer’s anger, his inflammatory speech, and his reactions are coming from. I can’t watch news on TV for fear of a Glenn Beck, Rush Limbaugh or Bill O’Reilly popping into view and just pissing me off from the first moment they open their mouth. After seeming to bridge some of our differences in the US with Obama’s sweep in the elections, it now feels as if America has become more fractionalized, and fundamentalist on several fronts, than ever before.

At least if you look at corporate media and polling.

Nosing around the internet, I came across such sites as catholicanarchy.org, written by a doctoral student in theology, Michael J. Iafrate. He covers issues from a religious perspective that are close to my own heart, like the unconscionable reality that corporations get away with everything because they are considered a “person” in the eyes of the law.

And what about the activist church/organization Los Angeles Catholic Worker? To them:

If we too desire to become citizens of His Kingdom, then we must live our lives in proximity to and in solidarity with those who are at the margins of our society…[we] regularly offers prophetic witness in opposition to war-making and injustice.

I can certainly get on board with that perspective. Plus, there’s the Christians for Peace in El Salvador, a faith-based organization that bridges the poor communities in El Salvador with ones in the US, and “is politically non-partisan, committed to nonviolence and supportive of the faith journeys of one another.” 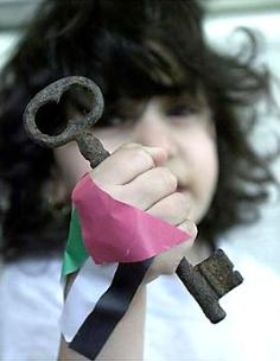 There is no doubt in my mind that there are Fundamentalist Christians who believe Obama is the Antichrist, that all women should stay in the kitchen, and that people like me are going straight to hell really, really soon.

There always have been fringes of every belief and religion, and there always will be.

Yet, is the loud, Fundamentalist Christian sector really becoming the majority, or is that what mainstream media would like us to believe? Is this viewpoint necessary to keep the news sector churning, and to keep us in fear, whether on the left or the right?

It is worth taking a look at the people who surround you, the continued growth of Christian organizations who are social-justice, food-justice, and eco-justice oriented, and getting news from mainstream media in little sound bites instead of heaping spoonfuls before you come to a conclusion.

And, by the way, I’m not a Christian, Fundamentalist or otherwise, if you have yet to guess.

Do you think that Fundamentalist Christians are really taking over the religion, or is it a media ploy? Share your thoughts below.