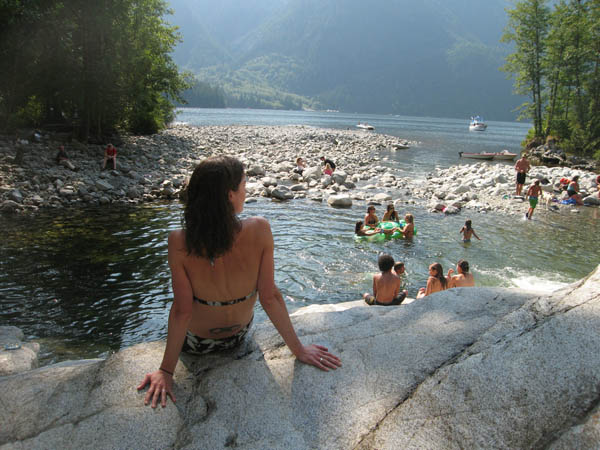 I’ve been married now for almost one year.

That’s almost 12 months since donning a tux, standing in front of my family (and hers), and slipping a ring over her finger, declaring that this woman, this person, this wonderful sliver of soul, shall be my wife.

My how the time flies.

Since that moment I’ve often pondered what’s changed in our relationship. After all, my wife and I had lived together for almost 3 years before I proposed. We’ve eaten together, sparred together (literally, in martial arts she broke her toe on my forearm) and even traveled together.

Rest assured, spending 2 months with anyone on the road will reveal very quickly whether or not you’re compatible.

My best friend has had a different situation with his significant other. We’ve both spent much of the past year on the road, which has occasionally put a strain on my marriage, and certainly prolonged the “courtship” phase of his relationship.

In those many nights in transition, on the bus or in another foreign home, my friend and I have discussed the differences between having a girlfriend and being married. Who should be missed more? What type of relationship demands your presence, and defines how you exist together when in the same space?

It could have been accumulated wisdom from my year of marriage (or maybe just the beers), but an epiphany came to me recently that I wanted to share:

Allow me to explain.

When you haven’t had cheesecake in a while, and someone puts a rich slice in front of you, glinting fork on the edge of the plate, chances are, you’re going to enjoy it. It’s creamy, cheesy, and all around delicious. That is…until you have one bite too much.

It’s been my experience that healthy early relationships limit their exposure of each other to infrequent doses.

That’s the thing about cheesecake. It’s amazing until you go overboard.

Girlfriends tend to be the same – it’s been my experience that couples in healthy early relationships limit their exposure of each other to infrequent doses. This way, when you’re together you have plenty to talk about, discover, and experience, until it’s time to part ways and plan the next encounter.

Couples that spend too much time together at this early stage tend to burn each other out.

Wives, on other hand, are much different. Married couples tend to spend a lot of time together. Some even appear joined at the hip. Often they become like a single entity, sharing decisions, thoughts, and opinions.

But in the best marriages, being together is not something conscious. You don’t “decide” to be together day to day, you just are.

Which is exactly like oxygen. You don’t consciously decide to breathe moment to moment. You are not worried if oxygen will be there or not, whether they’re still committed to you, or whether they’re suitably entertained or not.

Of course, not all girlfriends are like cheesecake. And not all wives are like oxygen. But I find the best and most complimentary relationships follow this theme.

I could go on…but all this talk has made me hungry for cheesecake. (The real thing…don’t worry, honey).

Ian MacKenzie is editor of Brave New Traveler. Aside from writing, he spends his time exploring the fundamental nature of existence and wishing he did more backpacking.
Tagged
Couples
What did you think of this story?
Meh
Good
Awesome