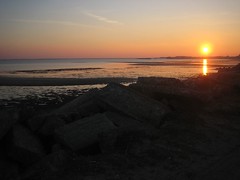 Every New Year, my family gathers around the fireplace and makes two lists: one list of accomplishments from the previous year, and one list of goals and resolutions for the year to come.

Some resolutions continuously appear (such as John wants to lose 15 pounds) – but never make the accomplishment list. Other resolutions are written only once, and are quickly forgotten (like Tim wants to kill a deer).

What’s most satisfying is to see a resolution become an accomplishment from one year to the next, like when Tim wants to “lrn haw to rid and wrt” became “Tim learned how to read and write.”

In the spirit of the New Year, the three of us here at BNT decided to cozy up around a virtual campfire stretching from Vancouver to New York to Tierra del Fuego, and put together our own lists of accomplishments and resolutions.

A lot has happened in the past year since Ian’s last year-end roundup, and we have big plans for 2008.

What’s a year without goals? Here’s what we’d like to accomplish in 2008:

As we made these lists, we realized that all of our accomplishments and resolutions depend on you: our wonderful readers and contributors. So thanks for a great year, and here’s to many more!

BNT contributing editor Tim Patterson travels with a sleeping bag and pup tent strapped to the back of his folding bicycle. His articles and travel guides have appeared in The San Francisco Chronicle, Get Lost Magazine, Tales Of Asia and Traverse Magazine. Check out his personal site Rucksack Wanderer.
What did you think of this article?
Meh
Good
Awesome
Bookmark
Posted In
Travel