Jason Silva is not your average 26 year old.

But lately, Jason’s found a flaw in the human condition that has been troubling him. That flaw is death. He confesses he tried to find answers in a variety of religions and philosophies, until settling on science.

I caught up with Jason to interview him on his short film, and to uncover the deeper issues on the end of death.

BNT: What philosophies did you explore prior to science? What answers didn’t they provide? 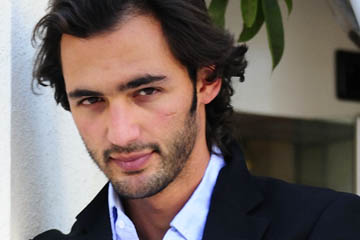 JASON: I’ve always been an analytical thinker- trying to understand the human condition. Perhaps it comes from being a bit of a control freak- to understand something gives me the feeling of control.

One of my majors in university was philosophy- I loved existentialism and I loved a course titled “philosophy of space and time.” I was also an avid individualist and read a lot of Ayn Rand’s work.

I loved the idea of man as a heroic being- one that should never bow down before stifling religion or collectivist political tyranny. I was looking for an answer to the problem of existence- I suspected it had something to do with meaning but at the same settled I for mindless hedonism (fun, but ultimately unsatisfying).

Today, however, I know that’s not enough because it doesn’t solve the problem of finitude.

You mention that seeing old photographs and footage fills you with melancholy. How do you feel when looking at photos/videos from previous travels?

Watching old footage from previous travels usually enlivens me and reminds me of the sublime. I become filled with the “happy-sad” sensation- the bitter-sweet euphoria of seeing something inspiring while being aware that the moment is gone.

Old footage gives me a taste of immortality because I get to “return” to a moment, (usually one of revelatory ecstasy)… where I passionately bombarded the camera with exactly why this moment meant something to me- That’s the highest of highs.

What I really like to do is add a piece of music to the footage that elicits precisely the type of visceral feeling that I felt at the moment I recorded the footage.

That’s the point: It provides a forced reflection/examination of a moment that mattered! This prevents me from ever taking perfect moments for granted. The exquisite and the sublime are sacred.

You quote The Immortalist in your film – how did you come across it and why does it resonate with you?

After watching the brilliant film Vanilla Sky, I spent hours on the internet researching Cryonic Suspension.

If we removed finitude from the human condition, life could be transformed into an eternal now- no more existential anxiety.

This idea that we could preserve ourselves until the technology was there to repair the wear and tear of aging and eventual pathology.

Like the lucid dream that was presented in the film, if we removed finitude from the human condition, life could be transformed into an eternal now- no more existential anxiety.

I started reading about Ray Kurzweil and Aubrey de Grey, brilliant thinkers who professed that through scientific engineering we would someday conquer death.

The philosophical implications and motivations behind this, however, were best described by Alan Harrington’s masterpiece, “The Immortalist”- a manifesto of sorts that dared to challenge our cosmic inferiority complex and complacent attitude about our “inevitable” demise, and instead challenged us to engineer (with SCIENCE) an ageless and divine state of being.

This is where science would satisfy the yearnings of existential man, who for too long was suffering as a consequence of being aware of his mortality. 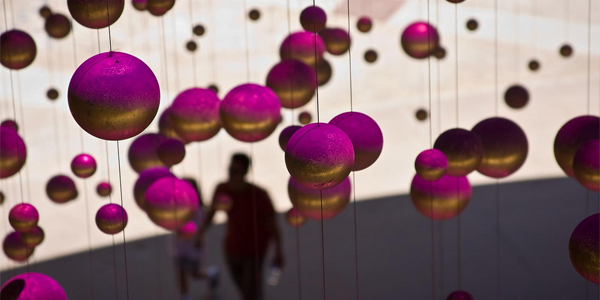 “Eliminating death is playing God, but doing triple bypass surgery is just fine.” This is an excellent argument against the people who believe humans should not tinker with death. In what other ways do we already intervene against the natural biological processes?

I believe humans have always overcome their biological limitations. It is what has brought us out of the caves and onto the moon.

We have cured ourselves of diseases, we fly remarkable machines through the air at 500 miles per hour. We communicate instantly and wirelessly across the world.

Why is it such a stretch to imagine us re-programming our biochemistry (much like computer software) so that we may alleviate suffering, decay, and death?

You explore science’s answer to the “problem” of death. Why is death seen as a problem that needs to be fixed?

It is our memories, our loves, the images and dreams that define us. Death takes this all away.

Death is a profound tragedy. Human consciousness is basically a profound (and valuable) pattern of information residing in a complex biological machine.

This machine can repair itself for a certain period, but over time it wears out and decays at a faster rate than it can fix itself. This is why we die.

Today, however, we are at the verge of correcting this. Death is the loss of everything that matters- It is our memories, our loves, the images and dreams that define us- the songs that moved us and the films that shaped us. Death takes this all away.

I argue that in the same way we feel compelled to preserve the works of Shakespeare and other great works of art, why shouldn’t we extend this into our physicality?

Besides, by labeling death a problem, it shifts our complacent attitude about death and turns it into an engineering problem, one that we can solve, much as we have solved impossible problems in the past.

You say “evolution can be cruel” since it does not allow for the variable of human consciousness. But many other spiritual teachers believe that human consciousness is the direct result of evolution. How do you reconcile these two views?

Evolution is a blind process which has peaked at human consciousness.

Suddenly we have a species that can reflect on the evolutionary process which has allowed it to emerge, and can make calculated and measured decisions about how to redirect this process to include and take into account “the meaning of individual life” as a variable in the design.

If the end goal is to “live forever,” what do you think life would be like if immorality is achieved?

Life would be an unending adventure, sculpted moment to moment, building on itself into an ever more sophisticated and complex symphony.

I think Nietzsche said something like this: “Man is walking on a tightrope between ape and Overman.”

Overman is the emergence from within us of something infinitely more sublime than us. It is our potential. It is a divine state of being, what we long for hopelessly in all our churches. 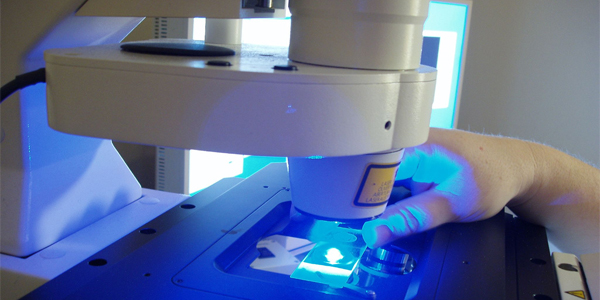 U.S. General Omar N. Bradley once said, “Ours is a world of nuclear giants and ethical infants.” To me this can also apply to the search for immortality.

While I agree humans should continue pushing the boundaries of science and technology, I wonder if we’re asking the right questions. Would immortality solve the world’s ills? Would it make us happier? Would it answer the fundamental search for meaning?

Ernest Becker’s masterpiece The Denial of Death presented death anxiety as the primary problem of man and also the root of all evil and anxiety.

He says man creates illusions under which to live in order to distract himself from the awareness of his mortality, which is unbearable.

I believe, along with many others, that eliminating death as a certain consequence of being born would eliminate all of our anxiety and aggressive impulses.

I imagine it would make us all into philosophers and scholars. Joseph Campbell-style heroes returning from the edge of death having become something far greater- an immortal hero.

It would satisfy the primal issue of importance– what Miguel de Unamuno wrote about in “Tragic Sense of Life”– mankind’s necessity for personal immortality.

“Do not go quietly into that good night, rage, rage against the dying of the light” – Dylan Thomas

What do you think about the end of death? Share your thoughts in the comments!

What did you think of this article?
Meh
Good
Awesome
Bookmark
Posted In
Culture Photo + Video + Film