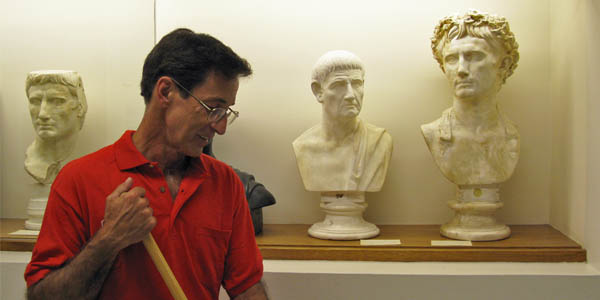 “A single conversation with a wise man is better than ten years of study.” This Chinese proverb features prominently in Patrick Shen’s new film “The Philosopher Kings.

The documentary takes us on a journey through the halls of some of the most prestigious colleges and universities in America to learn about life and wisdom from an unlikely source: the custodians.

Watching the film, I was stunned by many things. Certainly the hardship endured by the custodians, and they way they respectfully performed their duties every day. But mostly it was their humour, and the sense of “ease” they had negotiated with the world.

I caught up with director Patrick Shen to speak more about his film.

BNT: How did you come up with the idea for “The Philosopher Kings”? 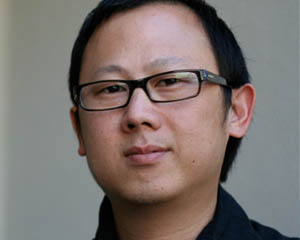 I think it was a culmination of things really. I remember stumbling upon a CD from the band The Philosopher Kings at one of the music stores where I worked in high school.

That led me to Plato’s “Republic”, which then ultimately inspired me to want to make a movie someday called The Philosopher Kings that would somehow challenge our views about whom we turn to for leadership and guidance.

Years later while I was shooting interviews for my last documentary, Flight from Death: The Quest for Immortality, a professor remarked that if we talked to janitors we might gain better insight into the human condition than we might from talking to professors. That’s when it all clicked for me.

BNT: Why did you pick custodians from prestigious universities over other types of environments?

Choosing learning institutions as the backdrop for the film was our subtle attempt to challenge people to reexamine our notion of wisdom and what constitutes a proper education.

We’d all agree that it’s a bit ironic to be seeking wisdom from janitors rather than the professors on a college campus. The question is, why is that ironic? What has led us to think of wisdom being exclusive to a particular profession or class of people?

BNT: In one part of the film, the custodians describe being invisible to other people. Why do you think our society undervalues these types of professions, to the point the we ignore those who perform this work?

What has led us to think of wisdom being exclusive to a particular profession or class of people?

We’re told from an early age that to matter we have to be famous, wealthy, powerful, or prestigious. The constant emphasis on working hard and making a lot of money just perpetuates our notion of what it means to be successful. Money and power is seen as a buffer against suffering.

If we’re rich and powerful, we’re untouchable. Talk of finding our passion and doing what makes us happy was never a very popular topic with previous generations. We’ve inherited these misconceptions from our parents but I think we’re making progress towards moving beyond that.

BNT: “A single conversation with a wise man is better than ten years of study.” How does this Chinese proverb fit with the theme of your film?

A solid education is important of course but without a real-world understanding of the things we learn in school, a lot of it becomes sort of pointless. An instruction manual, while useful, is a poor substitute for hands-on instruction.

BNT: Did you have any expectations on the type of wisdom you’d learn?

I hoped to learn about hardship and what it takes to navigate that in a constructive way and to do it with courage. Whether we know it or not, I think what is at the heart of a lot of our philosophical and spiritual inquiries is how to deal with suffering.

BNT: The film’s soundtrack was profoundly evocative, reminding me of the work of Jon Brion. How do you feel the music complemented the mood of the film?

I love Jon Brion! I actually used a lot of Jon Brion tracks as temp music when I was editing. Our composer Nathan Matthew David created a beautifully subtle soundtrack that really accents what I like to call the quiet heroism of the custodians.

The custodians are such authentic people and I think the organic feel and sound of the score helps underscore that authenticity. All the guitars and piano were performed live by Nathan. He rules.

BNT: How did producing this film differ from your previous work “Flight from Death?” Was it easier or more challenging this time around? 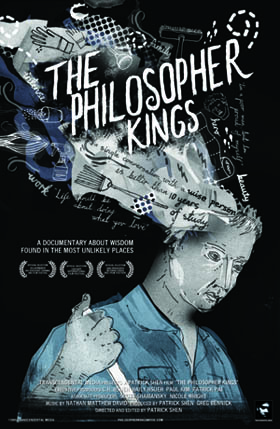 Being that “The Philosopher Kings” is entirely narratively driven, all the basic rules of good fiction applied whereas very little of it did with “Flight from Death” I think. I had to put a lot of thought into developing relatable and likable characters and creating a journey on which viewers could join them and root for them.

Of course, I had great “characters” to begin with, but deciding how their personalities were revealed to the audience and how their stories unfold required a whole different approach than I what I had done in my past documentaries. I had to rely a lot on some of the narrative conventions of moving a story along and keeping an audience invested.

This film was more challenging overall because I wasn’t just telling one person’s story. There were eight characters that I had to weave in and out throughout the film and somehow had to do so in a coherent manner that wouldn’t just confuse the audience.

Every time I transitioned from one custodian to another, it had to make sense. All eight stories, while very different, had to tell ONE story in the end.

BNT: At one point, Jim Evener (Cornell University) recalls his near-death experience in Vietnam. He says “when something happens to you where you don’t know if you’re going to live or die, you’re whole outlook on life changes.” Have you ever had a near-death experience? If so, what was the effect on you?

The closest I’ve ever come to a true near-death experience was the four years I spent making a documentary about death.

Everything, even the low moments, become more precious. It’s a lot more difficult to take things for granted when you’ve had a glimpse of what it’s like to be without any of those things.

BNT: One of the film’s most poignant moments is watching Josue Lajeunesse (Princeton University) return to his hometown in Haiti and seeing the deplorable state of his friends and family. Since the film, you’ve gone on to help fulfill Josue’s wish of bringing clean water to the town. How did you come to this decision? 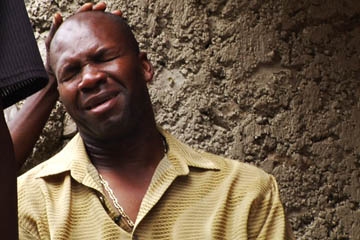 Since the world premiere of “The Philosopher Kings” at Silverdocs in June of 2009, a movement around Josue and his water project has been building among audiences. People literally want to hand us checks after screenings.

When one fan of the movie found out that Josue’s daughter was stranded in Haiti due to the earthquake she donated $1,000 to help bring her home. Though we had hopes to help Josue in some capacity we had no idea how we would do it. The outpouring of love and support for this project and Josue was what really got the ball rolling.

Up to this point fans have donated approximately $15,000 to bring a permanent fresh water solution to the 3,000 people of Josue’s village of La Source. We’re in the process now of producing a follow up film called “La Source” about Josue and the fulfilling of his lifelong dream to complete this water project for his village. We’ll be posting regular updates at www.lasourcemovie.com.

BNT: What role do you feel the filmmaker plays in being an observer of reality, but in some cases, also a participant?

That’s an awesome question. Documenting reality is sort of like looking at a mural from a moving car. Before the car has turned the corner, you have to take in as much of that picture as possible – focusing on one small part of it at a time – and hopefully gain a sense of what it is the artist was trying to tell you.

The challenge for the documentary filmmaker is that as reality unfolds before him, it multiplies into more reality.

He has to instinctively determine which aspect of that reality is speaking to him the most and focus in on the intricacies and dimensions of that reality that will help him paint the most complete picture in the end – and he must do this while reality continues to evolve and multiply.

Ultimately, the filmmaker becomes a key participant in the evolution of that reality when he creates a permanent record of it and passes that on for others to experience and process.

BNT: What was one of your biggest rewards from making the film?

Seeing the completion of Josue’s fresh water project in Haiti – where 33% of children don’t reach the age of 5 mostly due to water-related illness – will undoubtedly be the biggest reward for me.

I fell in love with filmmaking because of its communicative and transformative power, which I think is greater than any other medium. It will be such a beautiful example of what is possible through film.

BNT: What was the most important life lesson you took away from the experience?

There is a quote that appears in “The Philosopher Kings” that I absolutely love.

“What saves a man is to take a step. Then another step.”

There is no magic formula for surviving hardship and suffering. When you’re in the midst of suffering, I think it’s too devastating to ponder the big picture. There is always only the one step right before us.

Read more about The Philosopher Kings and buy the DVD.

And don’t miss my previous interview, Patrick on Flight From Death.

What do you think about wisdom found in unlikely places? Share your thoughts in the comments!