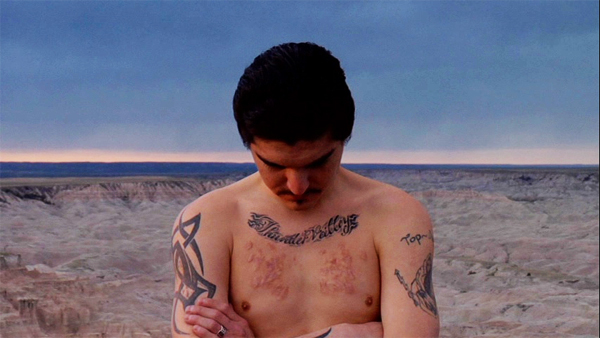 New documentary takes a look at how some balance their spiritual beliefs with day-to-day life.

I just saw American Mystic at the Tribeca Film Festival, and I have to say that my first impression was that this is a great topic for a documentary. My second impression was that I wish the subjects themselves were interesting enough to carry the film. Oh well.

Either way, I admire any director capable of putting in all the blood and sweat needed to make a feature length film, and Alex Mar does a great job presenting three dramatically different POVs on life and mysticism in modern America.

What’s It All About?

The film’s overarching theme is about the search for meaning in life (as opposed to “of life”), and how some come to use exotic religions/faiths to find it. Another theme is how our three subjects sacrifice a level of comfort in order to further their commitment to their beliefs — and achieve some notion of harmony with a higher spiritual level.

Many times, documentaries on religion only show off the “wacky” stuff — weird rituals meant to make us point and shout, “Look how stupid they are.” Mar uses a softer touch, striving to show the audience a few people who are practicing religion outside of the mainstream, but in a seemingly moderate way devoid of extreme zealotry. Her focus seems to be less on the specifics of each belief system, and more on how each person chooses to balance their “regular” life with their faith.

1. Kublai is a young, black medium/healer-in-training, raised in the Spiritualist faith (i.e. talking to the dead, seances, etc), who’s looking for purpose, meaning and a way out of Rochester, NY (can’t blame him).

2. Chuck is a Lakota Sioux raised as a Christian, who tries to recapture some of the “old ways” of his long assimilated tribe while struggling to support his family.

3. Morpheus is a self-described Bay Area witch of a pagan/fairy tradition, who tries to freely practice her magic and tune into Nature, but in the spartan setting of a trailer in the wilderness.

Ultimately, Mar hopes to show us the human need for connection with something beyond ordinary everyday experience — but through an exotic lens.

The primary weakness of the film is that it doesn’t go deep enough. While the slices of life were interesting, Mar’s camera only captured what was on the surface. It reminded me a bit of an MTV True Life episode — True Life: I’m an American Mystic.

Personally, I would have liked more background on each subject’s belief system and their reasons for embracing it. Alternatively, a wider variety of subjects and experiences could have made up for the lack of depth by offering additional perspectives.

Overall, American Mystic is a noble effort on Mar’s part and worth checking out. I left the theater wanting to learn more about the film’s subjects and any filmmaker that can spark discussion and exploration is doing something right.

Learn more about the film on the official website American Mystic.