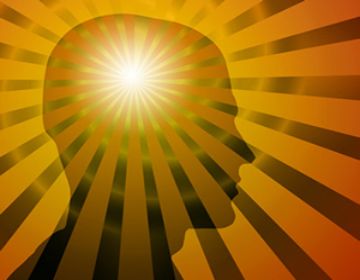 Drugs certainly hold the possibility of being mind-expanders, at least for some people.

And many travelers have had the opportunity to partake in an illegal drug or two while visiting spiritually-enhancing areas, which also hold the potential of many years in an extremely scary foreign prison if caught.

But this guy goes above and beyond what few have done, or would ever contemplate doing. The British man, ‘Mr. A’ is reported to have taken 40,000 ecstasy pills over a nine-year period. The previously heaviest lifetime intake was 2,000.

Can’t imagine that was good for the brain, body, or spirit. According to doctors from London University, it wasn’t. The man stopped taking pills seven years ago, but still suffers from:

…severe physical and mental health side-effects, including extreme memory problems, paranoia, hallucinations and depression. He also suffers from painful muscle rigidity around his neck and jaw which often prevents him from opening his mouth.

And it seems like many of the symptoms are permanent. His short-term memory loss, including “the time, the day, what was in his supermarket trolley,” makes living life on a day-to-day basis a frighteningly hard task. 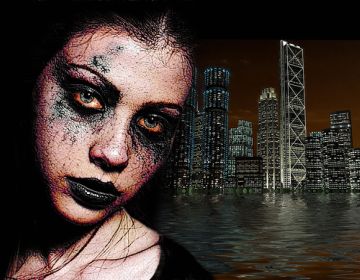 I think that most who have taken ecstasy, ranging from just once to more times than they would like to count, can still agree that 40,000 is a bit over the limit and would naturally cause trauma to the brain. But I’m a bit more interested in the why of choosing to ingest that massive amount.

Some people might just call this man crazy, off, mentally-deranged. Yet, something in me wonders if this is just an extreme example of what is happening for people all over the world.

A lack of connection – be it to community, self, or the spirit – pushes us, consciously or unconsciously, to search for that connection. For some, this can be a very positive experience, and as Jennifer Blair writes, can lead us to our soul place:

A soul place is an island, a building, a city, or a natural vista that speaks to you in a language unheard. It opens up a space within that you didn’t realize was closed.

For others, the drive may be toward darkness. From a traveler’s perspective, dark tourism, or “the practice of visiting sites related to death and suffering,” can put you face to face with the underbelly of humanity: genocide, natural disasters, terrorism, slavery, the effects of drugs on a community. These are the ugly parts of history that on certain levels, we all share.

And there are many things out there that can make us spiral further into the darkness, including drugs, alcohol, work, sex, TV – the list goes on. None of these things are bad in and of themselves, but it is when we come to depend on them to catch a glimpse of connection that we disconnect from that which we are searching for.

The key is that we must fully and deeply look at our shadow, lest it take over.

The key, according to many who are spiritually-inclined, is that we must fully and deeply look at our shadow, lest it take over. By shining a light on the darkness that is within each of us, it is no longer dark.

So I wonder, for this man and his 40,000 ecstasy pills (who has since dropped out of his doctor’s care), what shadow was he running from?

What do you think is behind this man’s ecstasy binge? Share your thoughts below.

What did you think of this article?
Meh
Good
Awesome
Bookmark
Posted In
Cannabis + Drugs

Can you fly with marijuana in states that it’s legal?

Cannabis dispensary etiquette: dos and don’ts to know before you go

Everything you need to know about doing magic mushrooms

Oakland is the second US city to legalize magic mushrooms