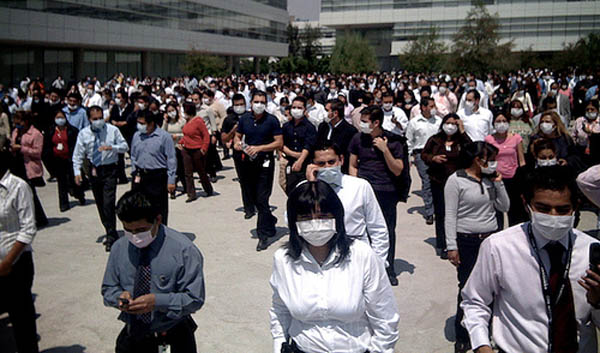 How to not be driven off the ledge by sneaky swine and other calamities.

I was reading Matador Abroad co-editor Sarah Menkedick’s dead-on piece about traveling in times of our current lovely, media-frenzied swiney pandemic, and I began to think about how we’re all going to kill ourselves from the stress of such thoughts, rather than any actual disease or illness.

Once this pandemic clears, there will be another “it’s going to kill as all!” catastrophe on the horizon, whether it has to do with organized terror, pathogens, gangs, or voodoo.

Of course, it is important to know what is happening in the world, but it is also good to have some tools in the chest to handle the adrenal surge to avoid what is actually the world’s largest killer: heart disease.

Luckily, I found a nice little video created by the Humanity Healing Foundation about the 12 Keys of Spiritual Activism. These can easily be adapted to how to spiritually and sanely deal with the hair-and-cortisol-raising realities of, well, stepping out your front door in the morning:

Here are a few of the instructions noted in the video:

1. The core dynamics behind the Spiritual Keys are creativity, adaptability, understanding, and the peaceful resolution of conflicts.

How often do we, as humans, approach conflict with the “we’re gonna git em!” attitude? How many words have been fought abroad, and at home, because of our ego’s need to win?

The same goes for handling disease. Sorry to be the bearer of bad news, but we’re never going to fully kill off bacteria and viruses. They mutate and evolve for survival, just like we do. Can you blame them?

Maybe it’s time to start looking at how to work with them, instead of against them. First place is to start working on your own immune system.

2. Compassion flows from the understanding of Connection between all living things.

You can see this whole big experiment we call Earth is really based on a delicate balance between humans, animals, and nature.

When you visit a country and get to know a new culture that you previously had no contact with, other than the occasional news story or Hollywood movie, you find the similarities that connect you, and the differences that sometimes challenge, and sometimes excite you.

But once you realize that most of us have the same underlying basic fears, wants, and desires, and that we depend on each other economically, spiritually, and intellectually, you can see this whole big experiment we call Earth is really based on a delicate balance between humans, animals, and nature.

And oh yeah, each of us carries around about five pounds of bacteria in our bodies at any given time. How’s that for a symbiotic relationship?

3. Learn to act instead of react.

All I can think about every time I hear the words “swine flu” is Jon Stewart’s facial reaction to the media onslaught of “the sky is falling” after he spent a day skating around Manhattan in the warm sun, thinking everything was finally getting better (priceless).

This Daily Show clip also notes at the time, swine flu had killed 149 people in Mexico. This made it rank last on the list of things that can kill you in Mexico (this is that thing they call, what? Perspective…)

Point is, we can take precautions and preventative measures around many things in life, but living a life of action really does feel so much better than living from reaction. Otherwise you might have that sour puss stuck on your face permanently.

4. Embrace mindfulness in the application of your activities and be aware of how your actions may be perceived by others. 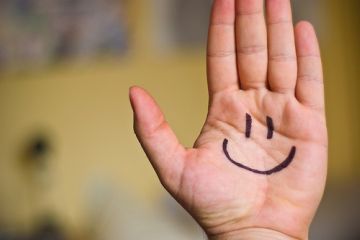 The thing that I always hate the most about these types of outbreaks (or terror attacks) is the reaction to racially and culturally segregate.

I understand that governments and health organizations want to contain the virus, but to quarantine every Mexican visiting another country on the planet? Is this necessary?

It reminds me of how after 9/11, every Muslim (and really, anyone who looked remotely Middle Eastern) was detained at airports, subway stations, etc. Even worse, how many were literally detained, thrown in jail without access to lawyers, and sent back to their country of origin, all because the color of their skin.

And during the early part of the 20th century, the Chinese who came into America via the San Francisco Bay were quarantined for months and sometimes years at what was basically a prison on Angel Island.

Are we being mindful of our (over)reactions when crisis arises? Are we thinking about how our actions may be perceived by those who are being affected by these actions?

Life is a series of ups and downs, and none of us know when it will be our time to meet our maker. So enjoy the time you’ve got, but be sure to live it with awareness.

How else can we approach crisis with a more sane and grounded attitude? Share your thoughts below.

Are your preflight vitamin C supplements actually doing anything?

This Valentine’s Day, stay in Juliet’s house in Verona, Italy

How to keep your resolution to exercise more outdoors

Airbnbs with fitness facilities that you should be booking in 2020