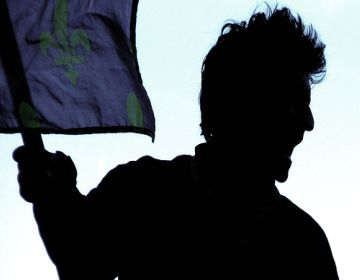 I will attempt not to stray too far in the direction of ‘political’ in this post, but there will certainly be politics involved.

Mostly US politics in fact, so I will go ahead and apologize to those outside America, or who are trying to stay away from the madness. I’m not here to make anyone’s head explode.

But, there has been quite the ruckus about President Obama’s supposed “socialist agenda” stay-in-school speech being shown in classrooms, which finally occurred yesterday. The Obama administration has also had a tough week with what I see as the forced resignation of Van Jones, the Green Jobs czar, over the fact that several years ago, he signed a petition asking that the Bush administration be investigated for allowing 9/11 to happen.

The specific issues don’t really matter when it comes down to it; there will always be something. For me, it brings up the question of how we, both as a nation, and as a world, plan to ever move forward.

We don’t all have to believe the same things, and we never will, but we need to be respectful of each other in the process, whether the question be about religion, our sexual orientation, or our politics. We are 99.9% genetically identical, and doesn’t that count for something?

Or really, most everything?

I was moved by a piece by Terrance Heath on Huffington Post entitled, How To Think. In it, Health talks about a high school teacher he once had named Mr. Harrison. Mr. Harrison was politically conservative and a devout Christian, while Heath was a gay teenager who was reading the The Gnostic Gospels 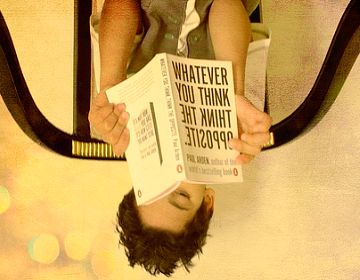 But instead of pushing a particular agenda, this teacher was doing what all teachers should do: showing kids how to think critically, and then make up their own mind.

For example, Harrison was supportive of Heath and other students as they wrote letters to the school board opposing the banning of certain books, even though Harrison didn’t approve of some of the books in question.

To think critically, we must see and hear both sides of the story, and come up with our own truth. This truth may not coincide with the truth of the person next to you, but hopefully in the process, you’ll come to understand, at a least a bit, where they are coming from.

Blogger Munz spends this whole post trying to convince us of Van Jones “socialist” and “communist” roots, which are just so anti-American. I certainly have quite a bit to say about this, having worked in the same social justice circles as Jones. But instead, I’ll just ask, so what?

How many openly racist, sexist, and/or classist conservatives have held office over the years, and are those things that the US was supposedly founded on? No. Can these people still do their job? Probably. Because each and every one of us holds some “extreme” beliefs that other people will not agree with.

I’m not trying to blame only the right in America – the left is just as guilty in spouting inflammatory remarks. Same goes for either side of a belief system in just about every country in the world.

Maybe the deeper question here is why do we continue to have these snide and unapologetic discussions?

Maybe the deeper question here is why, as a world facing economic hardship, fear of persecution on just about all sides, and environmental implications that could easily mean the end for us all – really, really soon – do we continue to have these snide and unapologetic discussions in mainstream media? Why are we burning our brain cells on standing in place?

Critical thinking, and listening on ALL sides, is necessary now more than ever.

What do you think it will take to make the world move forward instead of stand still? Share your thoughts below.