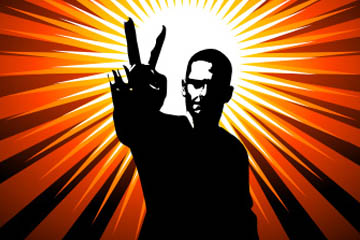 In a recent post traveler, journalist (and BNT co-editor) Tim Patterson provided a how-to guide for traveling free (or very cheap) – a practice that could be called “vagabonding.”

Soon after publication, he was promptly assailed by a number of readers for advocating a kind of “shiftlessness” and “irresponsibility.”

He was nailed with all manner of epithets – called irresponsible, a hippie, a bum, an idealist, impractical, a “rich, privileged, arrogant hipster,” the list went on.

In reality, Tim was just offering some practical low-budget travel advice. As such, the vitriolic feedback from the readers is way out-of-proportion.

But why is that? What brought on this storm of denouncements?

As humans, whenever we have a strong emotional reaction to something, it’s an opportunity to learn something about ourselves, the way our psyche works, the way our minds are wired.

When we react strongly, that’s usually an indication that some fundamental metaphysical axiom, in other words, some deeply held belief, is being challenged.

One of the fundamental axioms held in our dominant Western “civilized” culture has to do with the importance of “getting somewhere in life.” But aren’t I already something?

Tim’s practical, low-budget travel advice struck a nerve with some folks. And my sense is that these are not oddball folks – rather they are probably fairly typical, fairly mainstream in their beliefs and attitudes.

I suggest this because one of the fundamental axioms held in our dominant Western “civilized” culture has to do with the importance of “getting somewhere in life.” From a very young age, we’re urged to achieve this or that, “become responsible,” and to make something of ourselves.

But aren’t I already something?

Of course, that isn’t what’s intended by the phrase – we’re meant to make something important of ourselves. And in this case, “important” means to embody success, as understood in the conventional way.

Stealing an illustration from Alan Watts, we ask: What’s the outcome of success in business as we know it? More business!

More business means more investment, more production, more stuff, more expansion, more proliferation of mostly material ticky-tacky, and to go along with all this, more bulldozing over ecosystems to make it all possible.

Now, granted, all this business – this busy-ness – has produced some technological marvels and various benefits to our lives and to society. But if one is to take a reasonably objective view, one has to ask the question, “At what cost?”

The Price Of Busy-ness

For all our technology and busy-ness, we’ve got nuclear weapons, climate change, deforestation, a precipitous decline in biodiversity rivaled only by the extinction event that did away with the dinosaurs, GMOs, And an environment full of toxic chemicals.

As a vagabond traveler, there is only one requirement. To relinquish any attachment to getting somewhere in life other that what one already is.

We’ve got Reality TV, high-density Confined Animal Feeding Operations and the largest disparity in wealth between the rich and the poor in human history.

To top it off, we’ve got an insane economic system that itself survives by accelerating the rate of all of these forms of destruction, desecration and depravity.

Even so, a belief held very deeply by most folks is that we are now better off than ever before in human history. But considering the above, I’m not sure about this.

Being a successful vagabond traveler requires one to understand that the fundamental metaphysical axiom of our “civilized” culture is an illusion and is absurd.

A vagabond traveler realizes that naught but frustration, anxiety and suffering can come from blindly applying oneself to the futile task of endless consumption.

To illustrate this emptiness, here’s a short animation charting the conventional course of success.

To ask this question another way:

At what point when you have amassed X amount of personal fortune, accumulated Y amount of material possessions, and achieved Z status as ‘an upstanding member of society’ do you shout “Enough!” and commence living a life of contentment?

Looking around our society, it seems that hardly anyone has reached this point.

This is the defining characteristic of the conventional mind in our society – never satisfied in the present, never content with what is, always grasping for something more.

And we’re certainly inundated with enough marketing and advertising and PR to encourage this mindset. 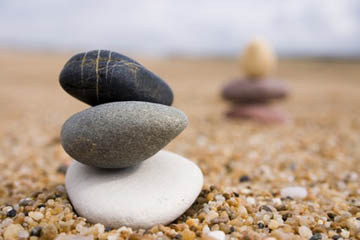 In a sense, the vagabond traveler is a kind of avatar for our society.

She is one who has seen the inherent emptiness behind the conventional understanding of success, who has realized the futility of living a life in unending pursuit of an illusory future happiness.

The vagabond traveler embodies the realization that there is no place other than here, and there is no time other than now. So if one is going to enjoy one’s life, it has to be done in the here-and-now.

In the Tao Te Ching (as translated by Stephen Mitchell), the word “content” appears 11 times. Here are some examples showing what Lao-Tzu was trying to tell us:

If you look to others for fulfillment / you will never truly be fulfilled.

If your happiness depends on money / you will never be happy with yourself.

Be content with what you have / rejoice in the way things are.

When you realize there is nothing lacking / the whole world belongs to you.”

The vagabond traveler represents a higher kind of responsibility – one who is more in touch with reality and the true nature of the Universe; although the typical mind will always label her as “out-of-touch,” “impractical,” and a “denier of reality.”

This mis-labeling and the anger that comes with it – the anger that was showing up in several of the reactions to Tim’s post on low-budget vagabond travel – arise because the deepest Self, beneath all those layers of conventional Mind, resonates with the truth exposed and illustrated by the liberated vagabond, the free-spirited wandering ascetic.

For one strongly identified with the egoic mind and thus caught up in conventional notions of success, that resonance is frightening.

This deepest Self, this universal thing that the Hindus call Atman, has hidden itself inside each of us, playing this colossal game of hide-and-seek.

This hallucination that we are “isolated centers of sensation locked up in a bag of skin” (what is indicated in Western psychological parlance by the term “ego”) – hides our true nature from ourselves.

Tim’s essay on traveling for free struck such a nerve with folks because he wasn’t addressing individual egos in terms that are comfortable, but rather speaking directly to the Universal Self hidden within all of us in terms intended to draw it out and expose the ongoing illusion of our conventional lives.

This Universal Self knows full well the illusory nature of success in the conventional, egoic sense, and moves naturally to embrace the Tao of Vagabond Travel that Tim illustrates in his piece.

A strong negative emotional reaction to this Tao of Travel is simply indicative of folks’ identification with the ego. And when the ego is threatened, it gets defensive (we all know what that’s like). Who among us has never reacted angrily and all-out-of-proportion before?

Don’t be too hard on yourselves. Or each other. (Which is to say the same thing.)

I have just three things to teach:
simplicity, patience, compassion.
These three are your greatest treasures.
Simple in actions and in thoughts,
you return to the source of being.
Patient with both friends and enemies,
you accord with the way things are.
Compassionate toward yourself,
you reconcile all beings in the world.
(chapter 67)

Share your own thoughts on the Tao of Vagabond Travel in the comments!