01:00 May 5, 2020
Top Countries
Top CitiesView All Destinations
Trending Countries
Trending Cities
Load More
The inspirational ‘Playing For Change: Peace Through Music” documentary is airing throughout August on PBS. To celebrate, we’re having a contest!

Chances are, you’ve seen one of the massively popular music videos from the Playing For Change project. “Stand By Me” has over 12 million views on Youtube, and defies anyone to watch without chills running down their spine.

In their own words:

Playing for Change is an extraordinary effort to unite musicians and vocalists from diverse parts of the globe, while at the same time seeking to immerse audiences in a multimedia movement to inspire, connect and bring peace to the world through music. 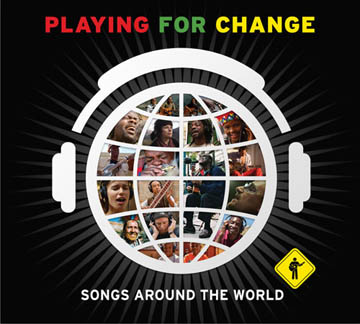 Now, a 57 minute version of the feature length documentary film, “Playing For Change: Peace Through Music,” is airing nationally on PBS throughout August. Check the full schedule here.

Also, the Playing For Change band is going on tour this fall. See if they’re coming to your area.

To celebrate, BNT is giving away 3 copies of the Playing For Change music CD, which also features a performance DVD encompassed in one beautiful package.

The following people have won the free Playing For Change cd package:

I’ll be contacting them directly to send their prize. Congrats!

Thanks for spread the word about such an amazing project!