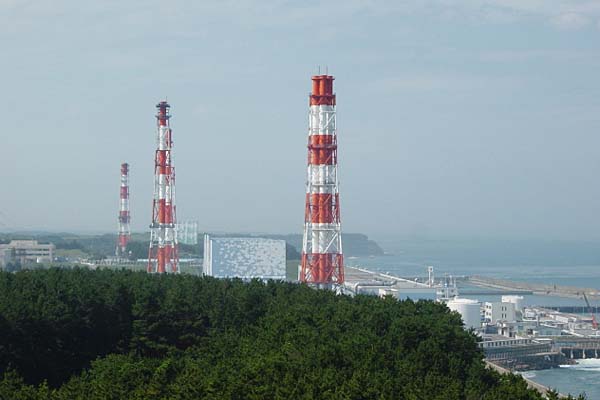 The word is easily tossed around, but what does it mean? Is it imminent in Japan? And is this Chernobyl re-visited? So many questions.

AS I SIT HERE AND watch the news coverage of the Japan earthquake and tsunami, and see terrifying YouTube videos like these, I wonder what could possibly happen if the situation with the Fukushima nuclear power plant gets worse. What’s going on there? Is this comparable to Chernobyl? Just how bad was Chernobyl? And what, exactly, is a nuclear meltdown?

I did some digging around and thought I’d share some of what I learned here, if you’re wondering the same things as me.

1. What happened in Fukushima?

As soon as the magnitude 8.9 earthquake struck, 11 of Japan’s nuclear reactors were automatically shut down. These included reactors 1, 2, and 3 at the Fukushima Daiichi plant (4, 5, and 6 were not operating as they were under maintenance).

Due to the quake, the plant lost power from the electricity grid and, to make matters worse, the emergency diesel-powered backup generators for the reactors failed (it’s been speculated that this was due to the tsunami arriving about an hour later). Even though the reactors were shut down (which reduced heat by more than 92%), the decay of the radioactive material created enough heat to evaporate the coolant that was no longer being circulated due to the pump failures.

All this led to the eventual explosion of reactor 1, seen here. Working with what information could be obtained from officials at the plant, it’s reported that the release of pressure (intentional venting) expelled hydrogen, which reacted with the air to cause the explosion. It was also confirmed that the concrete building surrounding the steel containment casing collapsed, but the primary casing was undamaged.

Sea water, mixed with boron (an element that controls nuclear reactions) was — and is being — pumped into reactor 1 to cool it. As events unfolded, sea water is also pumped into the other reactors as more cooling mechanisms failed. Using sea water is a last-ditch emergency effort; the reactors will become unusable. Early Monday morning, a second explosion — this time at reactor 3 — occurred:

According to The Telegraph, another explosion at reactor 2 later in the day made it the third one since the disaster began. The evacuation radius now reaches 20 km around the Daiichi plant, and 10 km radius of the Daini plant, totaling around 200,000 people to leave the area. The two plants are seven miles apart.

2. So what, exactly, is a meltdown, and is this likely to happen in Fukushima?

In a nutshell, a meltdown occurs when there is inadequate cooling of the reactor core. With the heat not being carried away by the normally circulating coolant, the nuclear material reaches temperatures where it literally melts (so it really is what it sounds like).

In Fukushima, when the coolant pumps failed, the water in the system evaporated due to the increased heat. Because of that, the uranium rods became partially exposed. This caused the temperatures to rise quickly and the rod casing to crack and begin to melt before they were able to cool them down again. This is a partial meltdown, not a full one.

Unless normal cooling methods are restored, they will have to continue to pump sea water continuously for weeks.

In the case of a full meltdown (which is not yet the case), the rod casing completely melts and drops the uranium pellets to the floor, where they melt and pool into a lava. This could potentially compromise the containment unit, and release radioactive material to the outside world. According to the NY Times, unless normal cooling methods are restored, they will have to continue to pump sea water continuously for weeks.

Professor Barry Brook of Brave New Climate claims that the plant is safe and will continue to be safe. He gives an easy-to-understand and detailed explanation of exactly what has happened here. On the other hand, as I research and type this, information is continually being updated, and much of it points to worsening conditions at the plant. It’s been reported at Gawker that the steel containment vessel in reactor 2 was damaged in the latest explosion.

So, at this stage it seems safe to say that there is no general agreement of what will happen.

3. And Chernobyl? Is Fukushima even comparable?

Chernobyl is the world’s worst nuclear disaster, and most well-known. So the obvious question is, how does Fukushima compare to that? According to Yukio Amano, Director-General of the International Atomic Energy Agency (IAEA), it is highly unlikely that this will develop into a similar situation. 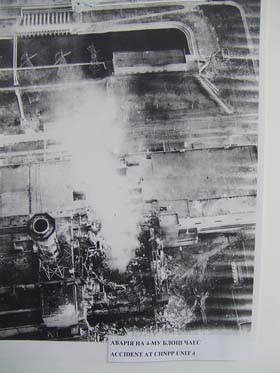 Whereas the Chernobyl plant was poorly-designed and the incident caused by human-error, the plant in Fukushima was designed with more safety features (e.g. containment vessel). In addition, the automatic shutdown of the reactors after the earthquake stopped the nuclear chain reaction.

Popular Mechanics is also on the same page, stating that the biggest difference between the two situations is how the nuclear reactions were moderated. Fukushima uses water for this while Chernobyl used volatile graphite, which burned when the reactor exploded and sent up plumes of radioactive material to be dispersed into the air.

Even if a full meltdown occurred at Fukushima, it is more likely that it will be contained and not spread. To give an idea of the scale of the Chernobyl disaster, the World Health Organization (WHO) found that the radiation released was 200 times more than from the nuclear bombs dropped on Hiroshima and Nagasaki combined.

In Chernobyl, there were 30 deaths related directly to the incident, either immediately or within a few months. The Ukrainian Radiological Institute claims that over 2500 deaths resulted from the disaster. Radiation levels in Scotland were measured at 10,000 times the normal amounts. Only time will tell how things unfold in Fukushima.

If you’re not sure how you can help, read How to Help the Earthquake and Tsunami Victims in Japan.