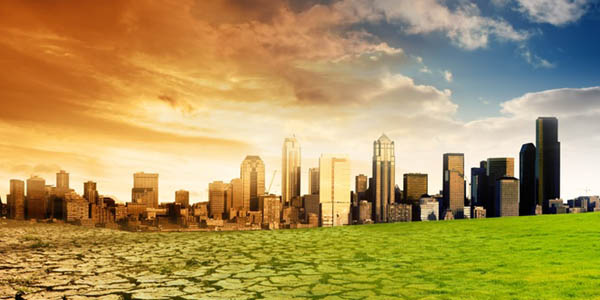 It is not an exaggeration to say that nearly half the American population is eagerly anticipating the end of the world.

Petroleum is vitally important to each and every single aspect of modern human civilization. It not only runs our vehicles, but it’s also manufactured into our plastics and it’s what makes our huge factory farms possible.

Approximately 10 calories of fossil fuels are required to produce every 1 calorie of food eaten in the U.S.

Pesticides are made from oil, farming implements such as tractors and trailers are constructed and powered using oil, and food is distributed across oil-powered transportation networks.

In the U.S., the average piece of food travels almost 1,500 miles before it gets to your plate. As the peak oil website Life After the Oil Crash says, “in short, people gobble oil like two-legged SUVs”.

What can be done to turn the tide and become less dependent on oil?

Many pro-environment activists have this belief that if people were just educated, or if they were just taught morals at home, they’d behave differently. However, I don’t think that’s the truth.

What I’m about to suggest won’t win me many friends, but then again, for all of human history it’s been easier to look out a window and find faults with the world than it has been for us to look in the mirror and do the same thing.

I’m alluding to the fact that 44% of Americans are confident that Jesus will return to Earth sometime in the next 50 years. As New York Times best-selling author Sam Harris said in a recent article in TIME Magazine,

“Given the most common interpretation of Biblical prophecy, it is not an exaggeration to say that nearly half the American population is eagerly anticipating the end of the world.

It should be clear that this faith-based nihilism provides its adherents with absolutely no incentive to build a sustainable civilization – economically, environmentally or geopolitically.”

That is not to say that religion is the problem. But religion that is bought and sold for political purposes that reach no further than lining the pockets of those who use it as currency to get in power, that’s the problem.

Religious leaders who remain silent in the face of war profiteering, environmental devastation and health violations – that’s another. 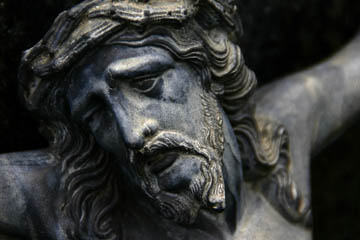 What would Jesus do? / Photo EIRincon

I believe that religious leaders across the country and around the world have a moral imperative to educate and mobilize their congregations and constituents to not only vote against what they believe to be morally reprehensible – but also to vote FOR what they find morally responsible.

And what greater moral responsibility is there than taking care of the body you have, the land you live on and those you share it with?

Even if we are living in the End Times, (which I’m not convinced that we are), I cannot fathom how an almighty supreme being would view us giving up as being the moral thing to do.

Raping the planet where you live while knowing it will kill people in the process (yourself included), seems about as far from moral as I can possibly imagine.

The true litmus test of one’s moral character doesn’t come in the times of peace and prosperity. It comes when things are at their worst. And right now, the worst is just beyond our line of sight. BARELY.

And what greater moral responsibility is there than taking care of the body you have, the land you live on and those you share it with?

Most of us can’t see the problem firsthand like we could if, for instance, a dust cloud from an approaching army was rising up over the horizon.

That no matter what your religious stance, or lack thereof, it is morally imperative that we become the changes in the world that we wish to see before we usher in a terrible self-fulfilling prophecy.

I feel the siren’s call to live a life better examined and in doing so often question myself, my own beliefs and my own capability for irrational action. But it always comes back to one simple answer:

Even if global warming is a hoax, even if the peak in oil production is millions of years away and even if we are living in the End Times…there are more than enough political, financial, humanitarian and national security reasons to change our living and working habits right here, right now, this instant.

All of our problems are caused by human and thusly can be solved by humans.

All of our problems are caused by human and thusly can be solved by humans.

The majority of problems have come from the divisions and distractions that the rich have perpetrated upon the poor. This power structure has been able to exist because of our lack of education, of resources, of technology, of communication and of organization.

But the leaps and bounds that we’ve had with the internet are leveling the playing field.

While many bad people around the world have pooled together their wealth and their political power to accomplish that which they wanted – it’s now time the progressives to do the same.

It’s time to write an agenda for a more perfect civilization and for all of us to do our part to help make that happen. It’s time to stop fighting weeds and to start planting seeds of social change.

It’s time for an organic revolution.

Do you agree that short-sighted religious doctrine is impeding environmental salvation? Share your thoughts in the comments!