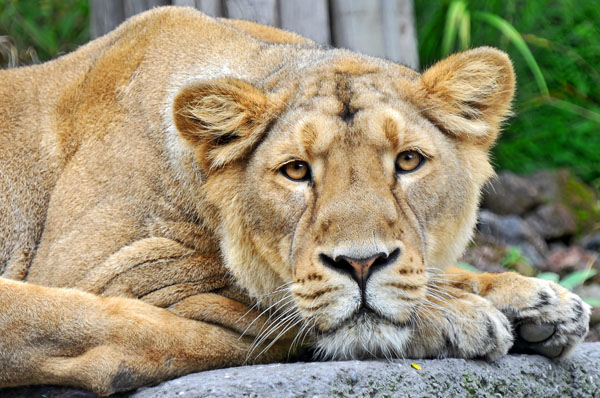 A sleepy Asiatic lioness tries to take an afternoon snooze. Photo by Tambako.

We are witnessing the largest mass extinction since the end of the dinosaurs.

THAT HUMANITY IS at fault is beyond question in serious scientific circles, and it is our duty to save what species we can, both for their sakes and ours.

Every animal that disappears from the earth is a tragedy with enormous repercussions, and to ignore the small and mundane for the cute and fascinating is to miss the point of conservation entirely.

Still, some animals are just downright interesting – what environmentalists call “charismatic megafauna” – and would be a shame to lose from an aesthetic point of view as well. Here are 11 of them:

The solenodon has the distinction of being one of the only venomous mammals on the planet (along with certain kinds of shrew and the equally bizarre platypus). Nocturnal and extremely secretive, the Cuban species was thought extinct until its rediscovery in 2003. The Hispaniolan solenodon was in the news recently after being finally captured on film. 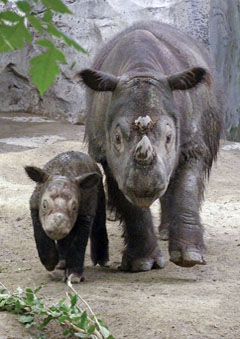 The Sumatran and Javan rhinos inhabit the rainforests of Southeast Asia, but probably not for much longer (populations are estimated at about 300 and 50, respectively). Both are confined to small, isolated pockets of forest and are frequent victims of poaching for Chinese medicine.

The black rhino is faring slightly better, with about 3,600 individuals left in parks across eastern and southern Africa.

Cetaceans (whales, dolphins and porpoises) aren’t doing very well on the whole, but the baiji and vaquita are the most critically endangered of all. The vaquita is a small porpoise that lives in the Gulf of California, and like so many marine species, fishing nets have reduced its population to barely sustainable levels.

The baiji is a river dolphin that inhabits the Yangtze, and due to pollution from China’s rapid industrialization, it’s been declared “functionally extinct” – there may be a few individuals left, but they’re so few and far between that there’s no coming back. 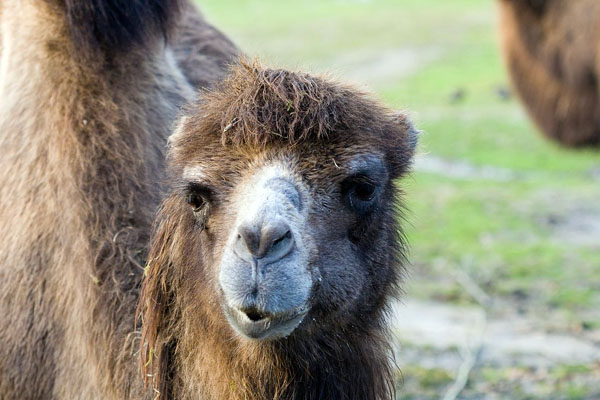 Bactrian — or two humped — camels, are used all over Asia as domestic beasts of burden, but in the wilds of the Gobi Desert they number fewer than 1,000. Though they live in areas completely inhospitable to humans, their survival is threatened by mining and the exploitation of oases.

First discovered in Costa Rica in 1966, the last golden toad was seen just two decades later in 1989. The International Union for Conservation of Nature lists the golden toad as extinct, and while it’s possible there are still a few left, the chances are slim. The golden toad is now a poster child for the conservation movement, highlighting the plight of amphibians in particular. 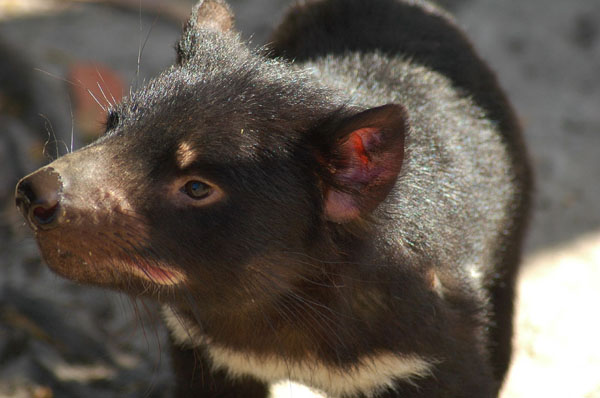 After being hunted to near-extinction, devils were protected in 1941 and began to bounce back. In the past decade, however, a mysterious and contagious cancer has wiped out entire populations. Causing horrific facial tumors, the disease eventually leaves the animals unable to eat or drink.

The Tasmanian government and conservation agencies are taking steps to halt the spread of the disease, lest the devil go the way of the Tasmanian tiger (or thylacine).

Once ranging throughout Cuba and the Southeastern US, the ivory-billed woodpecker was feared extinct for much of the 20th century. Recent sightings have raised hopes that there may still be populations of this fantastic bird in Arkansas and Louisiana, but they remain unconfirmed.

It has become something of a white whale for ornithologists, and a $50,000 reward stands for its rediscovery. 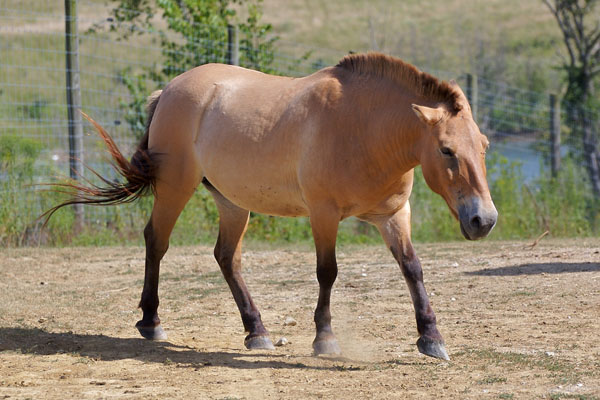 There are plenty of untamed horses roaming the plains of North America and Australia, but they are the offspring of pack animals. Przewalski’s horse is the only true wild horse left, having never been domesticated. After becoming extinct in the wild in 1969, its captive populations from zoos around the world were cross-bred to increase genetic diversity.

Sixteen were released in Mongolia in 1992, and since then, their population has grown to about 250. 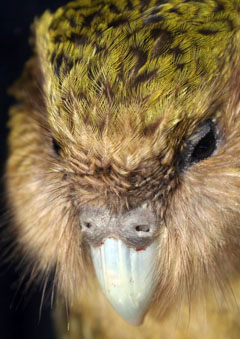 A flightless, nocturnal bird endemic to New Zealand, the Kakapo is the only parrot that exhibits either of these traits. Despite conservation efforts going back to 1891, only 90 birds remain (so few that every single one has been named). Extensive recovery plans were recently put in place, and its population has been steadily increasing.

Only discovered in 1986, the pink iguana is still up for debate among scientists; it’s not clear whether it is distinct enough to be classified as a separate species. Regardless, it is highly endangered — pink iguanas only exist on one volcano in the Galapagos, and there are fewer than 100 left alive.

We usually think of cheetahs and lions as African animals, but they once roamed most of Asia, too. Today, there are only about 300 Asiatic lions left, all in one small area of Gujarat. The Asiatic cheetah isn’t faring any better – there are fewer than 100 remaining, and only in Iran.

To learn more about these and other endangered species, check out the IUCN Red List of Threatened Species.

The most beautiful and emptiest state parks in New England
The best national parks for every type of traveler
For the perfect day of hiking and Colombian coffee, head to Jardín
Watch the Perseid meteor shower light up the sky this August
The Jordan Trail: Hiker’s guide to crossing the country in 40 days and 40 nights Promoted