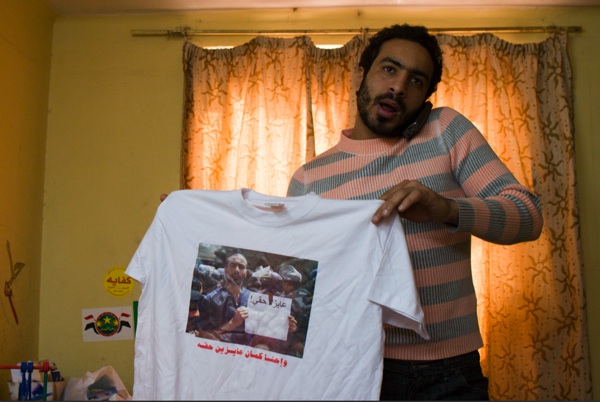 Blogging has become an essential tool for campaigners, activists, and social commentators, especially in countries that haven’t traditionally encouraged outspokenness.

People who once struggled to get a chance to speak now have a voice. Or at least a platform from which they can shout.

But that doesn’t mean the authorities have to like it, and in countries where public protest is actively discouraged, so too is digital dissent.

Here are five dangerous places to be a blogger.

Hardly renowned as a vigorous defender of free speech, China has almost 300 million Internet users and has few qualms about prosecuting bloggers, usually on charges of ‘subversion’. The Committee to Protect Journalists reported at least 24 bloggers were serving sentences in 2009 for putting online thoughts that didn’t align with those of the leaders of the People’s Republic.

Prison sentences in China are also generally much longer than elsewhere – averaging between three to ten years.
Meanwhile, the authorities monitor emails and block websites via the so-called Great Firewall of China, recognized as one of the most effective attempts at state control of the Internet.

If that wasn’t enough, last year China announced it would be requiring a program called Green Dam to be installed on computers, which would aid its Internet censorship efforts by blocking sites and collecting information on what users have been browsing. Security vulnerabilities appear to have so far delayed the roll out of this program.

While not holding nearly as many bloggers in prison as China, the Islamic Republic has the dubious honor of being the first place where a blogger has died while in incarceration. Omidreza Mirsayafi died in March last year, apparently after being refused medical treatment. He was being held in Tehran’s Evin Prison, notorious in the wake of Iran’s recent political unrest for reports of regular beatings and rapes by prison guards.

“Reporters Without Borders offers a downloadable Handbook for Cyberdissidents, available from its website.”

However, the Iranian blogosphere as a whole is one of the most active, helped mainly by the large number of dissident Iranians living abroad. And with professional journalists coming under severe restrictions since Iran’s disputed June 2009 presidential election, opposition websites have ended up being the starting point for most foreign media coverage.

Very few people in what was formerly known as Burma have access to the Internet so those who want it need to use cybercafes. This provides the authorities with a much more cost effective way to crack down on digital dissidents since the cafes are heavily regulated and their users can be easily monitored.

Myanmar also appears to have taken a leaf out of China’s book on disproportionate sentencing – blogger Maung Thura is currently serving a 45-year jail sentence for disseminating video of the aftermath of 2008 Cyclone Nargis. 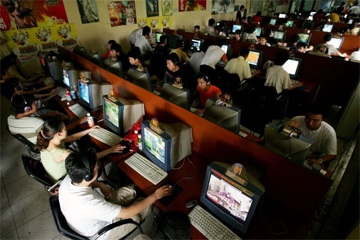 The government also appears to have no qualms about simply turning off the country’s Internet access when they really don’t want things getting out.

Among Middle Eastern nations, Egypt wins media freedom points for the fact it blocks very little online content. However, that is of little comfort to political bloggers who are regularly harassed by the authorities.

One, known online as Karim Amer, is currently serving a four year sentence for insulting the president, and many others are periodically rounded up and jailed. Several have been tortured while in prison.

Egypt’s bloggers have themselves documented the near endemic use of torture in jails by posting footage of it on the Internet. Two policemen were jailed in 2007 after bloggers posted mobile phone footage of them sodomizing Emad al-Kebir, a 22-year-old bus driver, with a stick.

Religious authorities in Saudi Arabia have several times advocated punishments such as flogging and death for bloggers who have touched on Islam. They have yet to get their way, but the government has been willing to sling bloggers in jail without charge on several occasions.

Perhaps the real problem for dissident bloggers in Saudi Arabia, though, is not the punishment, but the fact there is just so much you can’t talk about. Hamoud Ben Saleh was arrested in January last year for writing online about his conversion to Christianity.

Besides religion and politics, authorities take a dim view of anything they consider vaguely ‘indecent’, a lose turn of phrase covering a multitude of sins. To compound the problem, since sites are blocked using key-word filters, that can include potentially beneficial content such as information on sexual health or breast cancer.

Despite the best efforts of their governments, though, blogging in countries that take a strong line on dissent has thrived and there are many projects designed to help keep it that way.

Media rights group Reporters Without Borders, which last year published a list of 11 countries it branded “Internet enemies,” offers a downloadable Handbook for Cyberdissidents, available from its website.

Haven’t set up your own blog yet? Unsure about how to use digital and social media to promote the causes you care about? Be sure to visit Matador’s Social Media Focus Page for resources that will help you get started.

Solo travel in Myanmar: My experience in 15 beautiful images

Check out these stunning portraits of Myanmar’s people and culture

The stark beauty of Myanmar’s monasteries