I have seen all kinds of art, and I have never been as moved by a show as when I saw “Ausencias” in Rosario, Argentina.

On display in Museo de la Memoria (Museum of Memory) between March 23 and May 30, I made it to the opening on the eve of Día Nacional de la Memoria por la Verdad y la Justicia (National Day of Memory for Truth and Justice), a holiday dedicated to the remembrance of the dictatorship and the atrocities and deaths attributable to it.

Family photos enlarged to the size of picture windows present a “before.” Before as in before the Argentinean dictatorship between the years of 1976 and 1983 that snuffed out the lives of as many as 30,000 people. 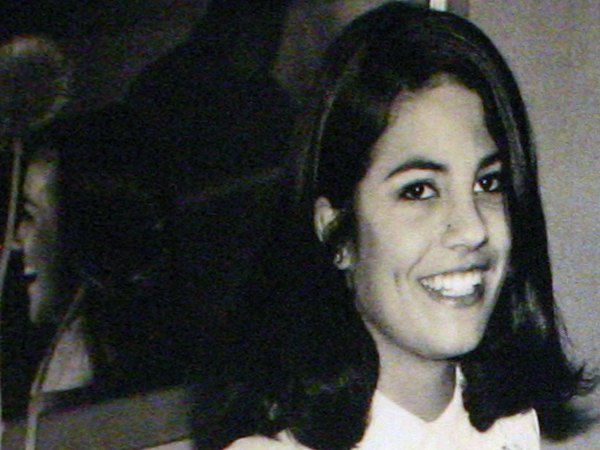 To the right of each of these moments caught on film among family and friends are their modern counterparts. People who have aged in the interim, the ones who remain, recreate each scene under the careful direction of photographer Gustavo Germano.

Husbands, wives, parents, and children who once were there leave haunting spaces in the images. The gravity of the loss is apparent in the eyes of those in the enormous, full color prints. Many of the subjects gaze directly into the camera with sobering expressions.

The disappeared were from all walks of life. Children were taken from mothers who were suspected of having subversive views – the mothers killed and the children given to the military elite.

The following are some photographs I took of the exhibition along with translations from the program. The missing are named with their age at the time of their disappearance or murder. 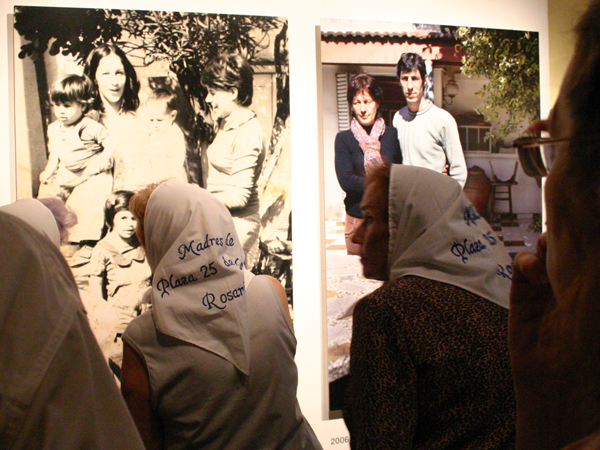 (in this photo, you can see Mothers of the Plaza de Mayo viewing the work)

María del Carmen was born in 1947 in Nogoyá. Childhood sweetheart and wife of Omar Dario Amestoy, she was a kindergarten teacher in a Catholic school in Nogoyá.

At the age of 29, María del Carmen was brutally assassinated by Army forces and Federal Police along with her husband, Omar Dario Amestoy, and their small children, María Eugenia and Fernando. At six in the morning, tanks and trucks surrounded their house at 668 Justo Street while they slept.

Cars, submachine guns, shouts, grenades, tear gas. María del Carmen, Omar, and their friend Ana María Granada had no means of defending themselves. They tried to hide the children. The adults died riddled with bullets. The children, María Eugenia and Fernando, were asphyxiated by gas. Five month old Manuel, son of Ana María Granada, hidden in a blanket inside a wardrobe, was the only survivor. He recovered his identity in 1995.

In this 1974 photograph, María del Carmen on the right smiles next to her mother in law, Aurora Yturbe, her cousin Martín and her two children, María Eugenia and Fernando. Sunday lunch with the in-laws.

As of March 2009, the families continue to seek justice. 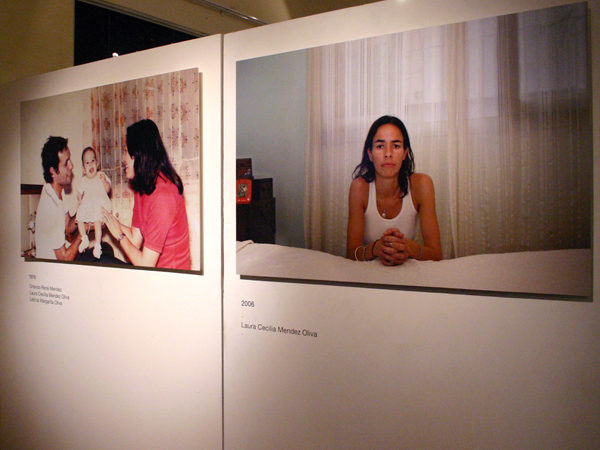 Orlando “Toto” worked in an air conditioner factory and was a guerrilla soldier. On October 21, 1976, he was arrested during a meeting with this organization. His 11-month old daughter was with him. They were both transferred to the Navy Mechanics School. Orlando arrived dead.

María Álvarez, also detained there, looked after the baby for several hours. By night, the child was abandoned at an orphanage where, after several days of searching, her mother was found and they were reunited.

After the arrest and murder of her husband, Leticia abandoned activism and moved to another city. December 27, 1978, two years after Orlando’s arrest, an armed commando group invaded her home.

Three year old Laura was in the house with her babysitter. The soldiers waited six hours for Leticia to return from the clinic where she worked. As soon as she entered, they blindfolded her, beat her, and took her away. This is the last image Laura would ever have of her mother, who she would never see again.

In the photograph, Orlando and Leticia with Laura in the house of her grandparents days before the state strike of March 24, 1976.

Eduardo Raúl was born February 20, 1958 in Villaguay. The oldest of four brothers, at 16 he was elected president of La Salle Student Center and started an activist group.

In July, 1976, he was detained nine days in the hidden detention center in Paraná City Army Squadron Communication Center (CCD). Once freed, he moved to Rosario where he lived in hiding. On December 17, 1976, he was arrested once again, this time by the Argentinean Army and Santa Fe Province Police.

For days he was tortured in the CCD, known as “El Pozo,” or the hole. Investigations following the dictatorship and verified recently by the Museum of the Memory in Rosario reveal that Germano was murdered December 23, 1976.

Rosario Chief of Police, Augustín Feced, organized a simulated terrorist attack in the Fisherton neighborhood to blow up the tortured bodies of Eduardo and his girlfriend. Eduardo “el Mencho” or “the Mensch,” was buried January 4, 1977 in an unmarked grave at La Piedad Cemetery, which was later turned into a mass reliquary.

In the photograph: 1969. The family goes on vacation to Uruguay. The Argentinean police demand an identity photo of the children before permitting them to cross the border. The photo was taken in a studio in a nearby town.

The artist is the subject on the left of each photo here.

Visit Germano’s website to see more photos. Even if you can’t speak or understand Spanish, these photos need no translation.

Tagged
Activism News Argentina
What did you think of this story?
Meh
Good
Awesome