01:00 May 5, 2020
Top Countries
Top CitiesView All Destinations
Trending Countries
Trending Cities
Load More
In an economic recession, something’s gotta give. But does it have to be our state parks? 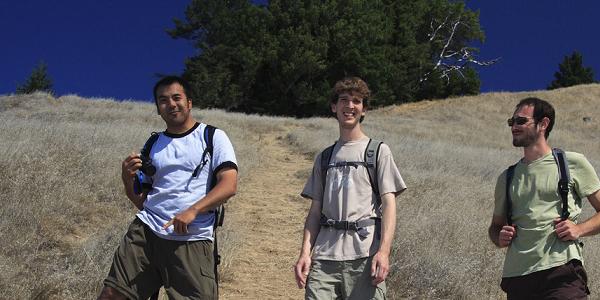 When I was watching Governor Arnold Schwarzenegger’s address to the California legislature last week, I wasn’t sure I could believe my eyes or ears: The Terminator, er, Governator, almost sounded emotional as he talked about “seeing the faces behind those [budget] cuts,” which he’d made with his executive power.

“It’s an awful feeling,” Governor Schwarzenegger said, describing the sound of protesters outside the Capitol building and recounting the tales of civil servants, Alzheimer’s patients, and children who will be affected directly by cuts to the state’s three largest areas of spending: education, health care, and the prison system.

In addition to critical services, the governor announced that he plans to shut down 220 state parks as a cash-saving measure to help correct the $24 billion budget deficit.

Acknowledging that legislators’ decisions about the budget will likely be the most difficult choices they’ve ever faced, Schwarzenegger said that the state will run out of money if they don’t make those tough calls by June 15.

He’s right, of course– the only way the budget can be reined in is by making hard choices. But closing state parks doesn’t just affect people’s ability to enjoy California’s abundant natural resources; it will also affect their health and quality of life. As The Gaia Conservancy noted, state parks may actually help bail out the foundering economy. When local tourism is promoted, money goes directly to the state.

You can view the full speech in the video below:

Want to take action? The Gaia Conservancy is sponsoring an online petition, which you can sign here. You can also view other resources and calls to action on the California State Parks Foundation’s Facebook account, which is here.

And if all your efforts don’t prevent California’s state parks from being closed, check out Matador contributor William Moss Wilson’s article about California’s best treks… some of the urban options may surprise you!

7 countries you can’t enter if you have a DUI The oldest city in every state, mapped Canadian Mounted Police fined seven US visitors $1,200 for hiking in Banff Mapped: The optimal road trip to see all the US national parks For the perfect day of hiking and Colombian coffee, head to Jardín