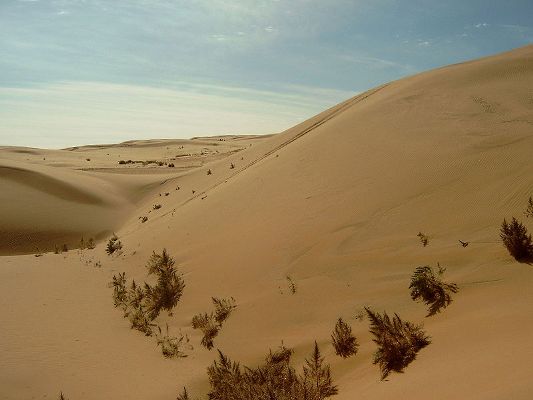 The environmental problems our generation must confront are frightening.

But amid the daily chatter we hear about these three problems, another serious environmental challenge has been largely overlooked by mainstream media: desertification.

According to the U.S. Geological Survey,

The world’s great deserts were formed by natural processes interacting over long intervals of time. During most of these times, deserts have grown and shrunk independent of human activities.

Since the 1930s, however, desertification has been an increasingly worrisome problem around the world–even in the United States–as people who live in and around deserts overgraze, implement destructive farming practices, and change their habitation patterns, increasing erosion and decreasing the utility and stability of arid land.

Despite the documentation substantiating that desertification exists, scientists and environmental activists have had difficulty defining and quantifying the extent to which desertification is a problem… until recently.

As the video here indicates, desertification has become such a problem that its effects have become even more acute than damage to the physical environment: desertification is even sparking off human conflicts–and genocides. United Nations Secretary General Ban Ki-moon states desertification is directly responsible for the current crisis in Darfur, Sudan.

The implications of desertification indicate just how important it is to act to stem the problem of this particular environmental crisis. Check out the video below to learn more about how one group, the Village Reforestation Advancement Initiative, is working to halt desertification in Sudan:

The Climate Win: turning the home into a voice for sustainability