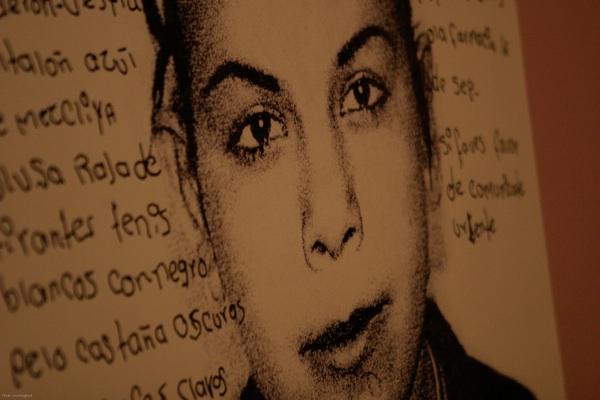 In honor of the International Day of the Woman, municipal authorities of Juarez, Mexico organized their first Miss Captive Beauty Pageant at the Cereso Prison on Tuesday.

Organizers of the event touted it as a rehabilitative effort to raise the women’s self esteem, and contestants interviewed for Mexican television said it helped to break up the monotony of prison life and that they enjoyed dressing up and being outside.

It’s an interesting subversion of the traditional beauty pageant that demands a mirage of perfection in both traditional “beauty” and personal life, and often ends in tearful apologies when some aspect of the beauty queen’s life falls outside of that fairytale dimension.

And certainly if any society is seeking to have effective rehabilitative prisons that address the issues behind criminality rather than simply serving as revolving doors, creative programs can be a step in that direction.

“And mostly, I’m thinking of the rest of the women of Juarez, Mexico.”

But I can’t help but get a disturbed feeling from watching news reports that zoom in and out on women’s bodies. I’m having trouble making the connection between rewarding a select few prisoners based on their looks and celebrating womanhood. And mostly, I’m thinking of the rest of the women of Juarez, Mexico.

Since the early ‘90s, hundreds of women in this border town have been killed, raped, or “disappeared” and never been found. These women were poor, many of them on their way to work in the maquiladora (sweatshop) industry, and the police have been notoriously dismissive towards the pleas of family members to investigate the cases, with 177 state officials deemed negligent in their handling of the investigations.

Recent measures by the Mexican government indicate that they are hearing some of the outcry, but much remains to be done in the way of true justice and reform. This is compounded by the fact that Juarez is a border city that has been one of the biggest casualties of the drug war.

This is a place where women were often blamed for their own murders, their characters attacked, and their sexual habits questioned, and where flyers would go up with safety tips for women such as not wearing provocative clothes or skirts that are too short.

I wonder whether the well-meaning officials behind Miss Captive Beauty are playing into the same kinds of paradigms that have turned marginalized women into disposable objects, ones not even worthy of a murder investigation, or a look into the complex conditions that drive their involvement in drug trafficking.

I also wonder whether this is indicative of attitudes in Juarez or if it’s just simply that the problematic aspects of beauty pageantry are made more aware because it’s removed from its usual arena and placed in the context of prison. And I also wonder whether I even have a right to question something that seems, at least from media reports, to be happily welcomed by the women of the prison themselves.

What do you think? Is a beauty pageant at a prison in Juarez a move forward or backwards?

For more on Mexico and border issues, please read our interview with author David Danilo: “Back in 1848?: A Closer Look at the US/Mexico Border.”

What did you think of this article?
Meh
Good
Awesome
Bookmark
Posted In
Culture
Destinations
Mexico