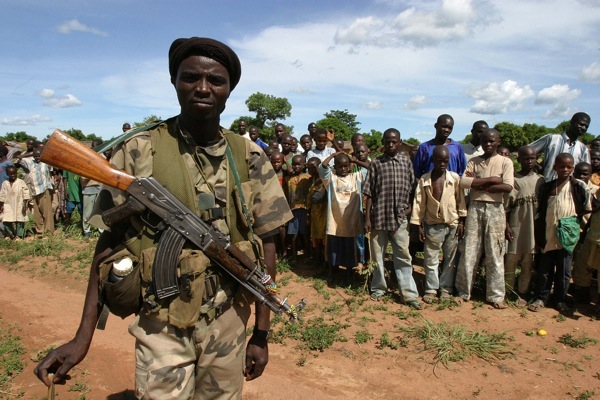 The peace agreement in Sudan is precarious. What can the rest of the world do to support it?

This weekend marked the fifth anniversary of the Comprehensive Peace Agreement that finally forced an end to Sudan’s seemingly endless civil war, the longest running conflict in Africa.

The country is now at a critical crossroads: within the next year, it must resolve differences between the north and south or formally divide the country into two distinct nations.

Though mainstream media haven’t given as much attention to this story as it needs, artists and musicians from around the world lent their talent to the cause of peace in order to draw more awareness to current events in Sudan:

January 9 has come and gone, but you can still take action.

Read this quick primer on recent and current events in Sudan to get a sense of what’s been going on, then click back to Sudan365’s website and consider signing this petition, which calls upon key world leaders to provide the diplomatic support needed to uphold peace in Sudan.

Are you a traveler who has spent significant time in Sudan? Consider becoming one of our Africa destination experts.

What did you think of this article?
Meh
Good
Awesome
Bookmark
Posted In
News
Destinations
Sudan

Sudan is a safe and fascinating destination. Here’s why you should check it out.

Strangerness: Being thought American in Sudan

Visiting South Sudan as a tourist

Butterfly, Lightning: volunteering in the Sudan as a graphic novel

Sudan-The mystery of the African pharaohs

The dollar value of a human life