10:41 Feb 11, 2020
Top Countries
Top CitiesView All Destinations
Trending Countries
Trending Cities
Load More
Donating your old electronics sounds like a great idea… until you find out where they wind up. 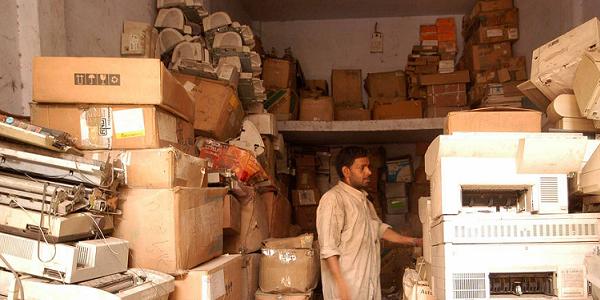 You already know that you shouldn’t just send that old laptop or printer to the landfill once you’ve upgraded and moved on, right?

E-waste– the electronics we discard when they no longer serve us–is the environmental bane of the technology age, responsible for at least 2% of solid waste in municipal landfills.

Despite the expansion of electronics donation and recycling programs, 157 million computer products and 126 million cell phones were sent to the trash heap in 2007.

Environmental advocates agree that thoughtless disposal of electronics is a bad move: hazardous chemicals leach into the ground soil and water table, causing eventual health problems for humans and animals.

But lately, environmentalists have also been concerned about where donated electronics are ending up, and they’re raising questions about the more immediate health threats the recycling and reuse of electronics are causing.

Eighty percent of the e-waste that is sent for recycling ends up in countries outside the West, where it’s typically cheaper–often, as much as 10 times cheaper–to reprocess our used goods. Much of our e-waste ends up in Asia and Africa, where workers strip the electronics of their components, such as copper wire and other metals that can be resold.

The price, though, may be higher than the payoff: workers expose themselves to dangerous chemicals that can create long-term health problems, as the video below documents:

So what can you do to get rid of e-waste responsibly? Greenpeace offers some advice here.

Do you have other electronics you’d like to donate safely? Learn more about donating old cameras here. And for some ideas about other odd items you can recycle safely, please read our article, Random Things You Didn’t Know You Could Recycle.