10:41 Feb 11, 2020
Top Countries
Top CitiesView All Destinations
Trending Countries
Trending Cities
Load More
Millions of people have watched “The Story of Stuff.” But not everyone agrees that it’s a perfect primer on conscious consumerism. 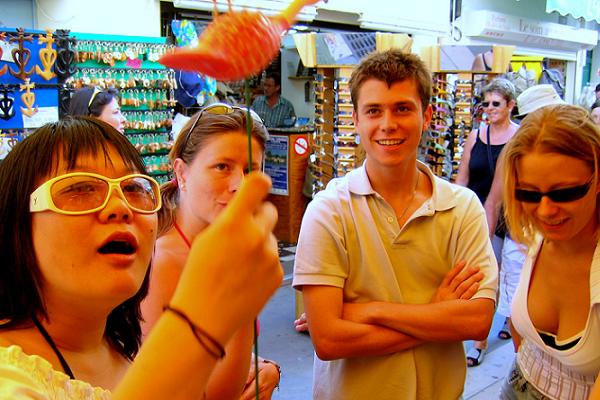 Maybe you’re one of the millions of people who’s watched “The Story of Stuff.”

If you’re not, then here’s the quick overview: “The Story of Stuff” is a video made by Annie Leonard, an environmental activist and former Greenpeace employee who is deeply concerned about mass consumer culture and its effects on the environment.

Leonard put the video online in late 2007 and it became what the New York Times recently called “a sleeper hit.” Though it’s free online (both on The Story of Stuff website and on YouTube), thousands of churches and schools have ordered their own copies so they can teach their members about the ways our purchases ultimately impact the world we live in.

“The Story of Stuff” has been praised because it’s simple without being insulting, informative without being dry and overly didactic. It conveys a message without being painfully preachy. And it’s stimulated conversation online and off, encouraging people to share ideas about how they can take Leonard’s message and make it real in their own lives:

But not everyone is as enthusiastic about “The Story of Stuff.” One parent in the United States, annoyed that his child had been exposed to the video at school, argued that “The Story of Stuff” was just anticapitalist propaganda. In his complaint to the local school board, he griped, “There was not one positive thing about capitalism in the whole thing.”
The school board agreed, ruling that showing the video violated school policies.

And this guy’s by no means an anomaly.

A quick scan of the comment thread on “The Story of Stuff’s” YouTube account shows that plenty of folks have confused Leonard’s message of conscious consumerism with communism.

“Would someone tell this stupid commie #*&$% about economies of scale.” wrote one commenter.

Another: “Jesus enviros and their lackiers [sic] are troglodytes.”

That’s good for a laugh, maybe, but it’s too bad that some viewers (we’ll assume they did watch the video, right?) have blown “The Story of Stuff” out of proportion and find its call to be more conscious about our purchasing patterns a threat to capitalism.