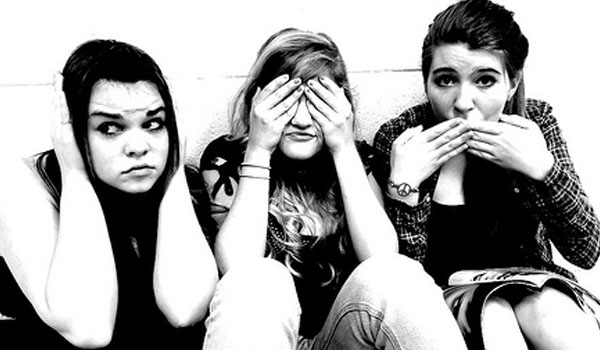 While in the United States and many other countries with majority white populations, whites see whiteness as the default race or no race at all. Being in the majority around which the power structure is created extends privileges many take completely for granted and totally fail to recognize.

A mistake often made is attaching an emotional value to these and similar thoughts and having that emotion cloud objectivity to the point that the ideas are forgotten in the haze of anger, bitterness and defensiveness.

The following is a list (a very incomplete one) to get people thinking about white privilege as noted by a white girl who has spent most of her life in the U.S., so please forgive the U.S. bias. If you are non-white, please excuse the obvious direction of this article to whites.

In the spirit of free thought, read the following as objectively and open-mindedly as you can.

Have you ever been in a bookstore and noticed the “African American Literature” section?

Think about the implications of this.

What does this mean to white readers who can safely peruse the fiction section knowing their race is reflected in the selection, while perhaps the experience of Black Americans is not?

What does it mean for Black readers?

What does it mean to Black writers who hope to sell their work to a wide audience?

Does it mean that the experience of African Americans is not relevant to the typical, white fiction reader?

As a white person would you feel that you were conspicuous or out of place perusing the African American literature section? 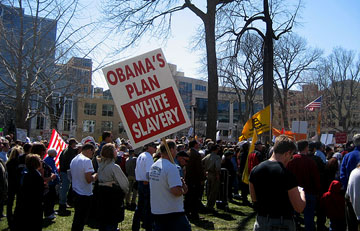 Not all Bigotry is This Blatant
Photo: cometstarmoon

If so, how does this translate to the experience of a Black shopper?

What really are we supposed to glean from the fact that books are segregated in a bookstore?

Is the African American experience a niche market?

Are bookstores making a point of spotlighting the work of African American writers?

Do they want to be seen as liberal and fair?

If so, why are they bringing such a conspicuous display of attention to what is usually such a small selection of books?

Do they want to make it easier for people interested in African American literature to find the relevant books?

What other “subsections” of fiction or literature are there in the book store?

Is it significant to you at all that you can choose to think about this or not to think about it and it will not necessarily have an effect on your life?

Can you continue to ignore race politics and theory without having it bother you one way or another?

Can you think of ways in which other people might not have that luxury?

Is it a luxury?

Are Hughes or Hurston any less relevant to the lexicon than Hemmingway or Plath?

Of course, this series of questions is based on one example where race is starkly on display. It should go without saying that People of Color are not only Black people. This short list of questions is simply meant to get you thinking.

Recognizing white privilege is an ongoing process that requires active participation by the person who wishes to recognize it.

You must think about your whiteness and its implications, read and talk about it or write about it to be aware of it and understand it.

Race is a touchy subject. Whites are often so afraid of saying the wrong thing that we claim not to see race or that it doesn’t matter to us. We claim not to perceive our own race. In order to avoid taking responsibility for our privilege, we deny that it exists.

Pretty convenient of us to deny race when for many people the day to day fact of their race is a relevant and important part of their identity. Yet we can claim not to perceive that part of the identity of other people with little or no consequences for our willful ignorance.

Playing dumb is a total cop out. 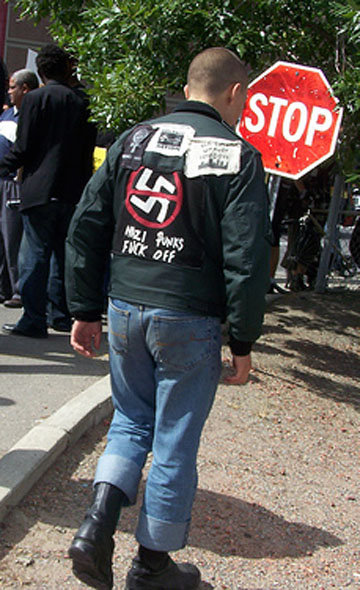 In a recent Newsweek article, white parents’ reluctance to talk about race was exposed as a crucial factor in the development of biased attitudes concerning race in young children. Certain parents who had signed up for a study about race, when told that they were to take a few minutes to discuss race with their children each day for its duration, chose instead to opt out of the study – the discussion was too uncomfortable.

Many seemed to think that discussing race was an inherently racist thing to do. That might be the truth if you hold racist attitudes. The fact that most of us do on one level or another and refuse to own up to it in order to stamp them out is willfully ignorant and destructive.

In this way, white children learn to shun the topic of race as shameful and it becomes the job of society at large to school the majority on how to think about race. It seems like too important of a topic to leave to chance or to heavily biased media outlets, but by and large that’s how it’s done.

These kids associate discussion of race with the fear implicit in their parents’ silence and by proxy begin to view race as a taboo topic, further surmising that there is something to be ashamed about. Too ashamed to talk about.

Ignorance continues to be propagated.

If you’re interested in learning and thinking more about white privilege and its implications for people in majority white cultures, you should check out this abbreviated version of “White Privilege: Unpacking the Invisible Knapsack” by Peggy McIntosh.

Other sites I’ve run across recently are Stuff White People Do, an article to do with the Palins as an example called “What is White Privilege?” from the Chicago Sun Times by Mary Mitchell, and the essay “White People Need to Acknowledge Benefits of Unearned Privilege” by Robert Jensen.

If you are interested in talking and reading more about anti-racism, find groups on the web like White Anti-racist Community Action Network and join up. Another really wonderful resource is the LiveJournal Community Debunking White, a community that does not have open automatic membership, but which you can still access without being a member.

When you start, it’s best to keep an open mind and just allow yourself to consider ideas that you may find foreign, disconcerting or even upsetting. Wait to fully consider ideas before jumping in with questions and opinions. You’ll find that questions you have have been answered before in many ways many times. Dig deep and you’ll surely find change within yourself.

Search for “white privilege” yourself in any search engine and see what you come up with. Post awesome and interesting finds in the comments field below.