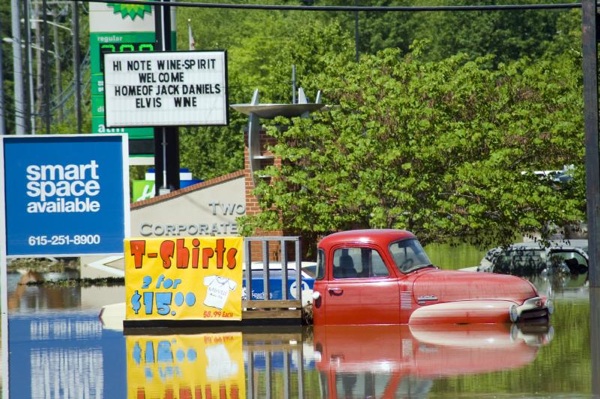 Nashville still needs help, and the writing and publishing community is coming together to provide it.

You’ve heard about the flooding in Nashville on the news – or maybe you haven’t. It hasn’t received quite the amount of coverage in the U.S. that one might expect for a city underwater with at least 23 dead and 42 counties declared as disaster areas.

But as we’ve seen right here on Matador in the past, it’s during these times that small communities band together to make a real change. Authors Victoria Schwab, Amanda Morgan, and Myra McEntire got together and set up Do the Write Thing for Nashville, a live auction blog. Proceeds from this auction will go directly to The Community Foundation of Middle Tennessee.

They kindly took time out of what has become a huge event to answer a few questions.

How did you get the word out about DTWTFN?

We started with our own personal connections to gauge interest, and then once we were comfortable we put up a blog and a Facebook page. After that we moved on to the beast that is Twitter. [T]he event wouldn’t be a third of what it’s become if not for the Twitter community.

What types of items are up for auction?

Critiques from agents and publishers, signed books from authors (such as Shannon Hale, John Grisham, Melissa Marr, Sherrilyn Kenyon, and a couple we can’t tell you about yet), a poster signed by Robert Pattinson, a trip to a ranch in Montana, specialty craft items, a chance for Lisa McMann to fly into your town and take you to lunch – and an offer just came in from Tasha Alexander and her fiance Andrew Grant to do the same.

So many writers, agents, and editors have donated so much. Which auction items really floored you?

Definitely the visit from Lisa McMann. We really want to bid on that one ourselves. Also, agent Suzie Townsend offered an editorial letter on a full manuscript and phone call and ended up receiving four bids over $1,000 before the auction closed. When she saw this, she said, “For that kind of donation, I’m willing to read and write an editorial letter and call all four of them.” 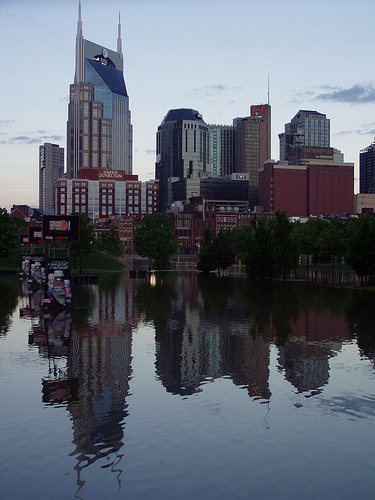 Can folks donate directly to your effort without bidding?

They can. There’s a tab on Do the Write Thing for Nashville that will allow you to do just that.

Any idea how much you’ve raised so far? When does the auction end?

The first three days raised…$27,000. We were shocked. Shocked. It just proves how amazing the writing community is. We think we’ll have ten days of bidding, total, but we’re working on some follow up days for bundles of like items. There’s just no way we could do the work it would take to schedule it all and continue breathing.

If you’re thinking about visiting Nashville, check out our honky-tonk guide of the city’s music.

Tagged
Travel Nashville, TN, United States
What did you think of this story?
Meh
Good
Awesome

I felt safer traveling to Aruba during the pandemic than I have in the United States in months
Americans are rushing to buy a second passport, and here’s what it takes
Motels are making a huge comeback, and these are 10 of the coolest in the US
How to choose between an RV or van for your next big road trip
Everything Americans need to know about traveling to Mexico right now