While rumor has it that Tokyo is nothing but a futuristic metropolis like the ones seen in Blade Runner or The Fifth Element, it’s considerably more layered than that. There are indeed, groundbreaking neomodern architecture and digital art installations, but there’s also a rich cultural landscape feathered with temples, classical Japanese theater houses, artisanal craft galleries, and outdoor markets. 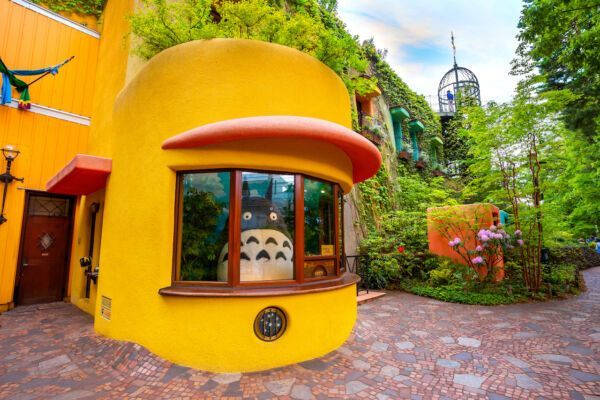 Studio Ghibli Museum — Studio Ghibli, the brainchild of a group of Japanese cartoonists in the 1980s, is one of the nation’s most venerated anime institutions, having reached levels of global acclaim through masterpieces like Spirited Away, My Neighbor Totoro, and Princess Mononoke. The eponymous museum in Mitaka Ward with its vine-swept walls, concept art studies, trippy centerpieces, and cinema screenings of new Ghibli short films, is perfectly in tune with the surrealist design themes on which the studio built its name. Snap a photo beside a built-to-scale Laputian robot from Castle in the Sky, get comfy inside a giant version of Catbus from My Neighbor Totoro, or walk through a creaking study representing the workspace of Ghibli’s most legendary animator, Hayao Miyazaki. 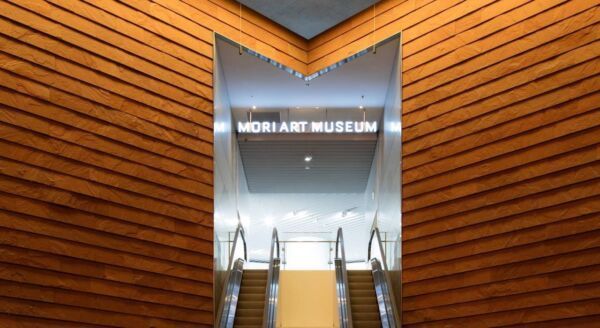 Mori Art Museum — The Mori Art Museum is the beating heart of Japan’s contemporary art. It covers a diverse range of mediums and styles with over 400 prized works in its exclusive collection, such as the works of photographer Kikuchi Tomoko, and Chatchai Puipia’s eccentric self-portraits — the mainstay pieces are primarily from Japanese and Asian artists. Exhibitions are also held throughout the year exploring thought-provoking themes such as the effect of artificial intelligence on the future of humanity, and how art can influence us during times of catastrophe. 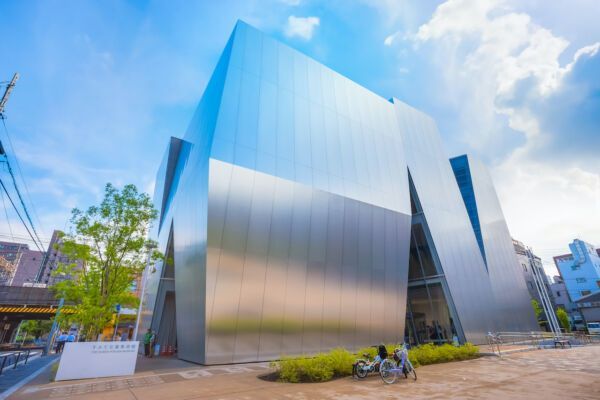 The Sumida Hokusai Museum — Katsushika Hokusai, the grand master of Japan’s iconic ukiyo-e art — woodblock prints often depicting scenes from traditional theater or folklore — has been immortalized in the Sumida district of Tokyo where he lived. The Sumida Hokusai Museum tells the story of his life through high-definition replicas, while other spaces within the complex are dedicated to temporary exhibitions displaying his original 19th century works. Conversely, the building in which it’s housed speaks more to modern artistic sensibilities. Built by the Pritzker Award-winning architect, Kazuyo Sejima, the four-story angular building is covered in smooth aluminium panels which take on an almost iridescent sheen in the sunlight. 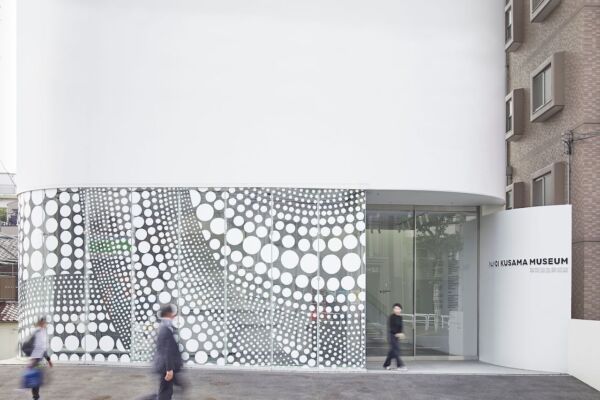 Yayoi Kusama Museum — Japanese avant-garde artist and unofficial mother of the polka dot, Yayoi Kusama, founded an institution dedicated to her own works in 2017. Previous exhibitions showcased mid-20th century paintings of demonic-looking plants inspired by Kusama’s parent’s seed nursery, and works from her “Infinity Nets” series. The nonagenarian Kusama’s pumpkins, paintings and sculptures have long been the pride of museums, institutions, and art festivals across the world, so tickets for the twice-annual exhibitions held at her Waseda-based museum, must be booked well in advance on the museum’s website. 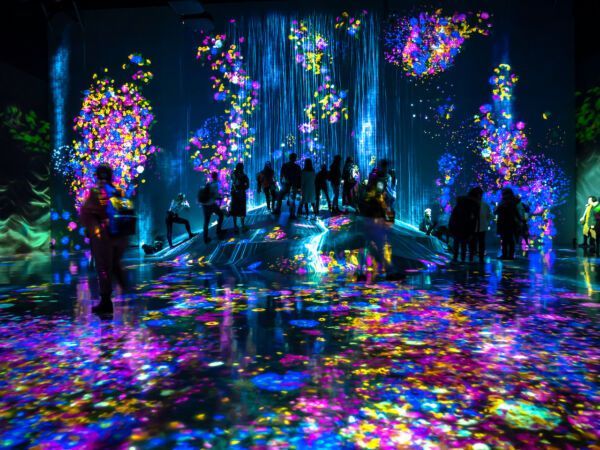 teamLab Borderless — Digital art collective, teamLab, have become no stranger to Japanese shores in recent years, and their Borderless exhibit in Tokyo Bay stands as a symbol of modern art in the city. Inside a giant hangar-like structure, visitors walk through a series of rooms with dynamic light projections, accompanying soundscapes, and interactive environments. The name Borderless represents the erosion of the barrier between the art and the viewer. Tickets should be booked in advance. 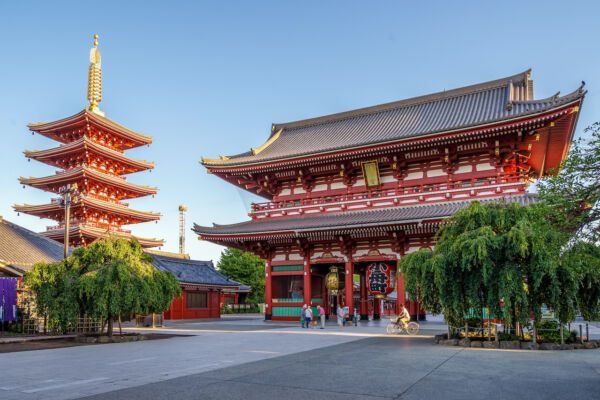 Senso-ji — Kyoto may be Japan’s gold standard in the temple sphere, but Tokyo’s Senso-ji holds its own. The seventh century main hall and its surrounding structures are emblematic of Chinese Buddhist architectural styles; the buildings beam with bright vermillion woodwork, while a five-story pagoda reaches toward the heavens. The temple entrance — the Kaminarimon or “Thunder Gate” — stands over visitors with a giant paper lantern dangling from its arch. Behind the gate is craftware market street, Nakamise Dori, which was built during the Edo Period (1603-1868) around the same time the Shogun (Japan’s former militaristic dictator), Tokugawa Ieyasu, dedicated Senso-ji as his family’s tutelary temple. Nowadays, Nakamise Dori is a great place to buy Japanese pottery, washi (mulberry paper) fans, or handmade cooking knives. 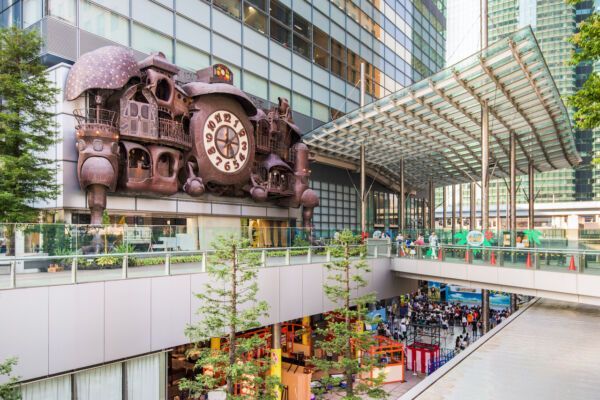 In Tokyo, you’re unlikely to see the poignant and politically-charged street art of Berlin, London, or Melbourne. There are a handful of playful statues positioned around the city however, mostly based on cinematic icons and pop culture franchises.

The most famous is the roaring Godzilla’s head sculpture, which looks to be laying siege to the Hotel Gracery in central Kabukicho. The Unicorn Gundam Statue, styled after a Transformer-like robot from the popular Gundam anime franchise, is located in Tokyo Bay’s Odaiba district. Keeping him company is the 2,600-foot-long Rainbow Bridge nearby, which glows in polychromatic hues come sundown — for the best experience you can view it from a yakatabune (river boat). Arguably the most impressive of Tokyo’s public artworks is “NI-Tele Really BIG Clock,” or more simply, the Ghibli Clock, located in front of the Royal Park Hotel in Shiodome. Designed by master cartoonist, Hayao Miyazaki, this giant steampunk timepiece with bionic limbs has its creators’ unmistakable artistic footprints all over it. 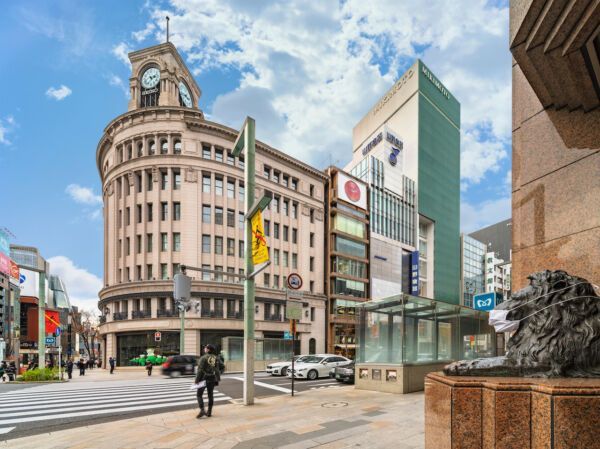 Striking works of architecture, both new and old, can be found all over Tokyo. But for the highest concentration of innovative designs, the neighborhoods of Ginza and Omotesando are the obvious frontrunners. Ginza’s neoclassical-cum-art deco Wako Building — famed for its grand clock tower — is very un-Japanese, yet one of the few buildings to survive the plentiful bombing raids of World War II. Nakagin Capsule Tower is a symbol of Japan’s post-war cultural resurgence and bubbling economy. Though now it looks like a poorly constructed lego tower of rusted washing machines, it was once a swanky business accommodation for Japan’s traveling white-collar workers. The unusual style is representative of the country’s late-20th century metabolist architecture movement. For pure shock factor, check out the V88 Building, whose slowly coiling facade seems to shift trippily as you walk around it. 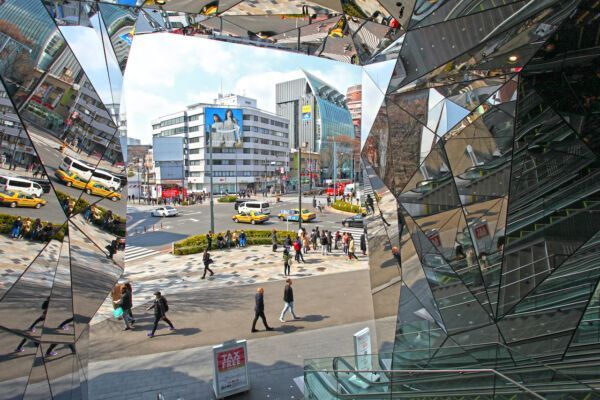 In Omotesando the mirrored Tokyu Plaza entrance and nearby ‘Iceberg Building’ are typical of the eccentric modern architecture in this upmarket neighborhood. The latter seems to defy gravity, with more sharp edges, sides, and angles than any upright structure ought to bear. Many of the buildings lining the main shopping avenue, Omotesando Dori, sport similarly imposing designs.

Kabuki-za Theater — The Kabuki-za Theater in Ginza is the home of kabuki, Japan’s most famous traditional theater style. Kabuki is generally confounding to western audiences, with its all male cast slapped in bright white face paint, its slow-burning dialogue delivered in strangely choreographed scenes, and running times that make Shakespeare seem like a man of brevity. But with tablets offering English translation now available and the ability to jump in and out of the action throughout the day, a visit to the Kabuki-za can offer a fascinating peek behind Japan’s theatrical curtain.

Other points of Interest 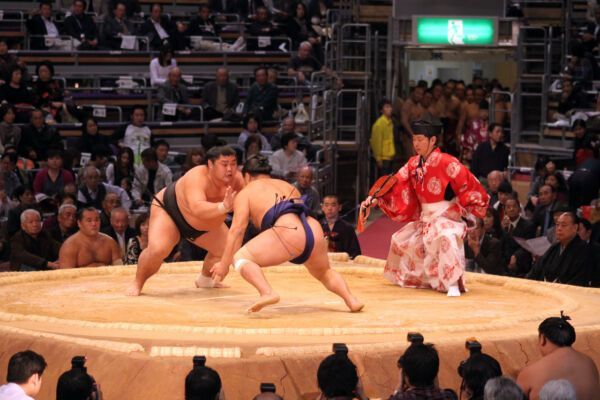 Sumo at the Ryogoku Kokugikan — Few sports are as inexorably intertwined with traditional culture as sumo in Japan. Originally stemming from a Shintoist ritual to ensure a bountiful harvest, the sport has always been regarded as one of transcendence, with yokozuna (grand champions) still being treated with almost god-like respect. Watching two of these gargantuan athletes going toe-to-toe at Tokyo’s Ryogoku Kokugikan is, for many, the real pinnacle of Japanese cultural experiences. 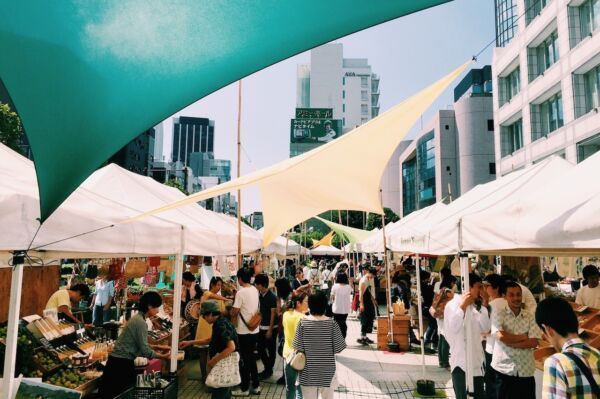 Aoyama Farmers Market — The Aoyama Farmers Market in Omotesando, is an eye-opening example of the cultural shifts taking place in 21st century Japan. Fresh produce and sustainable practices are common themes among the food and craftware pop-up stalls, while hipster second-hand clothing brands hang from marquees staffed by young entrepreneurs. The weekly market is primarily a celebration of the culinary crafts, including bespoke kitchenware, picture-perfect fruits, or artisanal jams and spreads. There is also a craft fair held three or four times a year, where you can buy handmade trinkets, pottery, or quirky bags and accessories.

ReligionThe 5 most breathtaking shrines and temples in Kyoto, Japan
✖
travelstoke
Download the mobile app
stoked by