The hyper-efficient rail network that weaves across central Japan makes leaving Tokyo for weekend getaways or day trips from Tokyo an absolute breeze. Due north and west are primeval forests, mountains built for summiting, tranquil farming villages, and even excellent camping spots. And as you travel southwest along central Honshu’s urban belt, Mount Fuji soon dominates the skyline. But as with most adventures in Japan, the season may dictate which Tokyo day trips are best suited to your itinerary. Take a look below. 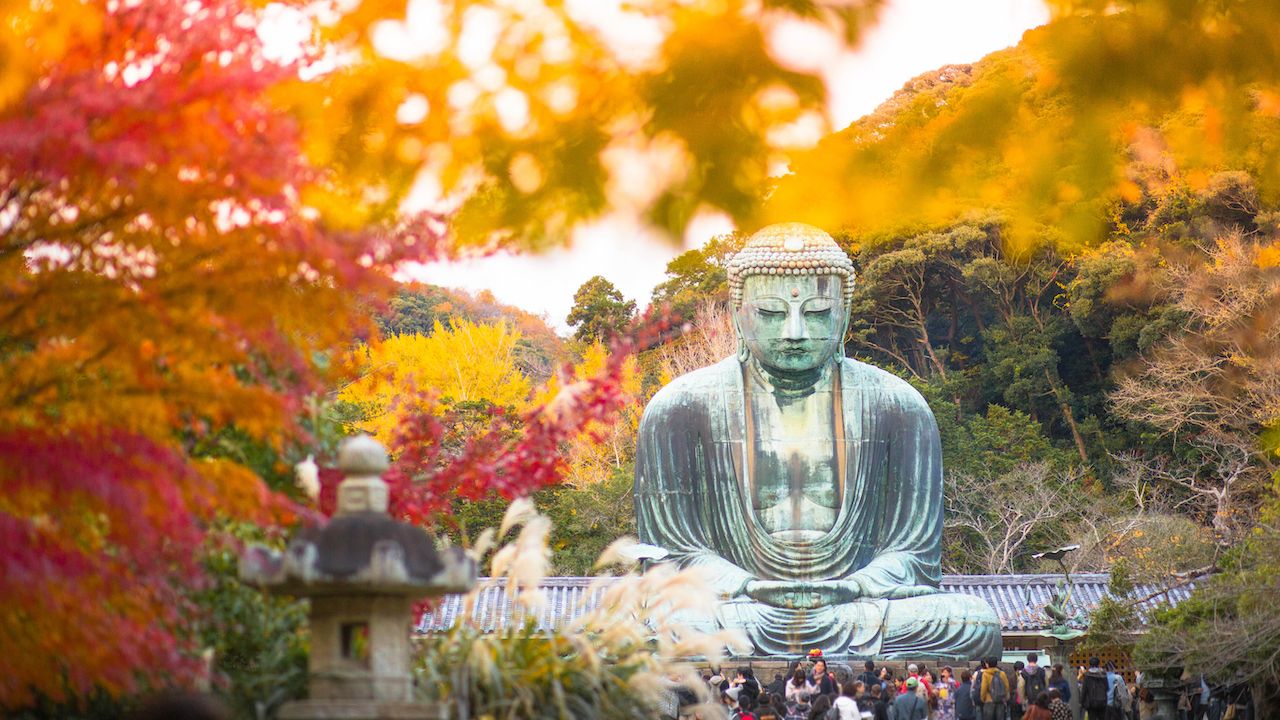 Kamakura — An hour south of Tokyo by train is Kamakura, most famously the site of the Kotoku-in Buddhist temple and its daibutsu (giant buddha) statue. Now a quieter seaside town studded with traditional ryokan inns, Kamakura was once the buzzing political center of feudal Japan from 1185 to 1333. The remnants of its historical and spiritual past remain through ancient zen temples, many of which are connected along the Ten-en and Kazuharaoka Daibutsu hiking trails.

Great waves also break against the shore of Kamakura’s Yuigahama Beach, attracting surfers in droves during the hotter months of the year — and a few foolhardy ones come winter. 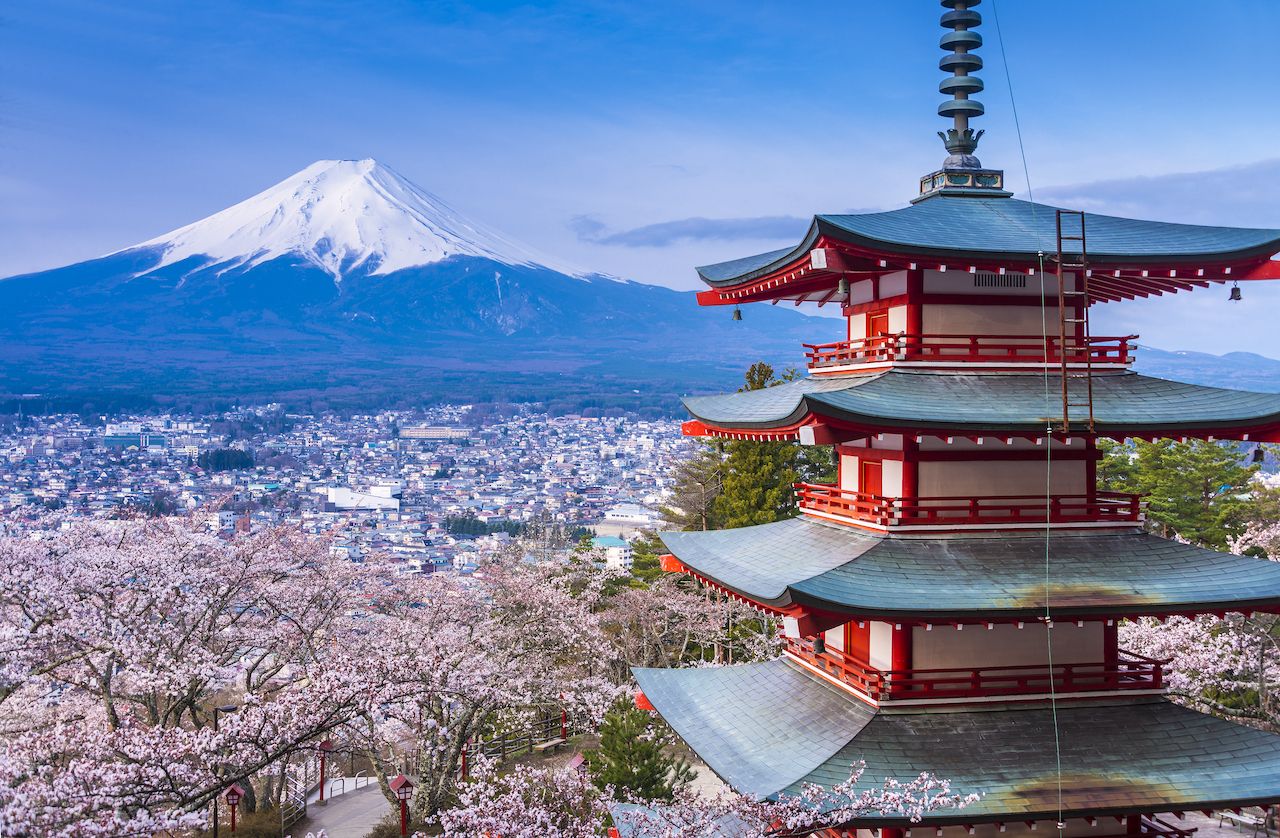 Mount Fuji — Few natural sights in the world are quite as captivating as Mount Fuji, a stratovolcano that rises 12,388 feet into the air, its snowy rivulets running like cream drizzled over a Christmas pudding. It’s no wonder the mountain has been a pilgrimage site for well over 1,000 years and remains an indelible symbol of Japan to this day.

Climbing Mount Fuji is surprisingly accessible. It’s not uncommon to see families with young children and septuagenarian walking groups decked out in North Face gear marching in line like ants to the top of an anthill. Rest huts offering room and board, clearly marked walking trails with night lanterns, and even vending machines all occur along the paths to Japan’s highest summit.

For the best experience, hike overnight and watch the rising sun from Fuji’s peak, the natural phenomena to which Japan — or “Nihon,” translated as “origins of the sun” — originally owes its name. Climbing season is during July and August; attempting to summit Fuji any other time of year is considered dangerous unless you’re an experienced mountaineer. 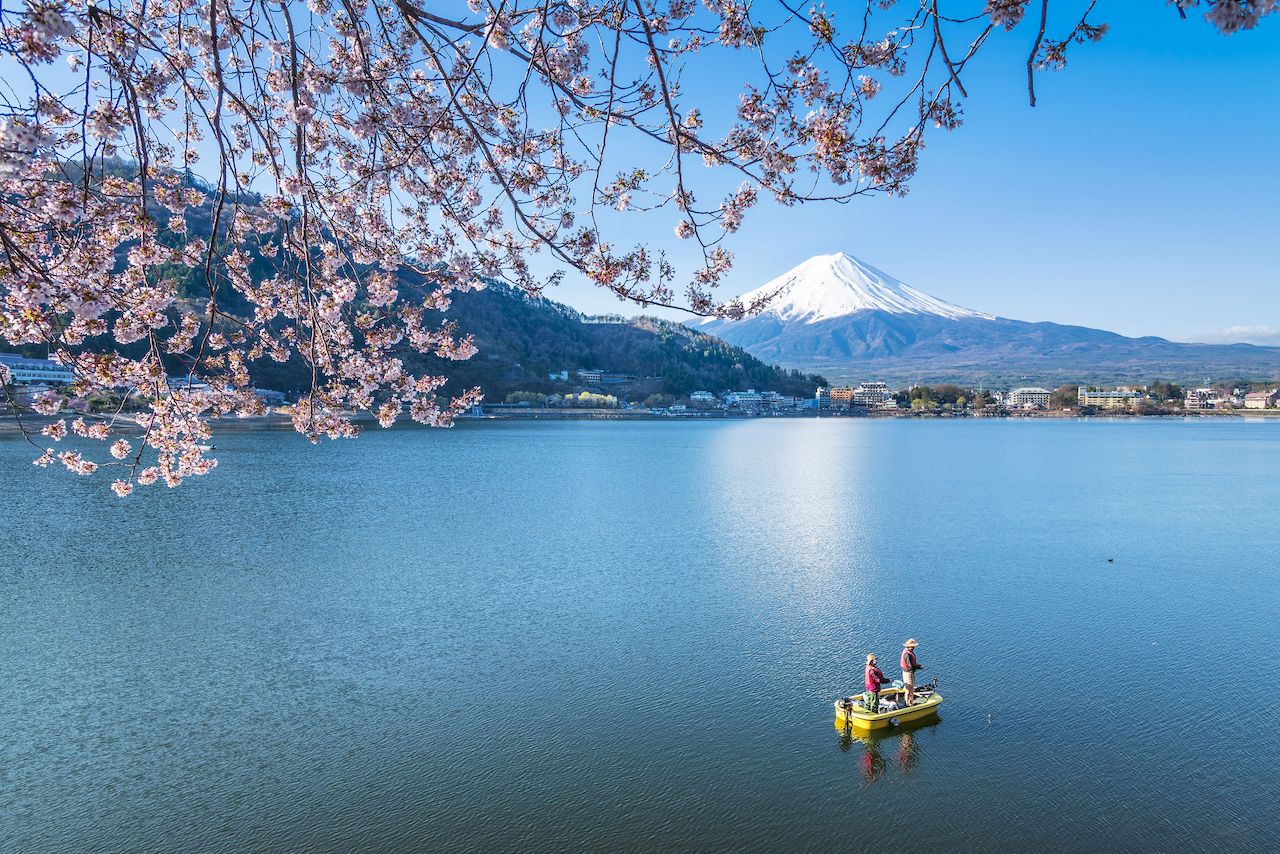 Lake Kawaguchi — For those who want to catch sight of Mount Fuji without putting in the legwork, Lake Kawaguchi, often called “Kawaguchiko,” is the next-best alternative. Serving as the gateway to Fuji Five Lakes — five bodies of water scattered near the foot of the eponymous mountain — Kawaguchiko is the most easily accessible via direct rail and bus connections from the capital.

On a clear day, Fuji casts an almost three-dimensional reflection on Kawaguchiko’s looking-glass surface, and in spring and fall, cherry blossoms and fiery autumn leaves decorate the lake’s perimeter. The Fuji Panoramic Ropeway, the Studio Ghibli-esque Kawaguchiko Music Forest, and Fuji-Q Highland — home to Takabisha, the world’s steepest roller coaster — are all located in the area. 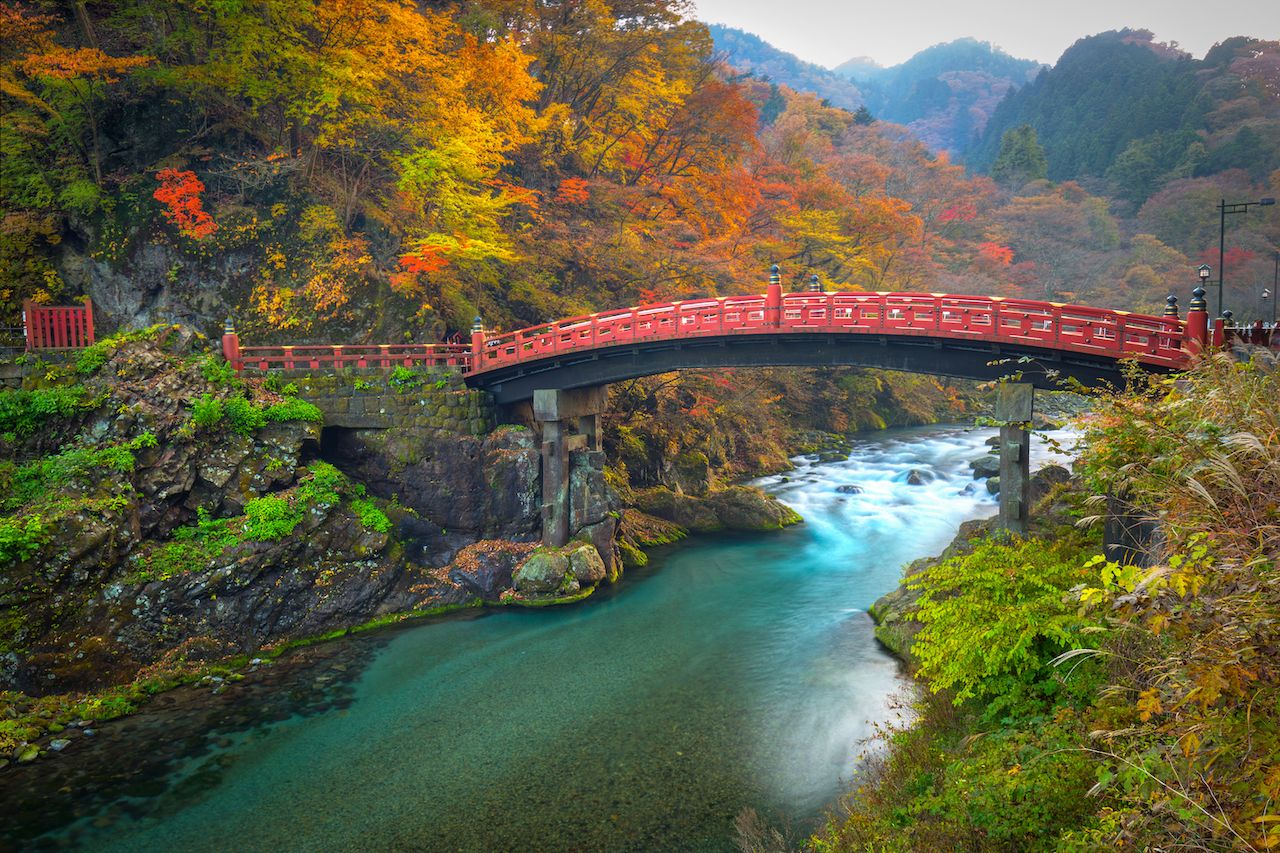 Nikko — As you head northward from Tokyo, you venture into “Old Japan,” where urbanization has slowed down considerably. And just over 90 miles north of the capital in Tochigi Prefecture is one of Old Japan’s most culturally significant towns: Nikko. It’s the resting place of Tokugawa Ieyasu, the venerable samurai who established the Tokugawa Shogunate in 1603, effectively bringing an end to the Sengoku (Warring States) Era, defined by almost 200 years of continuous bloodshed across the nation.

An abundance of ornate religious monuments can be found here, each built with lacquered wood and laced with gilded iconography — the most famous of which is the UNESCO-protected Toshogu Shrine, where Tokugawa Ieyasu was elevated to divine status. Come fall, the virgin forests of Nikko’s surrounding hillsides emulate the reds and golds of the temples, making for some particularly amazing photos (and noticeably larger crowds). 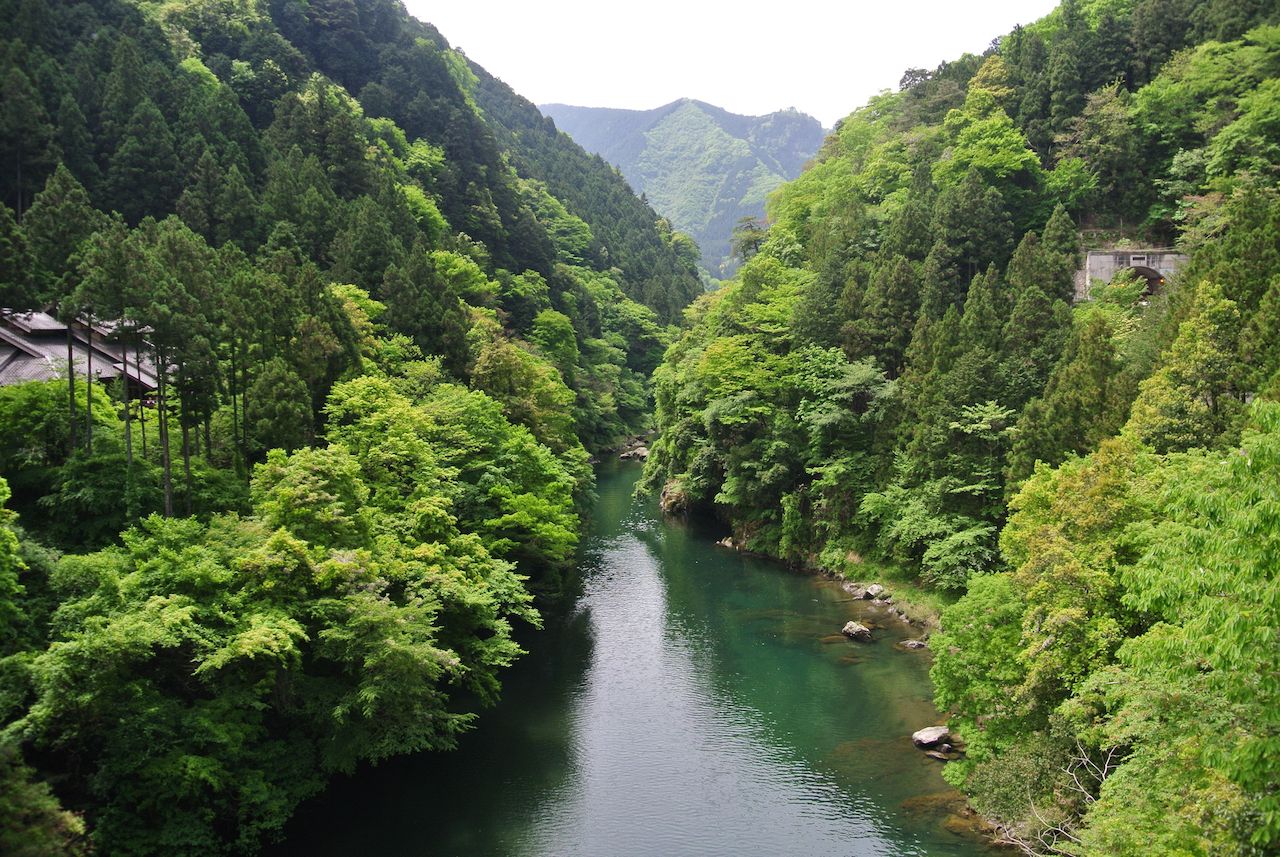 Okutama — Tokyo isn’t usually associated with camping, but if you hit Okutama — on the prefecture’s western limits — you’ll start making that connection. Along river banks walled in by a rocky, tree-lined gorge, you’ll stumble upon a collection of campsites that feels a world away from the lightning-paced capital. Hikawa Campground is just 10 minutes from Okutama Station ($8/night, bring your own tent), with cooking sites and utensils for rent also available.

Spring is the optimum time to go for Okutama’s best weather and fewest crowds — barring the “Golden Week” holiday, which runs from late April to early May. 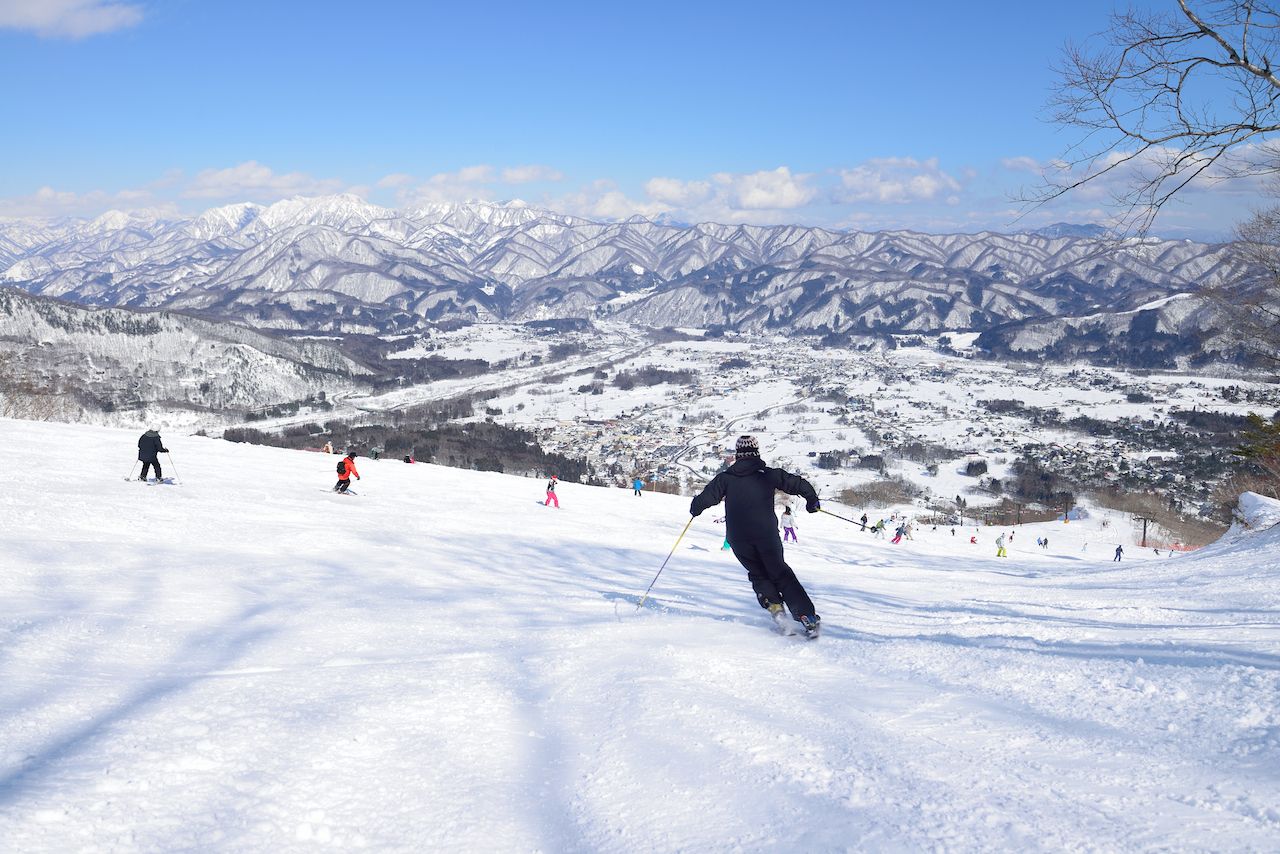 Nagano — Around two hours west of Tokyo is Nagano Prefecture, a land famous for basashi (raw horse sashimi) and shojin ryori (zen monk vegan cuisine), some of Japan’s best ski slopes and hiking terrain, and the forward-thinking Zenkoji Temple, where women were allowed to worship in the days when equality between the sexes was viewed as farcical. This temple in Nagano City should be your first stop.

Originally built in the seventh century, Zenkoji is an imposing piece of ancient architecture, with brooding dark brown walls, golden cornices, and a double-tiered roof that sweeps out like the wings of a giant bird. In keeping with the spiritual theme for lunch, check out Fujinobo near the temple precinct’s main entrance for plant-based zen monk cuisine.

Powder junkies should also hit the nearby slopes. Nine of Japan’s twelve highest peaks rise here in the Nagano Prefecture, bringing along with them a host of world-class ski resorts, including Hakuba 47, Shiga Kogen, and Nozawa Onsen.