After your first day in Tokyo, you can flesh out your impressions of what makes the Japanese capital such a unique place to visit. Explore the city’s inspired neo-modern architecture, take a thrifty visit to burgeoning hangout Shimokitazawa, and round it off with a high-class dinner and cocktails in Ginza for an illuminated view of the city. 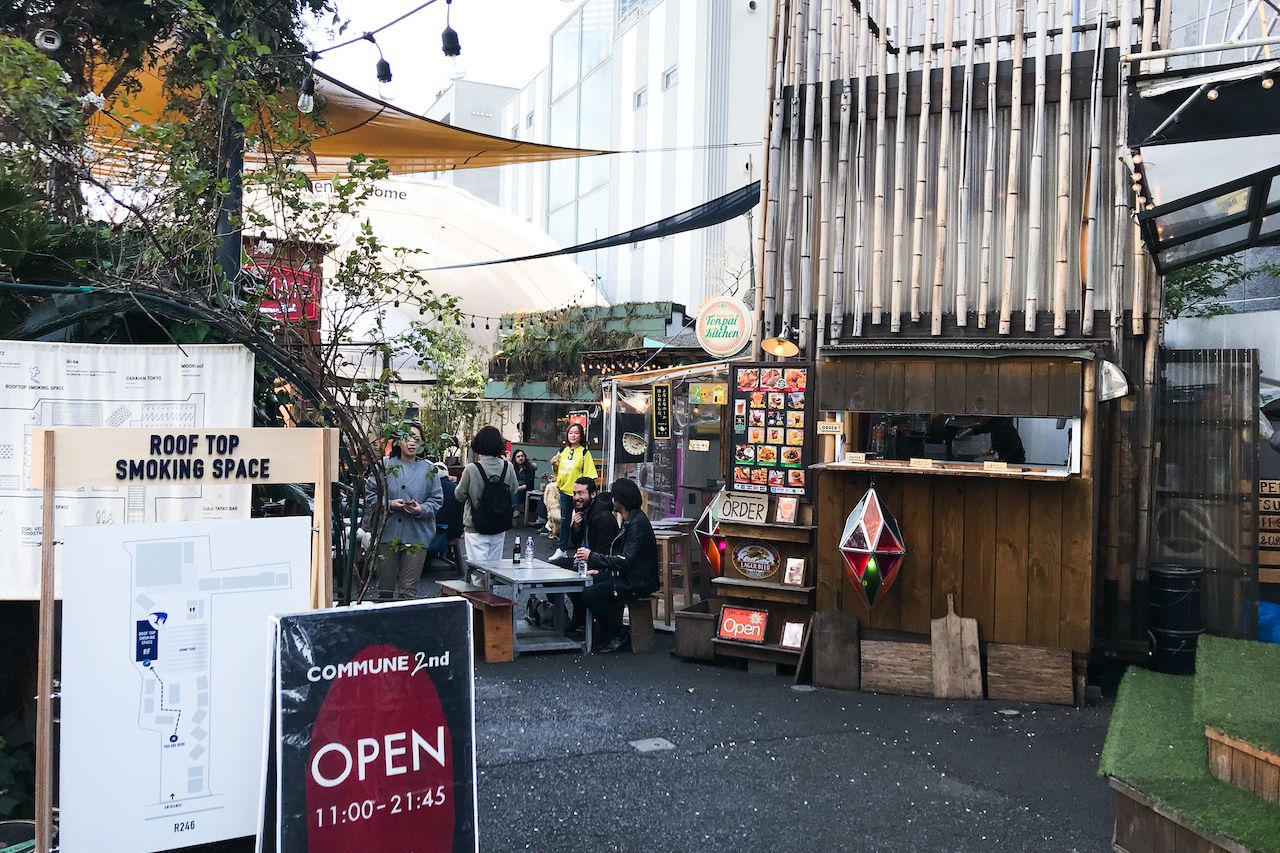 If you hit the bottle hard in Golden Gai on your first night (don’t worry, you wouldn’t be the first), day two may naturally kick off a little later. For this, cosmopolitan neighborhood Omotesando has some great hangover-walloping brunch options.

Commune 2nd, a congregation of high-quality food trucks with a large communal shaded seating area, is a great spot for burgers or veggie curries when the sun’s out. Buttermilk Channel is all about American-style brunch, with its sloppy piles of pancakes and buttermilk fried chicken and waffles. Alternatively, you can check out World Breakfast Allday, which has a multicultural menu with sizable portions of global breakfast staples.

After brunch, admire the ostentatious and instantly prepossessing architecture of Omotesando, from the perception-distorting entrance of Tokyu Plaza shopping mall to the towers of opulence dominating the highstreet. Rubbing shoulders with Omotesando is Harajuku, a neighborhood of trendy pop-fashion stores, cheap yukata (Japanese robe) vendors, and saccharine confectionaries. Take some time to stroll and peruse the shelves here. Note that Harajuku’s 1,300-foot-long central pedestrian street, Takeshita Dori, gets very busy on weekends. 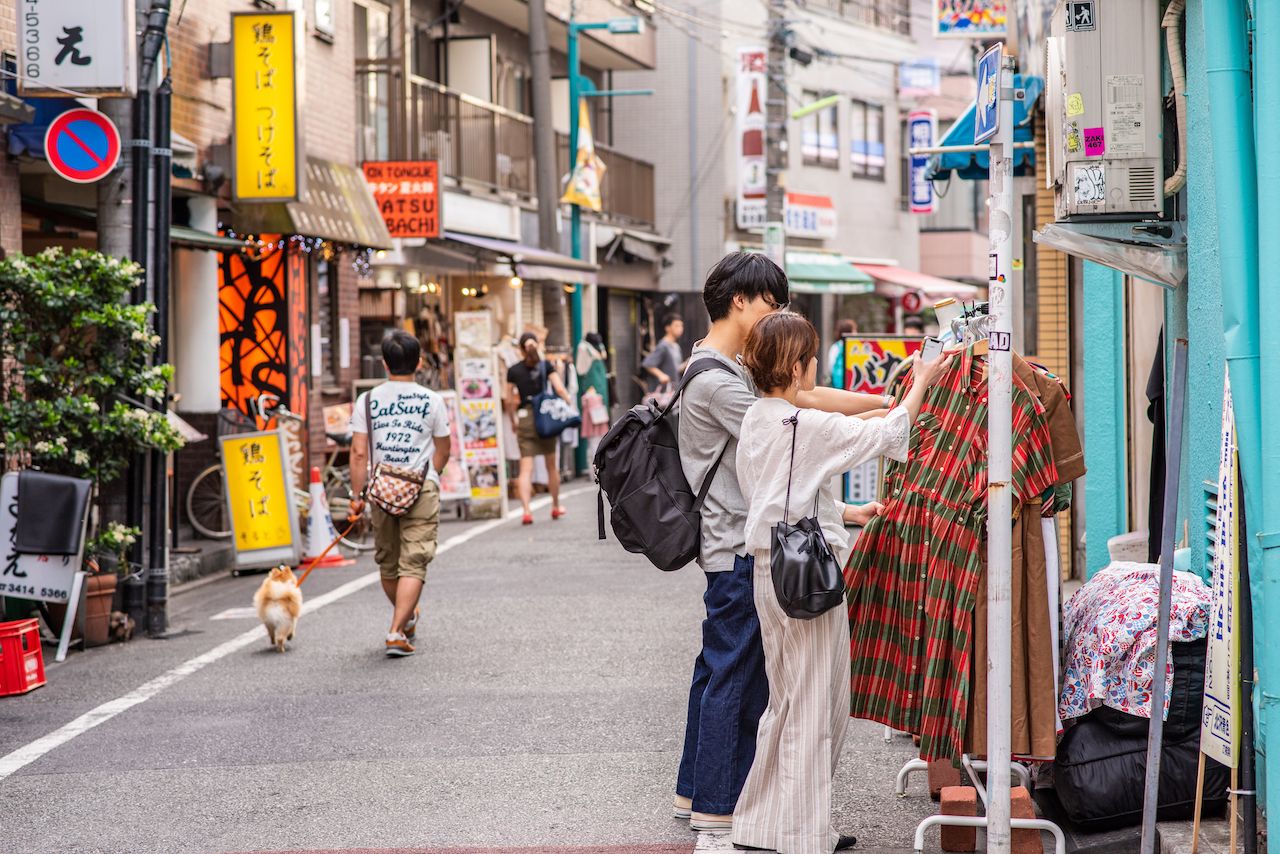 Next stop is Shimokitazawa. Direct trains go from Shibuya Station where you can take a moment to gawk at the famous Hachiko Crossing — the world’s busiest intersection — if you haven’t already. Alternatively, you can rent a bike and cycle: Cogi Cogi and Docomo Cycle Share offer rental services in the Shibuya area (though the latter is less tourist-friendly).

The cycle to Shimokitazawa should take no more than 30 minutes, and it’s a nice way to map out the areas between Tokyo’s major train stations. There are also some cool neighborhoods on the other side of Shimokita, far from the trodden tourist paths of downtown Tokyo, such as Meidaimae near the venerable Meiji University and the forested Hanegi Park near Higashi Matsubara Station.

For a proper pint, nip into Good Heavens, a British bar with comfy seats and a wonderful collection of free-to-read books and novels lining the walls (some of which you can purchase). And if thrifting is your thing, consider buffering a little extra time for Shimokitazawa for a real treasure trove of second-hand goods.

A fancy night in Ginza 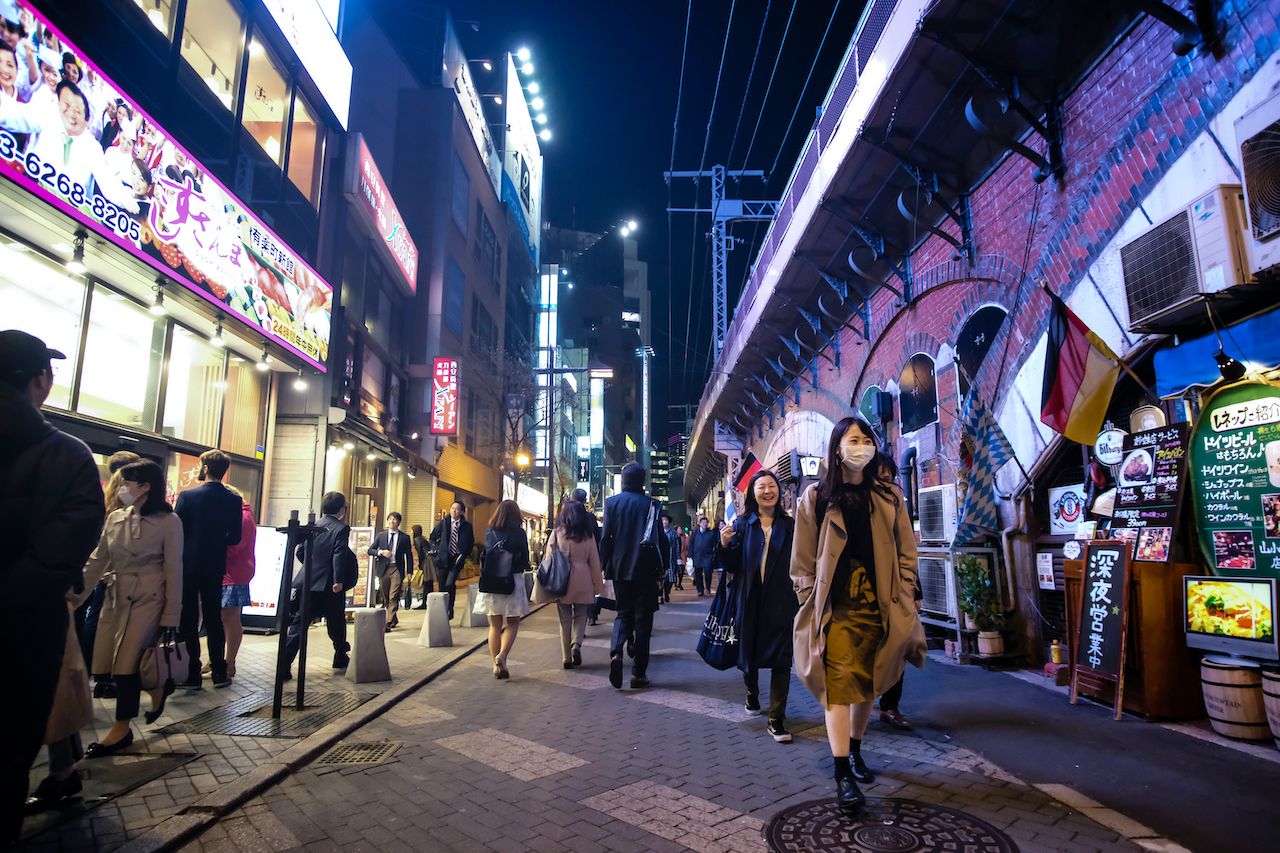 Over on the east side of Tokyo, Ginza was once an uninhabitable swamp, but as you alight upon its highstreets of global brand boutiques and the fusion of colonial and eccentric art-chitecture, your eyes will bely that truth. The neighborhood is one of Tokyo’s classiest postcodes, but not everything has to cost an arm and a leg.

Ginza’s sushi and teppanyaki restaurants have received much recognition from the world’s culinary cognoscenti. Kyubey is one of the most approachable high-end sushi restaurants (evening bookings may be necessary) whereas Sushi Zanmai is a great option that’s much more economical — plus, there’s an a la carte menu from which you can order individual pieces of sashimi or nigiri (raw fish on rice).

If you like a good cocktail, Ginza’s drinking spots are manifold, with impossibly cool little bars hiding in the most obscure places: underneath offices, dwelling in ramshackle buildings, and wreathed in clouds of smoke in blacked-out basements.

Though bar hopping can be expensive due to cover charges and cocktails that average around $20 a pop, Bar Orchard, Gaslight Eve, Ginza Music Bar, Bar Sherlock, and Bar High Five are all worth your patronage (and are welcoming to non-Japanese imbibers). Cheaper options like The Three Hundred Bars (all drinks are 300 Japanese yen, or about $3) and Bar Musashi are better for larger groups, budget travelers, and those who have an aversion to cocktails and general pretentiousness.