Japan has been a land of festivals for hundreds of years; a tradition that Tokyo upholds today. Choreography and panache are key components of the celebrations which attract huge crowds through parades, mascots, over-the-top spectacles, and more often than not, a smorgasbord of seasonal cuisine. Tokyo’s events calendar is a fusion of time-old traditions honoring members of the Buddhist pantheon, fetes that commemorate tales from local folklore, illuminations that highlight seasonal flora, and 21st century cross-cultural and LBGTQ+ celebrations. Festivals take place periodically throughout the year, but as the haru-ichiban — a warm wind that heralds the arrival of spring — glides through the city in March the party season gets into full swing. Here are some of the best events and festivals that will elevate any visit to Tokyo. Some dates have been impacted by COVID-19. Check the official tourism page for up to date information. 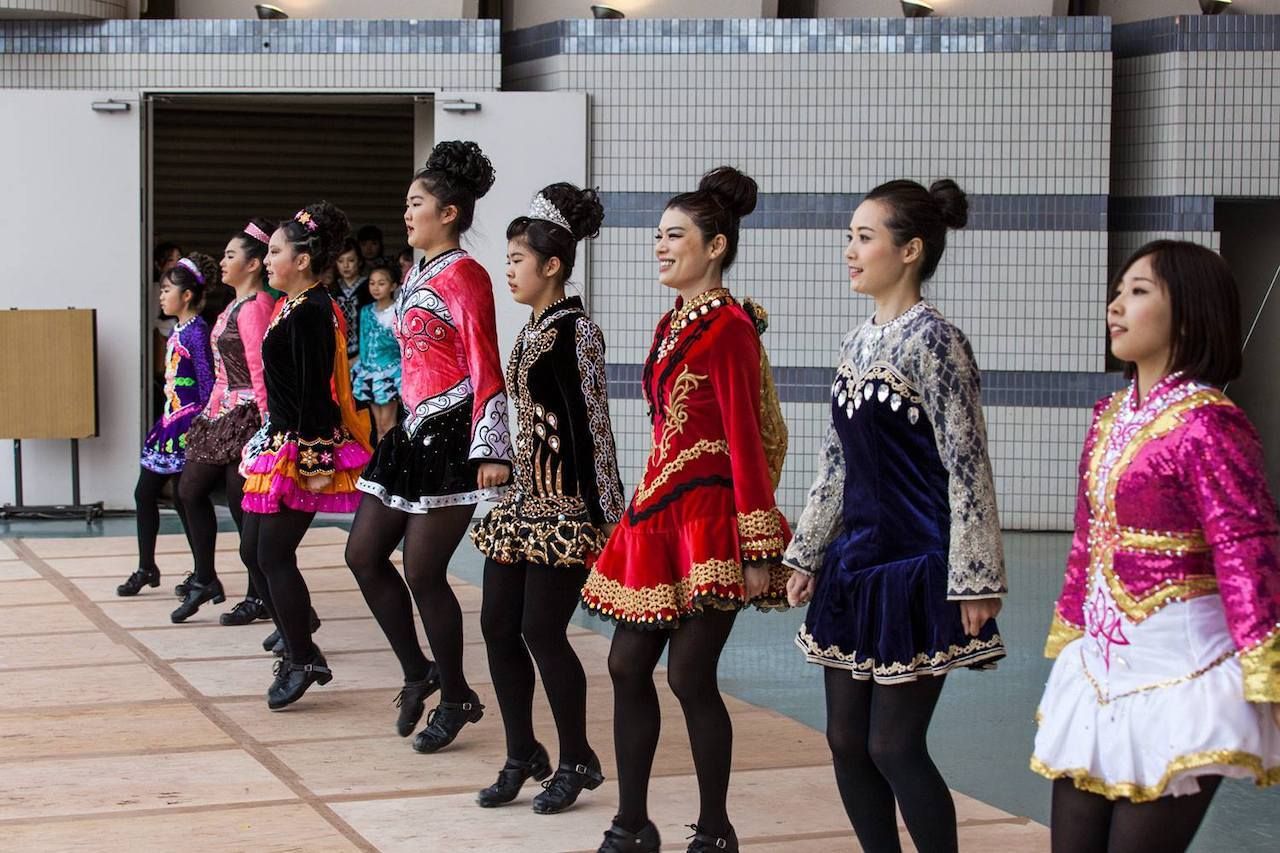 I Love Ireland Festival — One of the first spring festivals to light up downtown Tokyo is the I Love Ireland Festival, accompanied by the St Patrick’s Day parade, in the heart of Shibuya. Bringing in crowds of 100,000-plus annually, it is the largest Irish celebration of its kind in Asia. Paired with the all-singing-all-dancing atmosphere, are pints of Guinness stout a plenty, bubbling pots of Irish stew, traditional bands wielding fiddles and accordions and a colorful assortment of leprechaun outfits.

When: Closest weekend to March 17 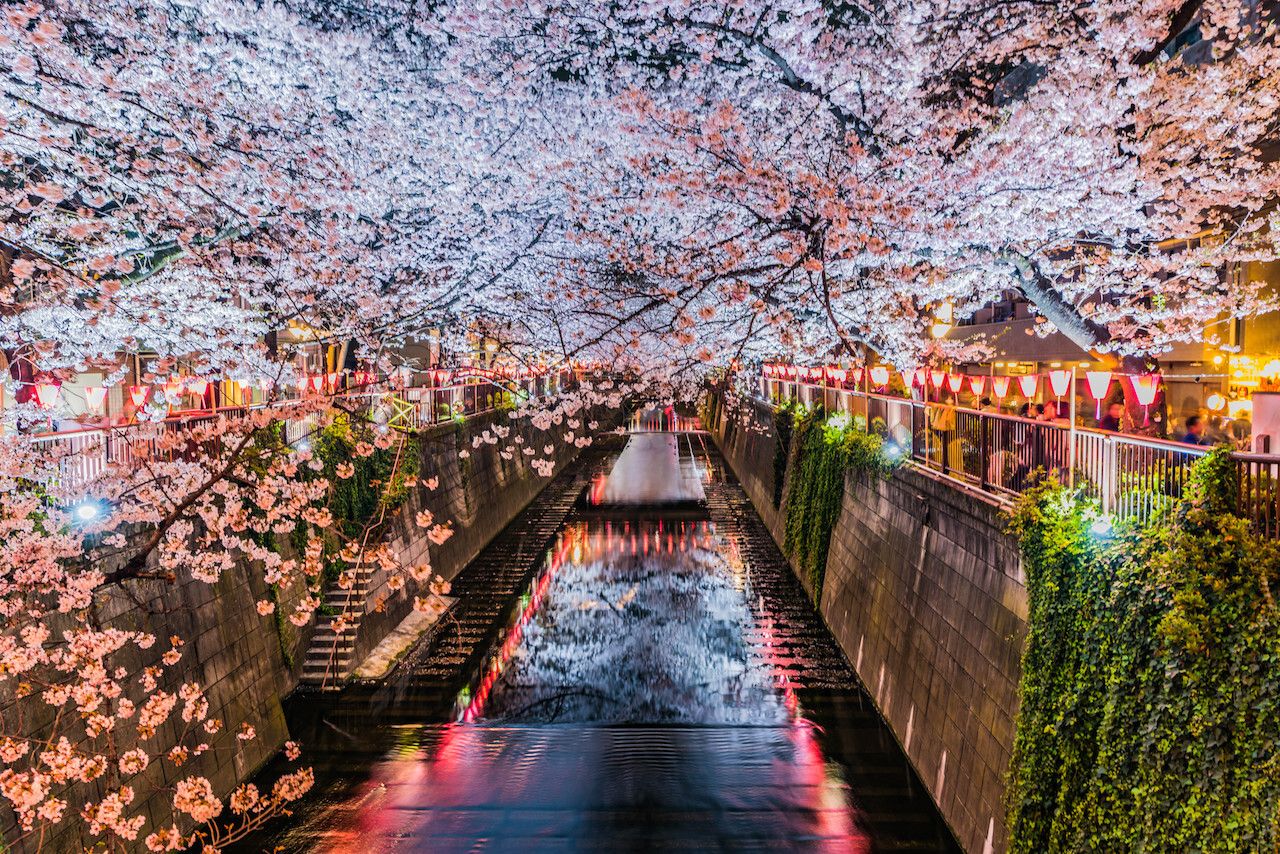 Nakameguro Cherry Blossom Festival — As a spring phenomenon, the sakura, or cherry blossoms, of Japan need little introduction. But somewhat less-known to travelers are the festivals held in their honor. Along the banks of Meguro River is one of Tokyo’s longest, unhindered processions of sakura trees, with 800 standing side-by-side over a two mile stretch. During their short period of full bloom, the Nakameguro Cherry Blossom Festival celebrates the coming of spring. The baby pink petals are illuminated by night, while stalls selling sakura-infused treats and champagne fill the promenades.

When: Late March through early April 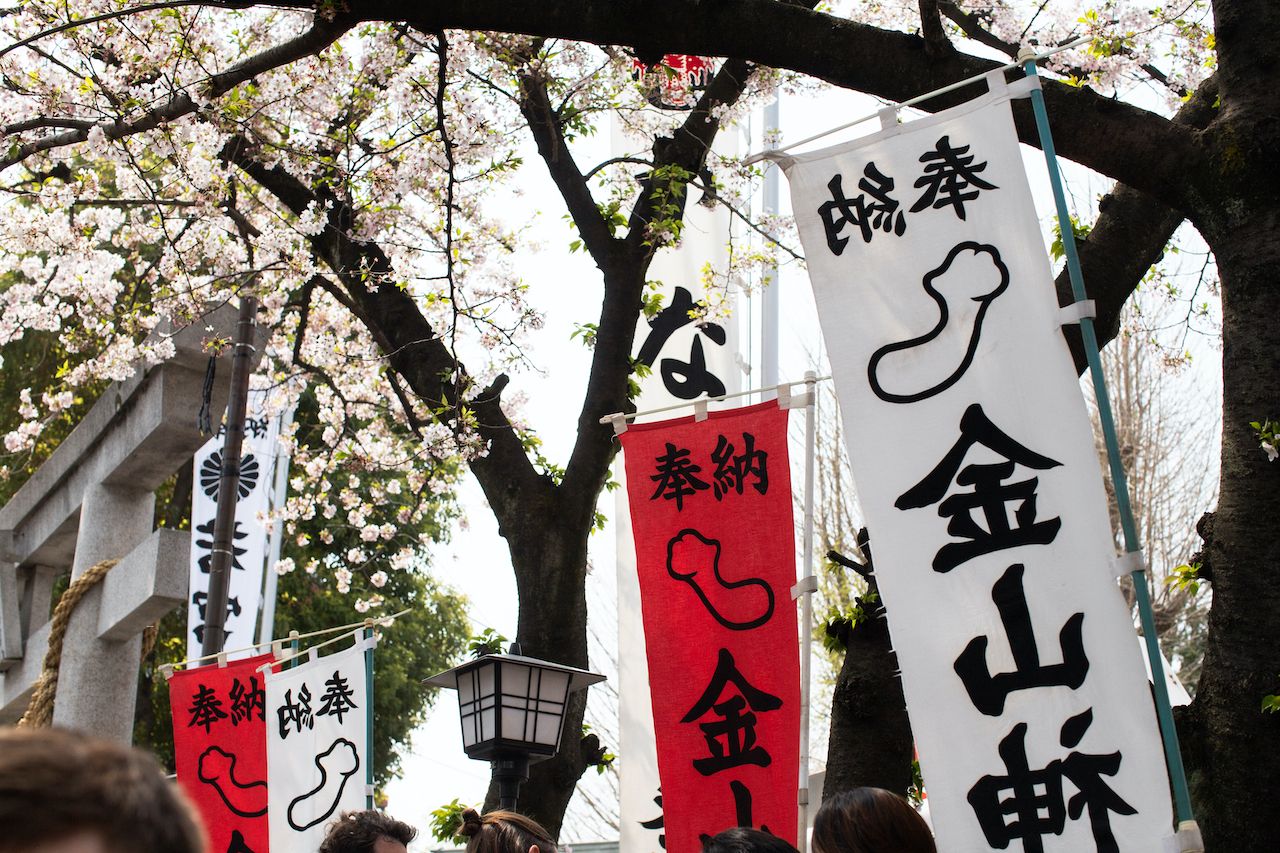 Kanamara Matsuri — Literally translated as “Festival of the Steel Phallus,” this festival takes place at a shrine in Kawasaki where penises are venerated in the same way other shrines may commemorate gods. True to the lascivious nature of the lore, the phallus is immortalized during the celebrations through sweets, vegetables, artistic renderings and an unmistakably penis-shaped mikoshi (religious palanquin) parade.

When: First Sunday in April

Hibiya Oktoberfest — Tokyo’s Hibiya Park Oktoberfest is held, rather inexplicably, in May. For steins of European lagers and local ales, meaty plates of bratwursts and frankfurters, the sounds of lederhosen-wearing folk bands and a raucous pint-spilling atmosphere, this ten-day festival is the place to be. 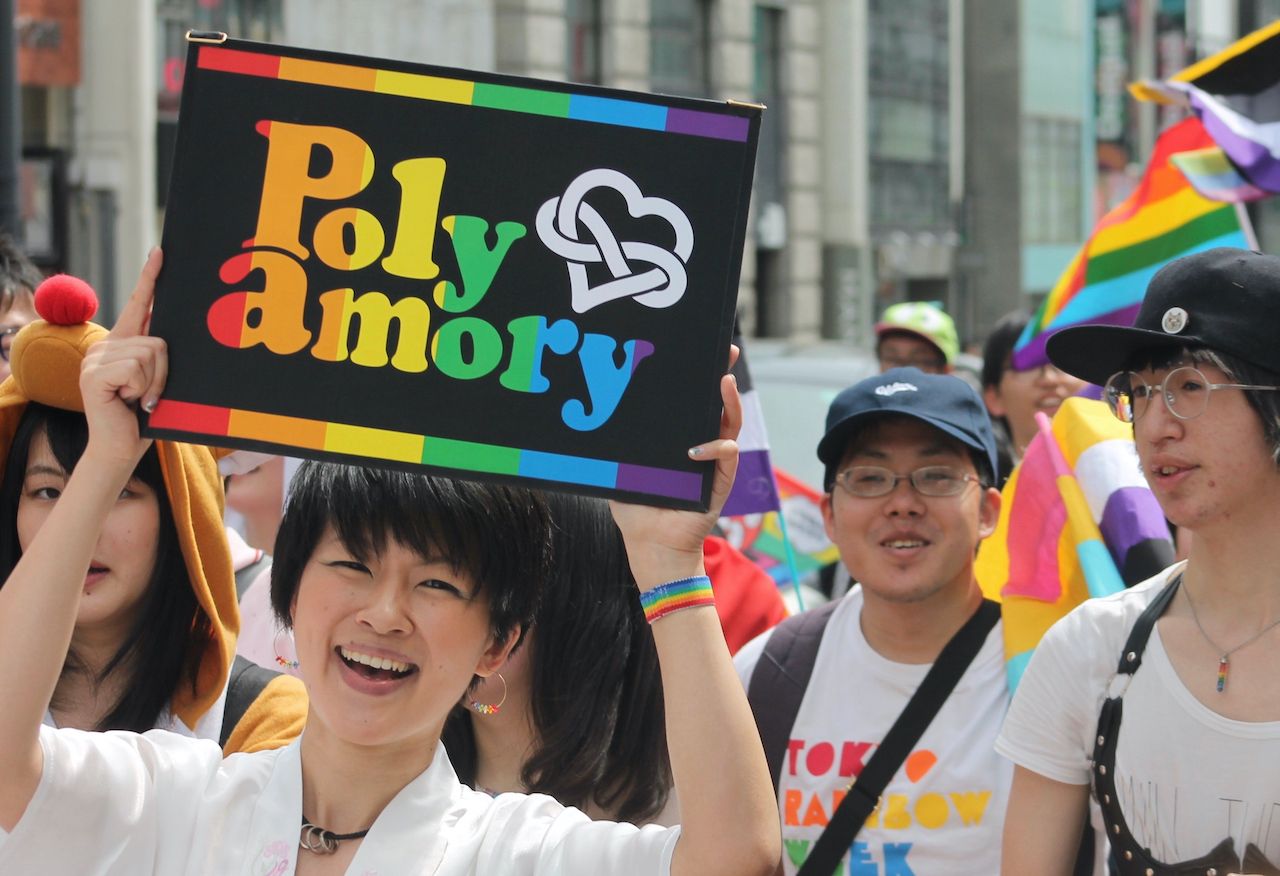 Tokyo Rainbow Pride — The Kanamara Matsuri often serves as a pseudo-diversity celebration for Tokyo’s LBGTQ+ community, but Tokyo Rainbow Pride operates as the main event. True to the spirit of Pride parades around the world, it’s a celebration that has made huge strides in exposing a traditionally restrained country to the wide spectrum of sexual orientation. From humble activist beginnings in the 90s, over 150,000 people now attend the festival before continuing the post-parade party in Tokyo’s LGBTQ+ nightlife hub: Ni-chome in Shinjuku.

Tanabata — Stemming from the old Chinese Qixi festival, Tanabata (the ‘star festival’) takes place on the seventh day of the seventh month every year. It celebrates the ephemeral meeting of deities and long-lost lovers Orihime and Hikoboshi (represented by the stars Vega and Altair respectively), whose paths align on that day only. Locals clad themselves in kimono and yukata and write wishes on small pieces of tanzaku paper (colored paper used at festivals) before hanging them on bamboo trees at a shrine complex. Food stalls, carnival games and on occasion, fireworks displays also follow the proceedings. Tokyo’s Zozoji temple and Asakusa’s Shitamachi area host Tanabata celebrations. 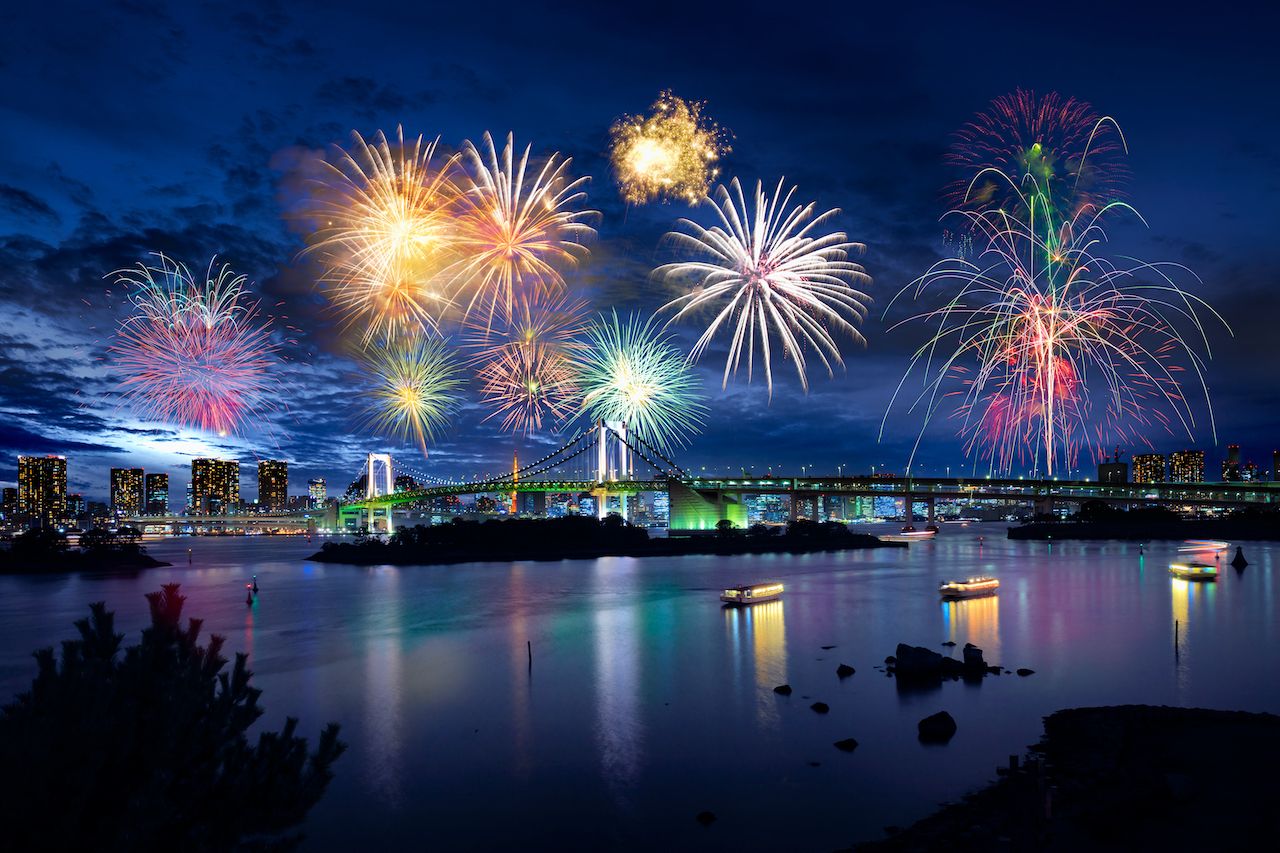 Sumidagawa Fireworks Festival — Japanese hanabi (fireworks) festivals are quite unlike most pyrotechnic displays you’ll have come across; they’re outrageously extravagant, scrupulously choreographed and appear to have the explosive budget of Michal Bay film at their backs. Tokyo’s biggest summer fireworks show, Sumidagawa Fireworks Festival, lights up the skies over the Sumida River in late July with over 20,000 individual explosives. But beware, the streets in view of the display become wildly congested. For pretty good views and far fewer crowds hit up Shiroi Park near Tokyo Skytree. Yakatabune (pleasure boat) cruises are also available but are hot commodities and will start at around $150 per head.

When: Last Saturday in July

Golden Gai Noryousai — Golden Gai, a labyrinth of bar-strewn alleyways hiding amid the corporate canyons of Shinjuku, has gained an almost legendary appeal with travelers. But with it comes the caveats of expensive cover charges, bars that want nothing to do with foreign clientele and a general sense of holes being burnt in your pockets as you hop between establishments. But during the Golden Gai Noryousai — roughly translated as the Golden Gai Chill Out Festival — most drinks cost $5, cover charges are dropped and special events such as contemporary Japanese theater and musical performances take place in the small square.

When: One night in late August 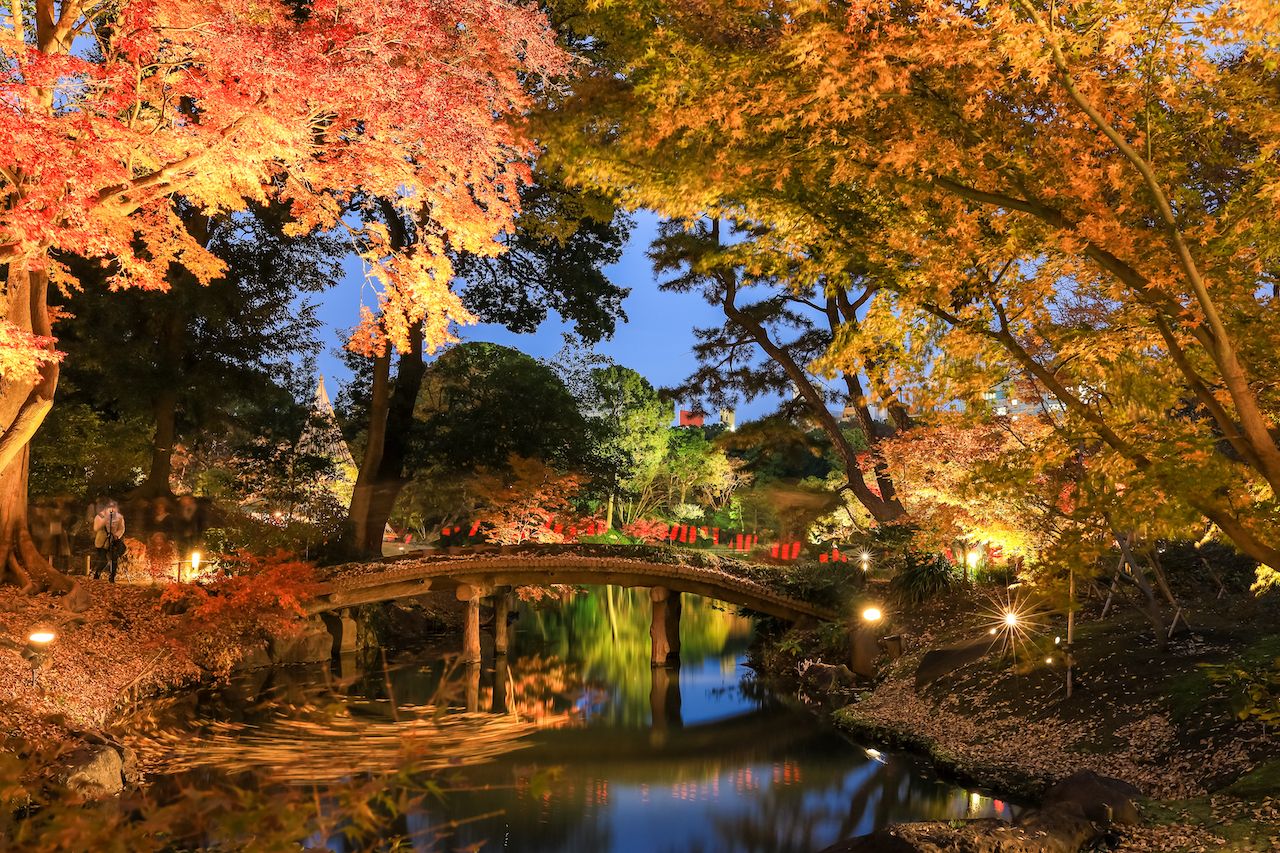 Rikugien Fall Illuminations — As fall foliage season arrives altering the color palette of Tokyo’s parklands, illumination events and light shows join the festivities soon after. Starting in mid-November, Rikugien Gardens holds after-dark light-ups, where the rusty hues of grand maples, zelkovas and dogwoods are illuminated against the night sky. Seasonal foods and naturally dyed textiles with the colors of Japanese flora are also available for sale throughout the park.

When: Mid-November through mid-December

Alongside Buddhism, Shinto is Japan’s other foremost religion. Though the Shintoist school of thought heavily overlaps with Buddhist principles, it also closely resembles polytheistic animist religions found in indigenous cultures. The Three Great Shinto festivals of Tokyo is somewhat of a misnomer however; though they all take place at Shinto shrines, it is the Tokugawa Shogunate (a militaristic government that ruled Japan for over 260 years, between 1600 and 1868) that was primarily celebrated. Each shrine in question held significance to Japan’s former elite and their memory, as well as the Shinto traditions, that live on in the festivals today. 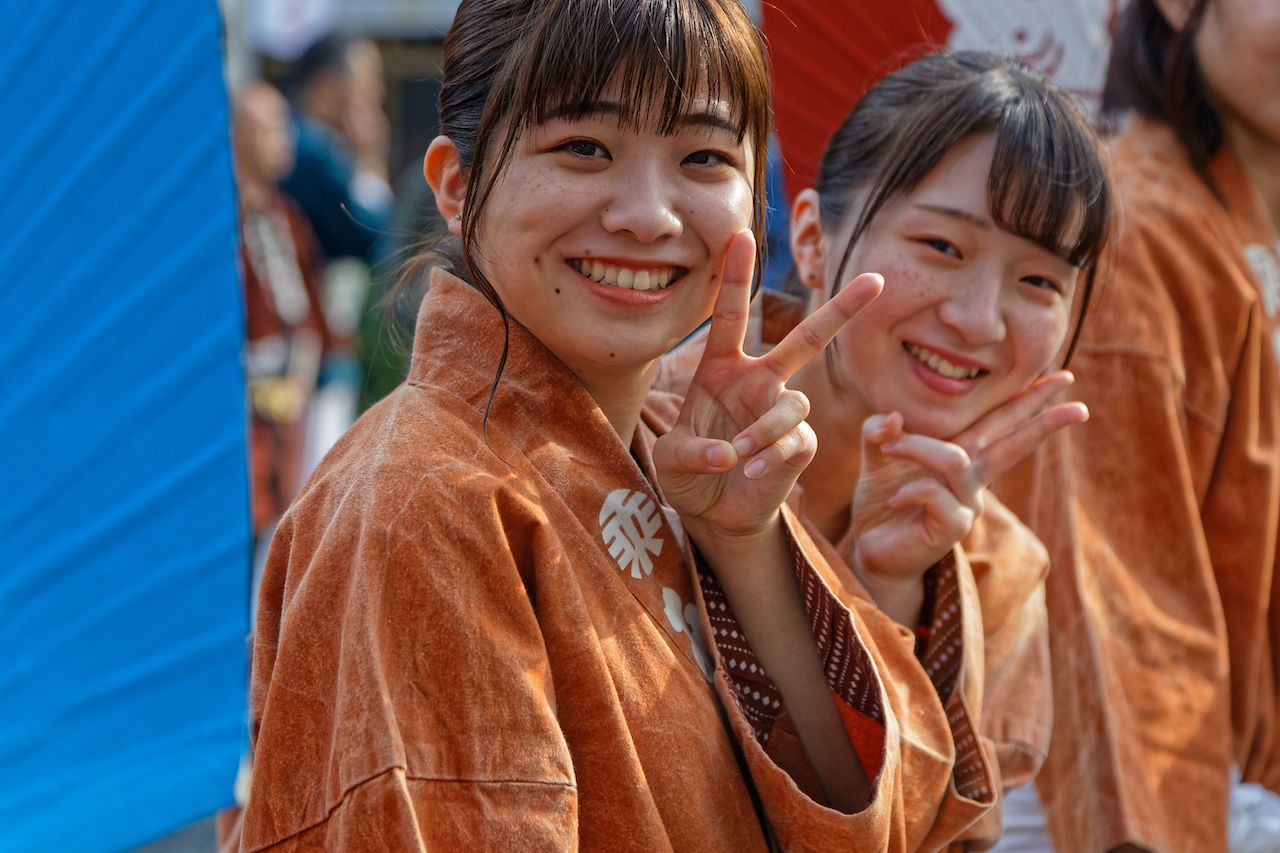 Kanda Matsuri — Held on alternating (odd-numbered) years, Kanda Matsuri commemorates the victory of Tokugawa Ieyasu in the battle of Sekigahara which paved the way for the Tokugawa Shogunate’s reign. Most notable is the samurai parade which kicks off at the 1,200-year-old Kanda Myojin Shrine, before marching along the streets of Kanda, Nihonbashi, Otemachi and Akihabara.

When: Closest weekend to May 15 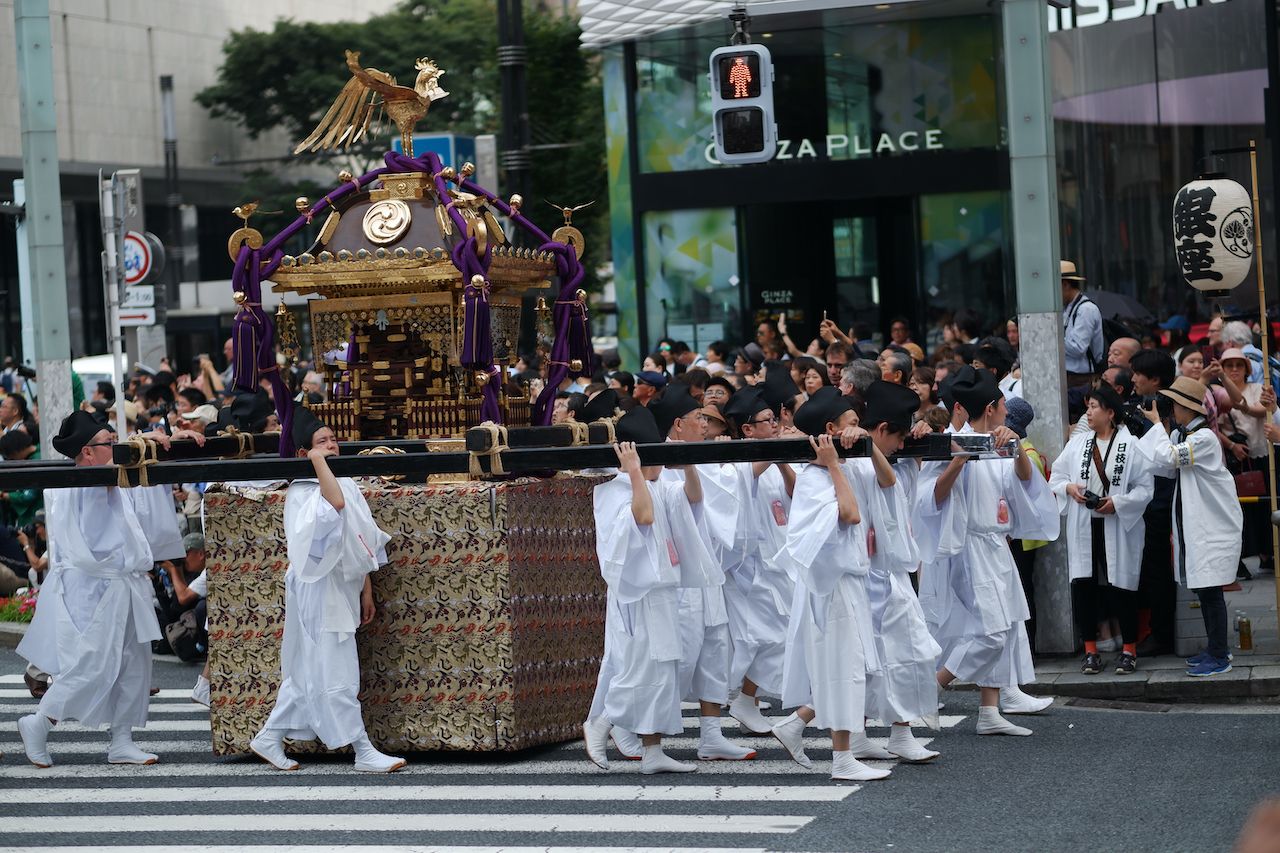 Sanno Matsuri — Held on even-numbered years, the Sanno Matsuri was a traditional celebration of the Tokugawa Shogunate during the Edo Period (1603 – 1868). Though it has become smaller in the modern era, a nine hour Sanno Matsuri parade still takes place starting and ending at Hie Shrine in Chiyoda Ward, winding through the streets of central Tokyo in between. 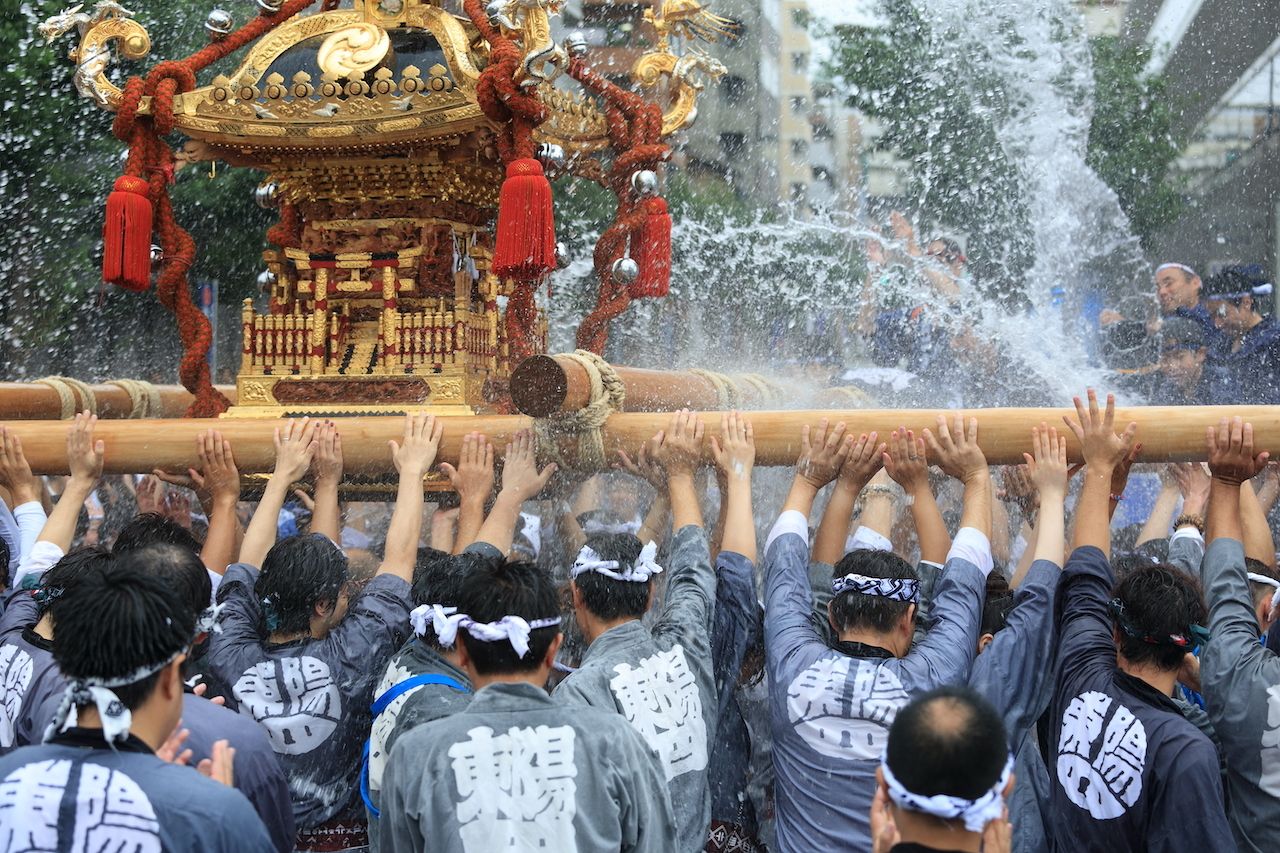 Fukagawa Matsuri — Held annually during the blazing heat of August in Koto Ward, the Fukagawa Matsuri involves water throwing events (part of a cooling down Shintoist purification ritual), a parade, music performances and Noh theater. The splendid Tomioka Hachiman shrine has been the annual venue since its inaugural edition in 1641 which celebrated both the god, Hachiman, and the birth of Tokugawa Ietsuna who would go on to be the fourth Shogun of Japan (a military dictator and head of the Shogunate). Every third year the festival is super-charged (2020, 2023, and so on) with the two intermittent years being a little downgraded.