Japan is one of the greatest nations for admiring flowers. Picture its gardens, and you’ll likely think of botanical favorites like sakura (cherry blossoms), the imperial chrysanthemum, weeping wisteria, azalea, hydrangea, ginkgo, and the Japanese maple — all of which can be found across the capital. While Tokyo isn’t traditionally thought of as a city brimming with nature, stunning greenspaces with centuries-old roots in spirituality, philosophy, literature, and art brighten up its urban palette of concrete and steel.

Tokyo’s best nature spots are a mix of inner-city parklands, botanical daimyo (feudal lord) gardens, suburban greenspaces, and — if you’re willing to hit the western outskirts — a handful of low-lying mountain ranges. Here are the green spaces and parks in Tokyo to visit. 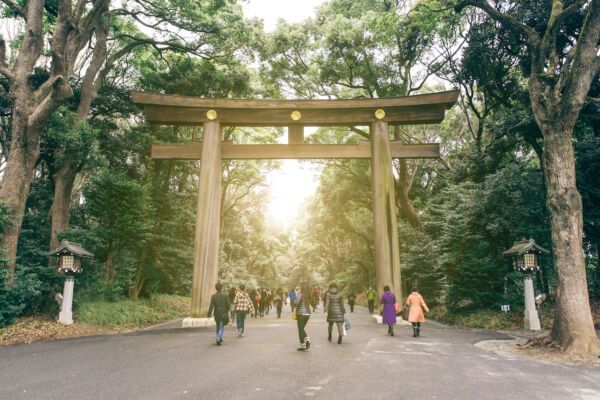 Yoyogi Park — Yoyogi Park is a large municipal park that straddles the core of Shibuya and runs along the edge of the city’s hipster district, Harajuku. One of Tokyo’s grandest Shinto shrines, Meiji Jingu, decorates the northern side of the park, laying in wait at the end of a misty, oak-shadowed path. It’s a sight you’d never expect to find in central Tokyo.

Yoyogi is equally acclaimed for its multicultural festivals, including Asia’s largest St. Patrick’s Day celebration and a string of Southeast Asian fetes in late spring. But the March/April hanami (cherry-blossom viewing) season is Yoyogi’s busiest, when daytime revelers lay down tarps — and their inhibitions — under the cherry groves. 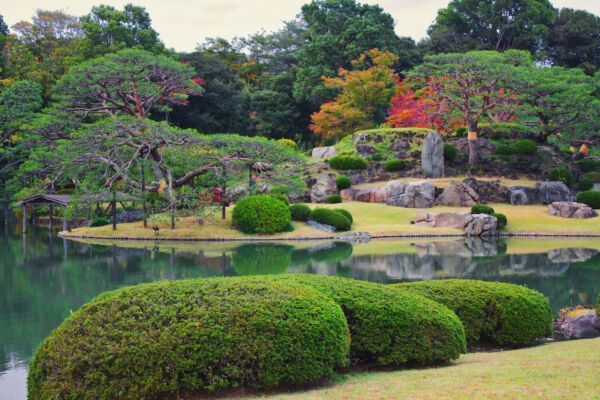 Rikugien Garden — Daimyo gardens, erected at the behest of Japan’s demanding and capricious feudal ruling classes, are some of the finest remnants of the politically fraught period of history. Though the lords in question left much to be desired decorum-wise, they had a keen eye for botanical beauty, along with hordes of loyal gardeners to create and maintain their visions.

Rikugien, in Tokyo’s Bunkyo Ward, was built under the auspices of Lord Yanagisawa Yoshiyasu at the turn of the 18th century. Designed to capture the elements of Chinese waka poetry, 88 scenes from classic poems are depicted along its pathways line with zelkova trees and around its mirror-like ponds. The garden is at its peak during spring cherry blossom and fall foliage seasons both during the day and at night, since the trees are lit to broadcast their magnificent colors. 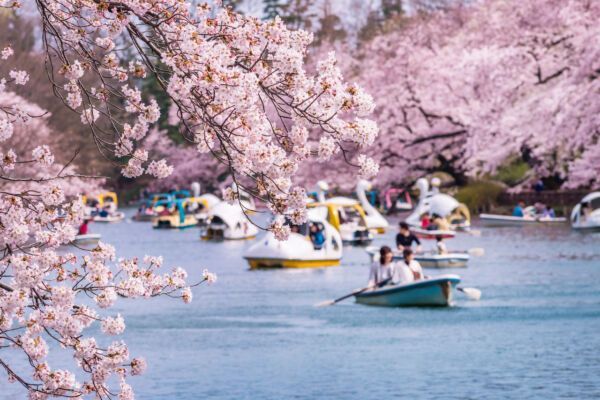 Inokashira Park — West Tokyo’s Inokashira Park has become a hub for expats, creatives, university students, warm-weather picnickers, and musicians and artists looking for a jam session in the great outdoors. Lying on the south side of the up-and-coming Kichijoji neighborhood, Inokashira is a buzzy, lively spot — largely free of tourists.

A collection of coffeehouses and restaurants overlooks the central pond, but from here your attention will likely fall to the mysterious Benzaiten Shrine, built in homage to a vengeful Buddhist goddess. The equally eye-drawing, surrealist Studio Ghibli Museum — popping with pastel colors and vine-smothered walls — sits on the park’s western edge. 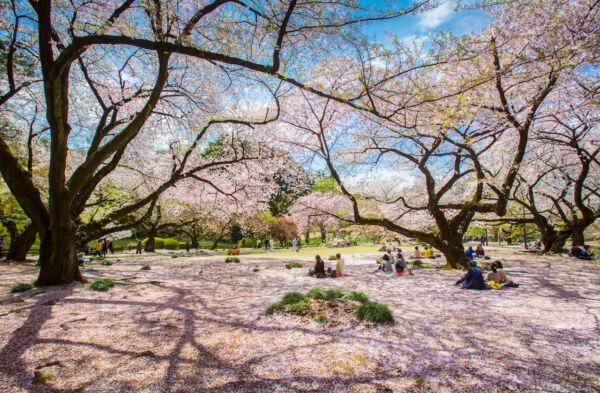 Ueno Park — Covering almost a quarter-mile of Tokyo’s northern Taito Ward, Ueno Park is the capital’s unofficial king of sakura. Over 1,200 cherry trees — including around 50 individual species — set the park ablaze in a constellation of creamy pink petals every spring. But while beautiful, the cherry blossom hanami season here is not a place for the crowd-weary adventurer. Don’t expect to be walking alone through tunnels of weeping cherries while an ancient Japanese sage fills the air with cadent notes from his flute-like shakuhachi; selfie sticks and crying children are likelier company.

But it’s not only the blossoms that attract millions of visitors to Ueno every year. Like other parks in Tokyo, Ueno Park hosts frequent food, booze, and cultural festivals, while the resident museums — focusing on traditional and contemporary art, Japanese history, and scientific innovation — are some of Japan’s most celebrated educational institutions. 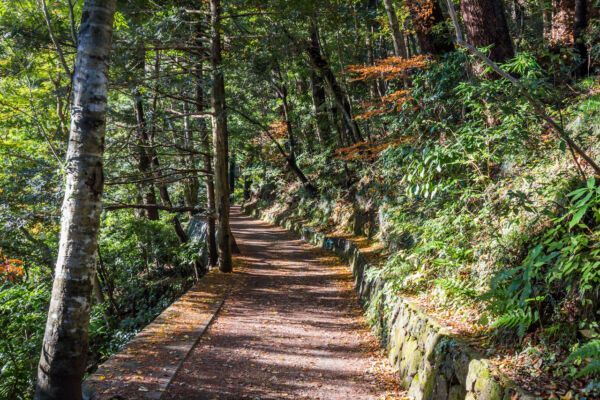 Mount Takao — Japan is most certainly a hiker’s nation. Tokyo, however, is one of the least topographically varied areas in the country. Yet if you care to venture west toward central Japan’s hinterlands, there’s a collection of mountains accessible to climbers of all abilities. The first is Mount Takao, 50 minutes from Shinjuku Station by express train, peaking at around 2,000 feet above sea level. Several trails of varying difficulties wind up its modest flanks.

Peak season to tackle the bracing walk to the top is fall, when autumn colors morph the mountain into an anime-esque creation. However, given its proximity to Tokyo — and the dearth of alternative hiking ventures nearby — you’ll want to arrive early to avoid the crowds. Like 6:00 AM early. If you fancy a liquid lunch to celebrate your sky-high achievement, Beer Mount, a craft beer festival, is held from June 15 to October 15 every year. 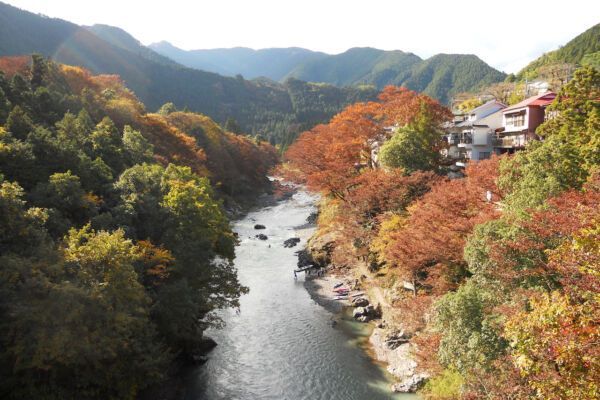 Mount Mitake — Mount Mitake, a 3,048-foot-tall peak in the hills of Chichibu Tama Kai National Park, is in sight of Tokyo’s westernmost limits. Tucked within the jostling peaks and coniferous forests, the ancient shrine atop Mitake has been a place of spiritual worship for almost 2,000 years.

From the cable-car station on Mitake, you’ll snake through mossy valleys and scented forests, past tumbling streams and into the “Rock Garden,” a verdant alcove disturbed only by the gentle gush of Ayahiro Falls, flowing from the 4,155-foot Mount Odake. Mitake is considerably less busy than Takao but still sees pretty large numbers during peak season. Best to get up early if you want to avoid the crowds. It’s about a 90-minute trip from central Tokyo.