By the time Tokyo became capital of Japan in 1868 (known until then as ‘Edo’), it had grown into a millionaire city unspooling outward from the central castle. Since then it has been continuously expanding; gobbling up and subsuming smaller towns. From Tokyo Bay in the east, to Okutama on the western fringe and from the border with Chiba prefecture in the north to the one with Kanagawa in the south, Tokyo is now composed of no less than 23 wards (sometimes referred to as ‘cities’). Each ward is further subdivided into districts or neighborhoods. Exploring Tokyo through these neighborhoods, rather than expressly visiting individual sights, is the first-time visitor’s best course of action.

Downtown areas like Shibuya, Shinjuku, and Harajuku are very popular with most visitors, and are worthy occupants on your to-see list. But veering away from the blazed trails of those well-known areas will also help to give you a more illuminated view of the city. 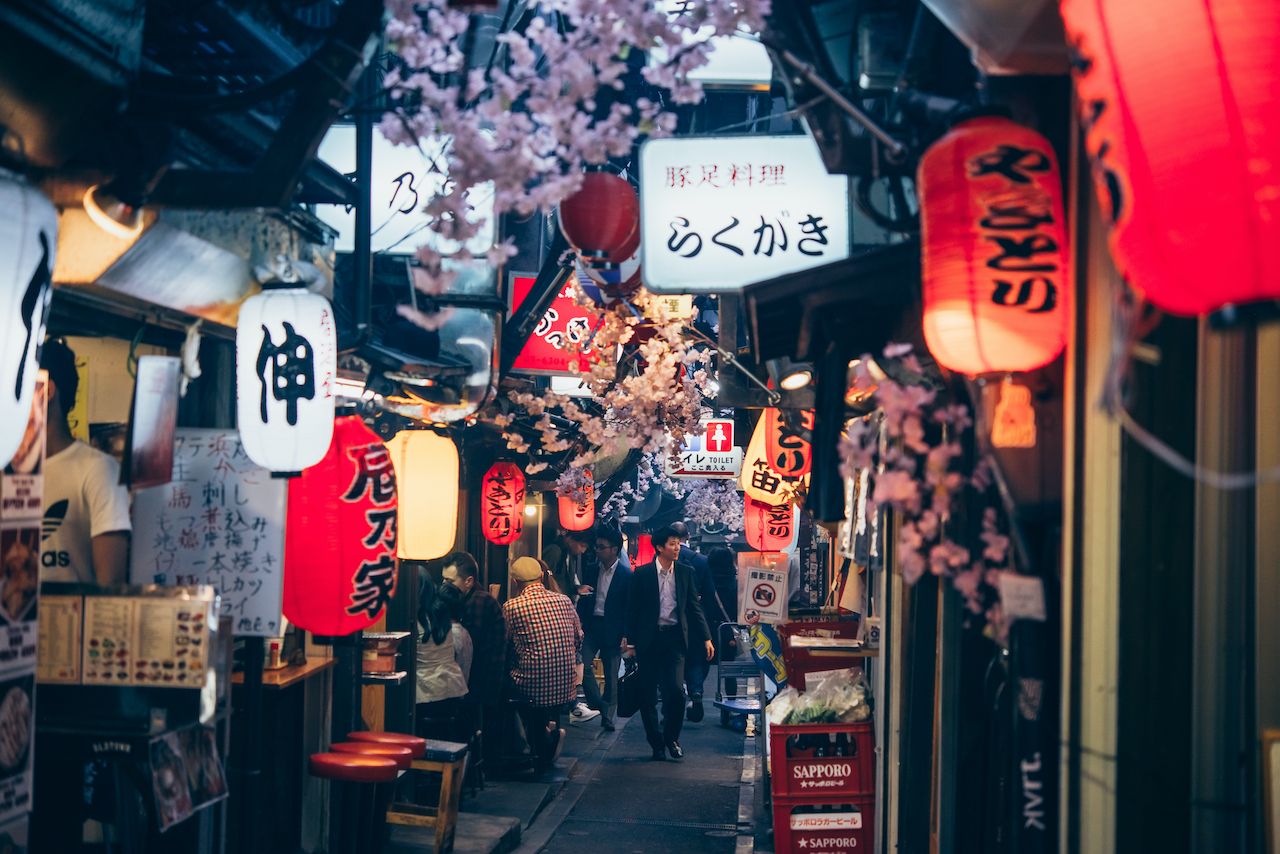 Shinjuku — Shinjuku is a hub of entertainment, nightlife, commerce and retail, and is home to the world’s busiest train station fetching 3.5 million passengers daily. As dusk falls, thirsty tourists and post-work salarymen flood the restaurants, bars, and karaoke halls of its fluorescent high streets and bustling pedestrian-only avenues. Around Kabukicho, a red-light district once infamous for its ties to the Yakuza, arcades, pachinko parlors, and sex shops vie for your attention with a cacophony of bells, buzzers, and catchy jingles. LED screens, Godzilla’s head, and skyscrapers dominate the high-rise aesthetic, while Golden Gai — a rickety, urban labyrinth of 250 bars squeezed into an area the size of a football field — exists in contrasting homage to a bygone era. 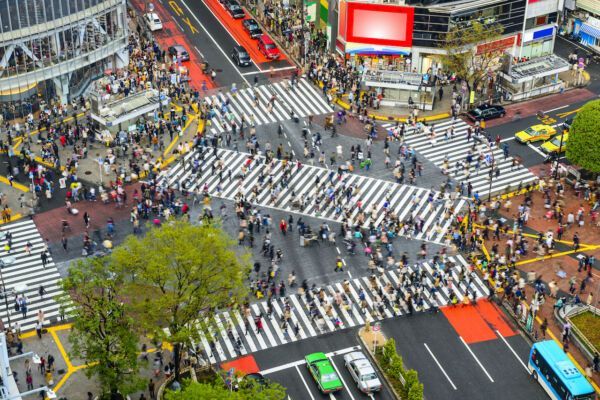 Shibuya — Shibuya, just three stops from Shinjuku on the JR Yamanote Line which loops around central Tokyo, is a hub for the city’s youth. Underground house and techno venues (Circus Tokyo), multi-tiered superclubs (WOMB), vintage cocktail bars (The Legless Arms) and expat enclaves (Tasuichi), coalesce to form a thriving party scene. Pop culture fans should check out a couple of charming blasts from the past: Japan’s only Nintendo store in Shibuya’s PARCO shopping complex, and multi-tiered music store Tower Records.

However, Shibuya is arguably most famous for Hachiko crossing — said to be the world’s busiest intersection — which functions like a giant piece of dynamic art. Vantage points from Starbucks in the Tsutaya bookstore are hot commodities for witnessing the chaotic ballet of pedestrians weaving in and out of one other’s paths. Failing that, you can just gawk from street level. 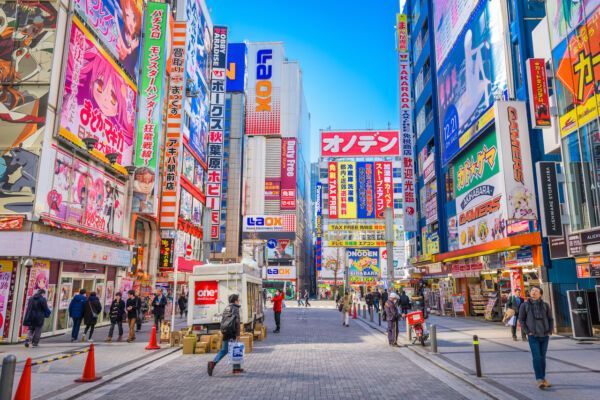 Akihabara — Akihabara is Japan’s undisputed center of pop culture. If you’ve ever lifted a Sega controller, headbutted blocks as a princess-saving plumber, watched an episode of Dragon Ball Z or Naruto, or have even the most cursory interest in Japanese manga and animation styles, you’re sure to feel a pang of nostalgia in Akihabara. Arcade chains tower above the main avenue, Chuo-dori. Tons of retro video game stores hide unobtrusively amid the network of back alleys — Super Potato Retro Kan is one of the best. And if you fancy a cold draft beer whilst turning back the clock, check out Game Bar A-Button, a ‘barcade’ kitted out with old-school gaming consoles. 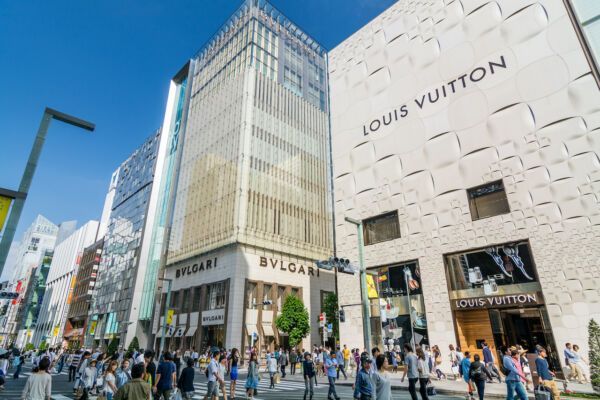 Ginza — Ginza is Tokyo’s ultimate rags-to-riches story: Once a marsh encroaching upon Tokyo’s former eastern coastline, it was established as the new silver mint in 1603 by the recently-founded Tokugawa Shogunate (Japan’s former militaristic government). Now it is a district of supreme opulence, with European architecture more evocative of Rome or Milan than downtown Tokyo, and highstreets bearing brand names like Gucci, Rolex and Prada.

Where Ginza really shines however, is in the cocktail and sushi departments. Sushi in Ginza leans toward high-end, though lunchtime prices are drastically cheaper. Kyubey and SushiEn are excellent options (reservations are a must). If you’re operating on a budget, the old Tsukiji outer market is a 20-minute walk from Ginza and has a Pacific Ocean’s worth of catch, which you can tuck into for lunch. For cocktails you have a choice of around 350 bars in the neighborhood. Bar Orchard, specializing in potent fruit cocktails, and the highly praised Gaslight Eve are pretty good places to get the ball rolling. 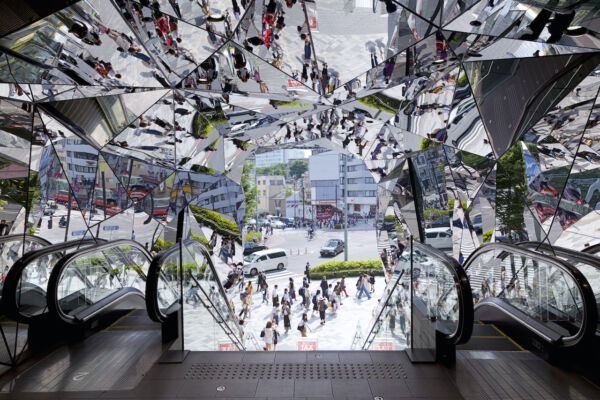 Omotesando — Omotesando, full of eccentric glass facades and ostentatious structures, is a district-wide architectural rebellion. The fractal mirrored entrance of Tokyu Plaza and the gravity-defying “Iceberg” building are some of the most appealing man-made structures in the country. The juxtaposing backstreets merging with the neighborhood of Harajuku are lined with small hipster clothing stores and trendy cafes luring in the city’s bohemian youth and retail-hungry travelers. And Commune 2nd, a courtyard serviced by food trucks, is a great sunny day spot for American burgers, ale, and vegan fast food. 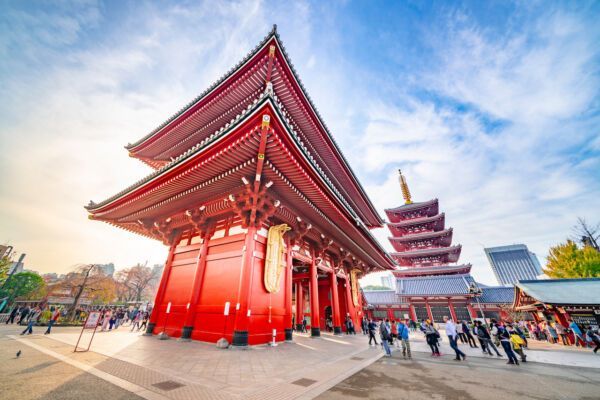 Asakusa — Senso-ji (founded in 645 CE) is known as the site of Tokyo’s oldest Buddhist temple. Senso-ji’s grand complex of vermillion-wood structures, a brazier wafting fragrant smoke across a flagstone courtyard, and kimono-draped locals offering gifts to the gods, paint a quintessentially Japanese picture that has become very rare in 21st-century Tokyo. Asakusa has, however, remained one of the busiest places in the capital for well over a century. Another rarity in the area is Hoppy Dori: a street of izakaya (gastro pubs) with little beer gardens. 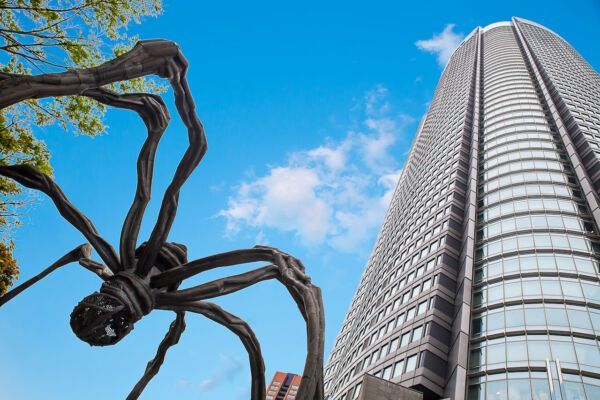 Roppongi — True to the dualistic nature of Tokyo neighborhoods, Roppongi sheds its classy veneer by night, and becomes a gathering spot for party-goers and general debauchery. But by day, it is one of the capital’s modern art centers. The showpiece of Tokyo’s art world is the Mori Art Museum in Roppongi Hills, forming one corner of what’s known colloquially as the “Art Triangle Roppongi.” The other two corners are the National Art Center, with over 150,000 square feet of gallery space, and the Suntory Museum of Art celebrating creative twists on layman objects. Many small-scale art exhibition halls have also migrated to Roppongi over the years, including Ota Fine Arts which has hosted works by the leaders of Japan’s artistic vanguards, Yayoi Kusama and Nobuaki Takekawa, among others.

Neighborhoods beyond the traditional guidebooks 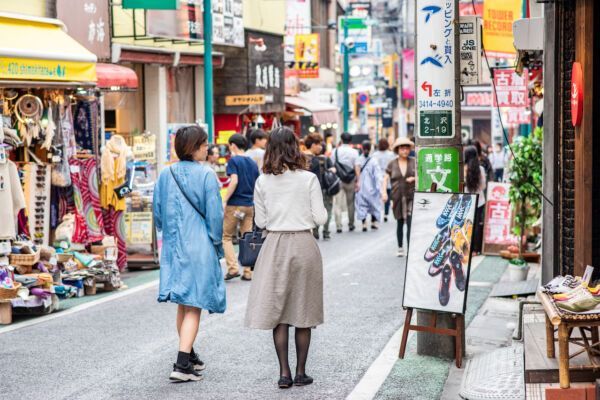 Shimokitazawa — Shimokitazawa is as close to a full-blown hipster neighborhood as you’ll find in Japan. Colorful thrift stores bombard its narrow alleyways, while craft coffee houses fill the streets with the smell of fresh roasted beans. University students covered in more tattoos than Japanese societal constructs would deem appropriate make up a significant portion of the crowds, and naturally, the arts are fundamental to the area’s recent surge in popularity. For lunch and European ales, check out burger bar-cum-collaborative workspace Coaster. And if you fancy a laugh, Good Heavens bar has become the core of Tokyo’s international comedy scene, having hosted Aziz Ansari, Hannibal Burress, and Ardal O’Hanlon in recent years. 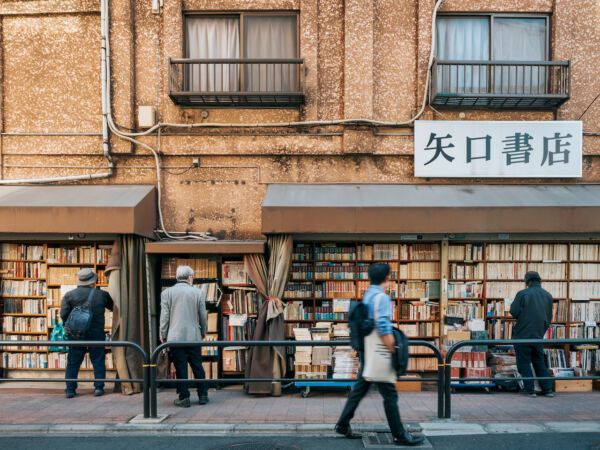 Jimbocho — Jimbocho, officially named ‘Kanda-Jimbocho’, is a neighborhood-sized library, and a love letter to bibliophiles. Up to 200 bookstores (depending on who you ask) are crammed into its aging buildings — a holdover from the rapid growth of students at nearby Meiji University toward the end of the 19th century. Many stores specialize in old Japanese tomes and antiquarian curios of very niche interest: Kyōgen theater, female novelists from the Heian Era, or Japanese military biographies. But step into the halls of Kitazawa Shoten or Isseido Booksellers and you’ll find real treasures of English-speaking literature. Optimum time to visit is the 10-day Kanda Used Book Festival, when the merchants of Jimbocho temporarily relocate their shelves onto the streets.