It was only in the early 1960s, as Tokyo frantically modernized to host the 1964 Olympic Games, that it became a cutting-edge metropolis with a truly global reach. Fast forward to the 21st century and it now stands tall as one of the most alluring travel destinations in Asia, if not the world. As such, Tokyo is now populated by around 100,000 hotel rooms straddling every level of budget, from chic youth hostels to high-end boutiques that mix traditional design motifs with contemporary art styles.

Author’s Note: Tokyo is very well connected via rail lines; so while location is important, there are several areas which are equally good bases to start from — particularly Shibuya and Shinjuku. The nearest major train station to each accommodation is indicated. 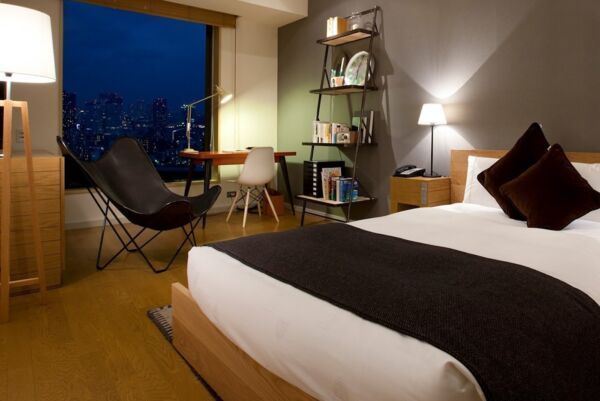 Royal Park Hotel Shiodome — Royal Park Hotel Shiodome occupies the top section of Shiodome Media Tower. The large premium suites have funky art styles resembling the popping colors of chic 1960s interior design, albeit with a modern overlay. The hotel also collaborates with other companies to create temporary themed rooms; one recent collaboration was styled after the world of Final Fantasy XIV’s Il Mheg the Faerie Kingdom. THE BAR by the hotel’s 24th-floor reception is a great spot for cocktails crafted by in-house mixologists and for stunning views of Tokyo Bay’s futuristic skyline through a glass wall. 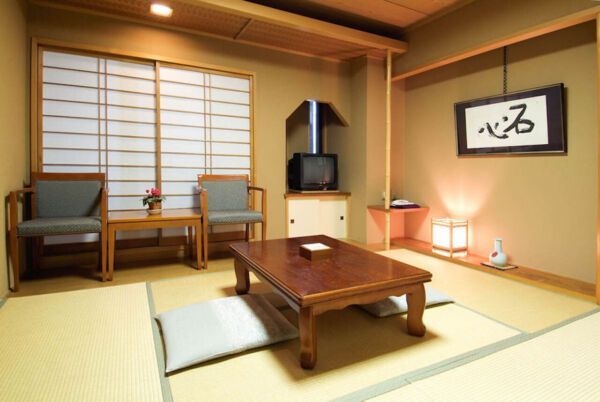 Ryokan Shigetsu — Ryokans, traditional Japanese inns, are typically associated with hot spring towns and the quiet reaches of the countryside. They do, however, exist in Tokyo, particularly in Asakusa, one of the city’s most historically rich neighborhoods. Ryokan Shigetsu, which has been in business for over 80 years, is stylized in the mold of classic Edo Period (1603-1868) architecture. The traditional rooms with tatami floorboards, futon beds, and sliding doors will make you feel a world away from the bustling urban environment. Don’t forget to check out the sixth floor cypress bath with stunning views of Tokyo Skytree and Sensō-ji temple. 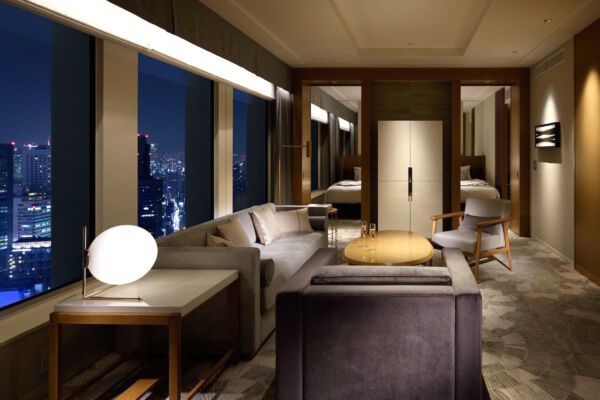 Keio Plaza — Keio Plaza is in the upper echelons of Tokyo’s mid-range hotels, with suites that are modern, spacious, and operate a 24/7 room service. But it’s the extras that make the hotel stand out. Within the building is Shun, an open-kitchen tempura restaurant with an inviting regional sake list, and Kyubey, a branch of the eponymous Tokyo sushi empire, serving up fresh Pacific Ocean produce along a softwood counter. Outstanding views of Shinjuku’s skyline can be enjoyed from Aurora Sky Lounge on the 45th floor or the hotel’s rooftop pool. 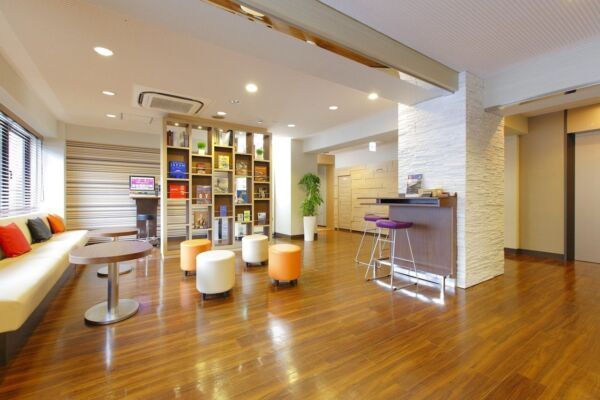 APA and Mystays — If you favor budget travel but don’t quite like the shared space that comes with hostel life, APA and Mystays hotels are great alternatives. Both are respectable chains with competitive prices, well-kitted out rooms, and most importantly, they occupy a lot of prime real estate all across Tokyo. 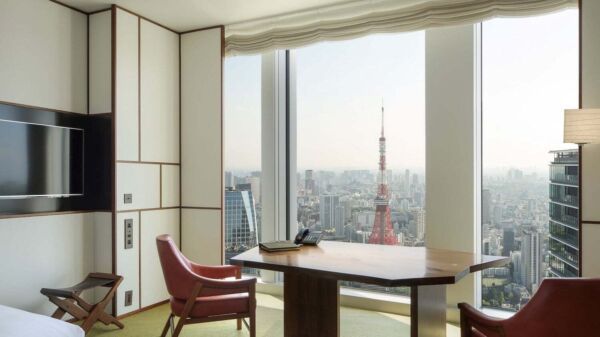 Andaz Tokyo Toranomon Hills — Toranomon Hills is a classy neighborhood, located in sight of Tokyo’s most enduring postcard image: the blazing spire of Tokyo Tower. The Sky Suite at Andaz Tokyo Toranomon Hills is among the most prized hotel rooms in town, typified by its elegant simplicity, plush furniture and glass panels running the length of the room with 180-degree views of the surrounding urban sprawl. The hotel’s bar and restaurants range from a sophisticated rooftop cocktail lounge — with the inspired name of Rooftop Bar — to the Tavern, a modern bistro where 25-day-old snow-aged beef is the menu highlight. 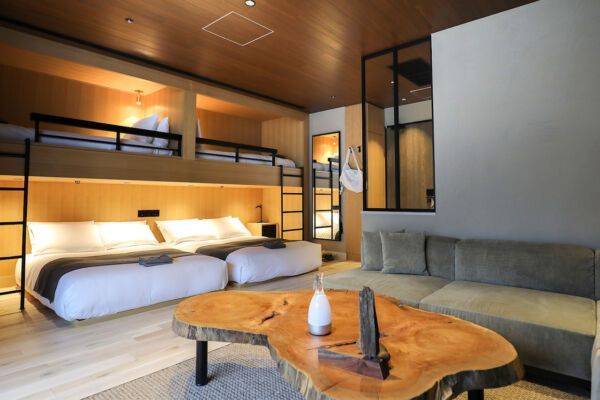 Trunk Hotel — Trunk Hotel is very much a product of the 21st century: an award-winning boutique hotel combining urban minimalist architecture with a progressive attitude toward luxury travel that puts equal focus on giving back to the local community. They achieve the latter through sustainable practices, a farm-to-table restaurant, Kushi, specializing in Shibuya soul food, and supporting community events geared toward minority groups. The Terrace Suite, which can accommodate up to eight guests, is one of the best in Tokyo, with a rooftop deck, barbecue, miniature pool and some seriously stylish rooms. 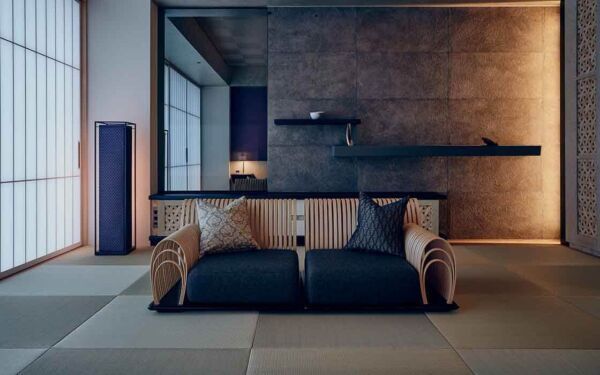 Hoshinoya Tokyo — Japanese luxury is often epitomized by an overriding sense of calm, and Hoshinoya Tokyo instills exactly that feeling. A zen garden, ikebana flower arrangements, and yukata-clad staff offer a romanticized view of traditional Japanese culture from the moment you step foot inside. The rooms are decorated in a vintage tatami style but are built with modern materials to elevate their level of comfort. For food, sample the in-house Nippon cuisine, a French-inspired reinvention of traditional Japanese multi-course kaiseki. 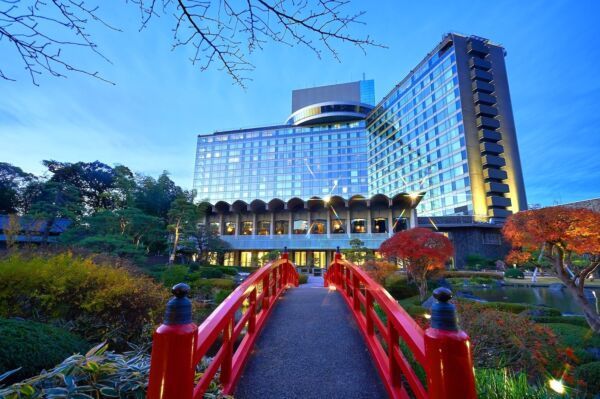 The New Otani — One of five five-star hotels built for the 1964 Olympics, The New Otani is a sprawling complex with themed rooms, high-end boutiques, vintage cocktail bars, and a beautifully curated zen garden that belies the fact you’re in the center of a concrete metropolis. The rooms in the Executive House Zen are The New Otani’s most unique, fusing traditional Buddhist art motifs with modern interior design. Large windows dominate one side of the accommodations offering views of trickling rock pools and trimmed flora of the famous garden. 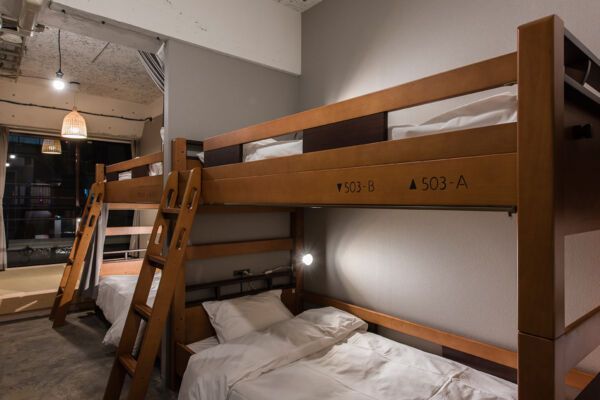 Imano Tokyo — About five minutes on foot from Golden Gai and Kabukicho in central Shinjuku, Imano Tokyo is in a prime location for a hostel. The reception doubles up as a cafe/bar which opens up onto the streets during Tokyo’s long summer. They also have a happy hour drinks menu (less than $4 for a beer), and host social events, like pub quizzes. If you’re intent on mingling with fellow travelers, Imano is a great place to do so. 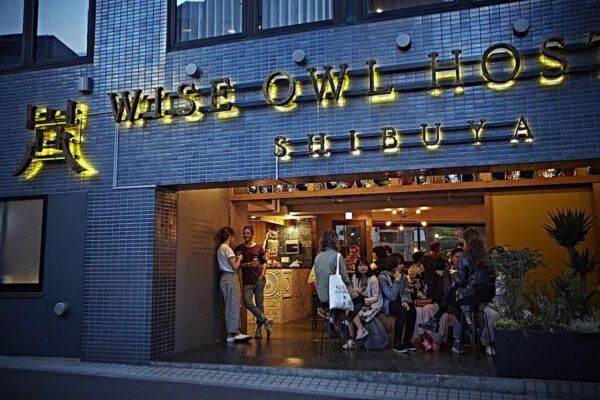 Wise Owl Hostel — Wise Owl Hostel is a modern backpacker hostel chain with an interesting collection of restaurants and bars under its stewardship. The Hatchobori branch — the flagship location near Tokyo Station — has cool compartment-style dorm beds, an underground club called Howl which hosts DJ sets and live art shows, and a Japanese sake and oden (stewed hotpot) shop on the ground floor. 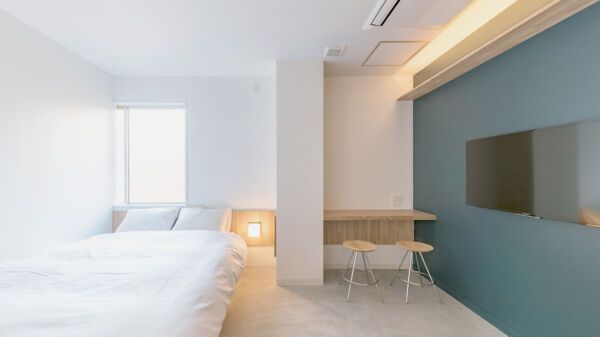 & Hostel Akihabara — & Hostel Akihabara is just a short stroll from Tokyo’s Akihabara or Electric Town, the home of Japanese pop culture. The hostel is like a blank canvas with a less-is-more decor resembling the inside of an Apple store. True to the theme, and in keeping with Tokyo’s high-tech reputation, & is also a smart hostel, where guests can use their smartphones to interact with certain room functions, such as lighting and air conditioning, through an app.

Airbnb exists in Japan, though the country’s infamous penchant for overregulation has dented the business. A 2018 change in rental laws required all Airbnb sub-letters to apply for government-issued licenses. As a result, fewer listings are now available across the country, even in Tokyo.

While Airbnb is not the most common form of accommodation for travelers in Tokyo, there are a couple of perfectly located and spacious properties available. 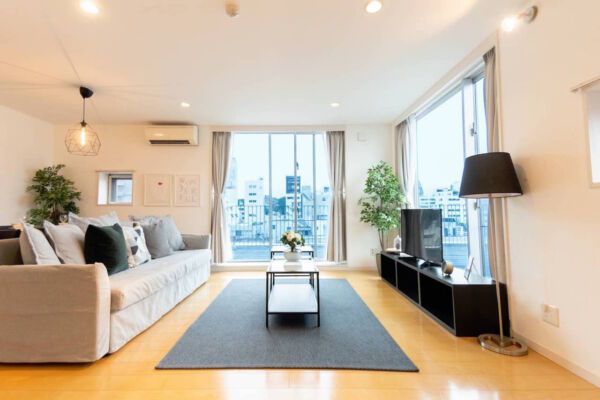 Modern Flat in Harajuku — This modern apartment in the heart of Harajuku’s Cat Street (a focal point of Tokyo’s alternative fashion culture) can comfortably accommodate four to six guests — though up to eight are allowed. Along with the smartly-furnished interior, the large rooftop deck looks toward Shibuya and Jingumae. Yoyogi Park, Omotesando’s glamorous highstreets and the hipster clothing stores of Harajuku are also just a short stroll away. 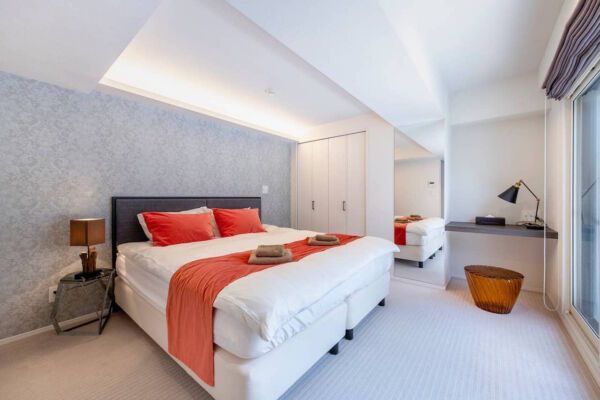 Spacious Shinjuku Apartment — Located in Okubo, this luxury apartment, which can host up to six guests, is within walking distance from Shinjuku Station and Shin-Okubo’s much-lauded home of barbecue: Koreatown. The surrounding neighborhoods are a nice blend of Tokyo’s highrise entertainment hubs and the retro vibes of Okubo and Golden Gai, making it a great place to start exploring the dualistic nature of Japan’s capital city. Plus, if having plenty of room is a priority for you, few other accommodation options in downtown Tokyo — even high-end hotel rooms — can offer as much light and space as this one.