Portland’s music scene has never been big enough or nationally popular enough to define its own genre, like Seattle with grunge or LA with rap, and despite the city’s massive growth spurt, it seems like this is not going to change anytime soon.

However, this lack of being pigeonholed has offered Portland’s quirky, independent venues an unparalleled freedom to book whomever they please to do whatever they feel like. Wandering down East or West Burnside on a Friday night reveals a staging ground for a new generation of comedians, rockers, rappers and performance artists who play regularly in intimate venues on the cheap just to hone their craft. These venues rarely reveal the hipster swank that new Portland is famous for, but they display an avant-garde culture chugging away behind the dirty glasses, sweat-stained theatre seats and century-old stages.

Here are the best live venues in Portland: 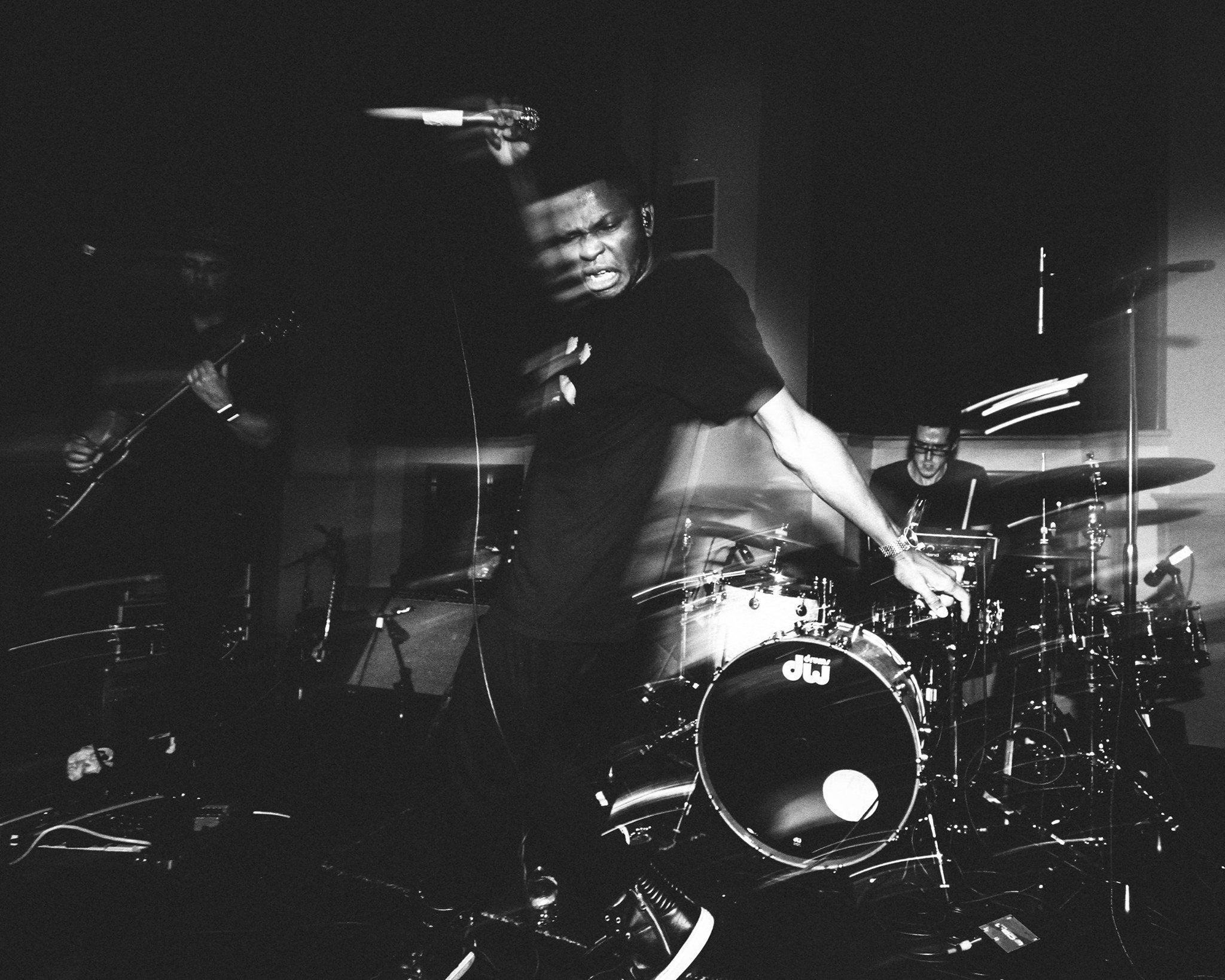 An East Side classic in the vein of the Crystal Ballroom, the Wonder has been blessed with a well-built and designed old structure and continuous upkeep. Its downstairs lounge has always been a happening spot to hang before the main act, but would be a popular spot in its own right thanks to neighboring sandwich shop, Bunk Bar. While the space has lost some of its intimacy since the venue divided the main floor between minors and the +21 crowd, it is still one of the few places in Portland that draws fans from up and down the coast. 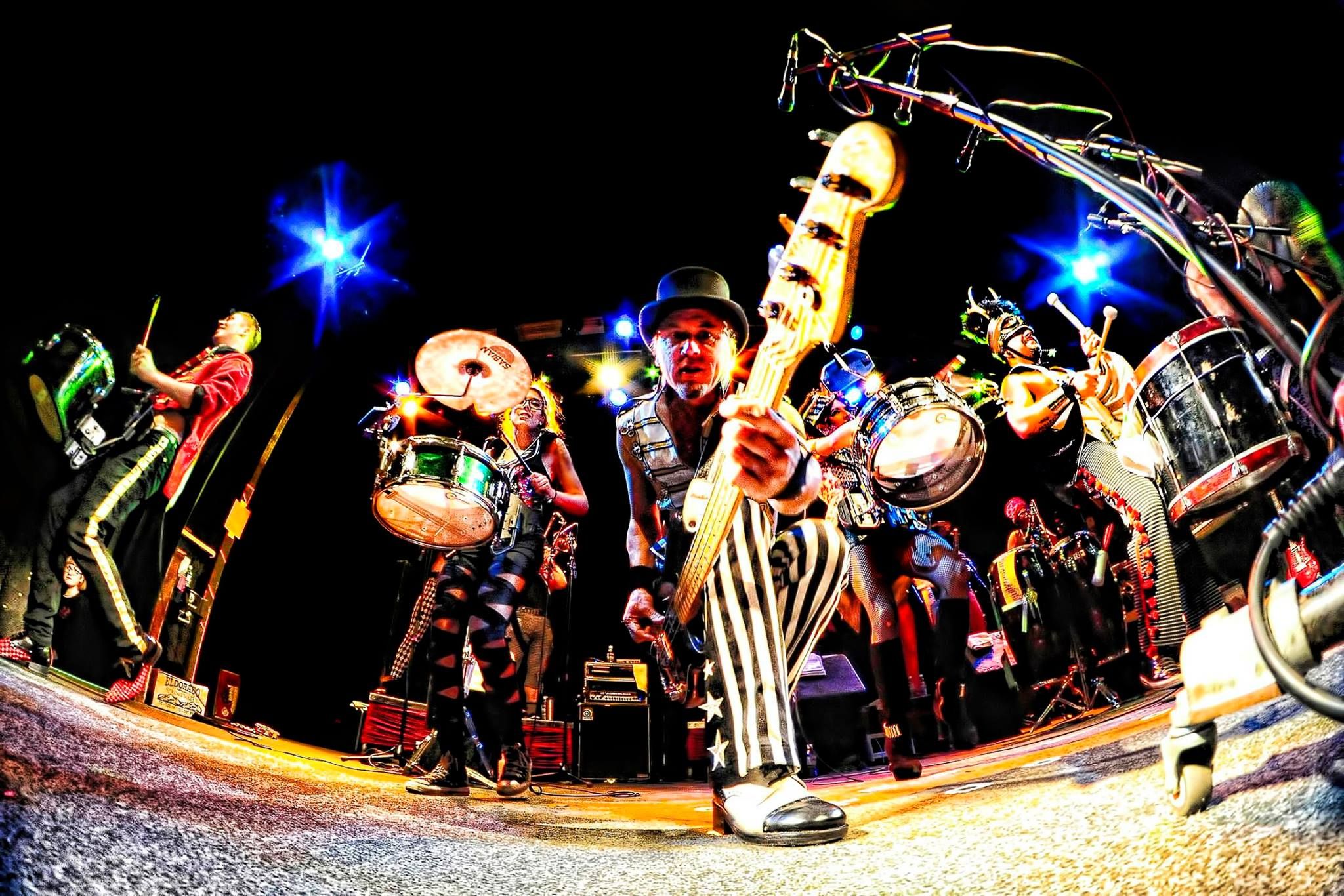 Rather than let a good thing go to waste, Portland has a tendency to save old buildings and turn them into something new. The creators of Revolution Hall have done just that in spectacular fashion. Located in the former Washington High School, this venue also hosts restaurant, bar and one of the best rooftop patios in the city (which has room for acoustic performances). The event space is in what used to be the high school auditorium and, despite that fact, has one of the better sound and display systems in town. Good for film festivals, comedy events, rock shows or just hanging around enjoying a fancy sandwich and a beer while watching the sunset behind Big Pink. Who knew you could make revisiting High School so appealing? 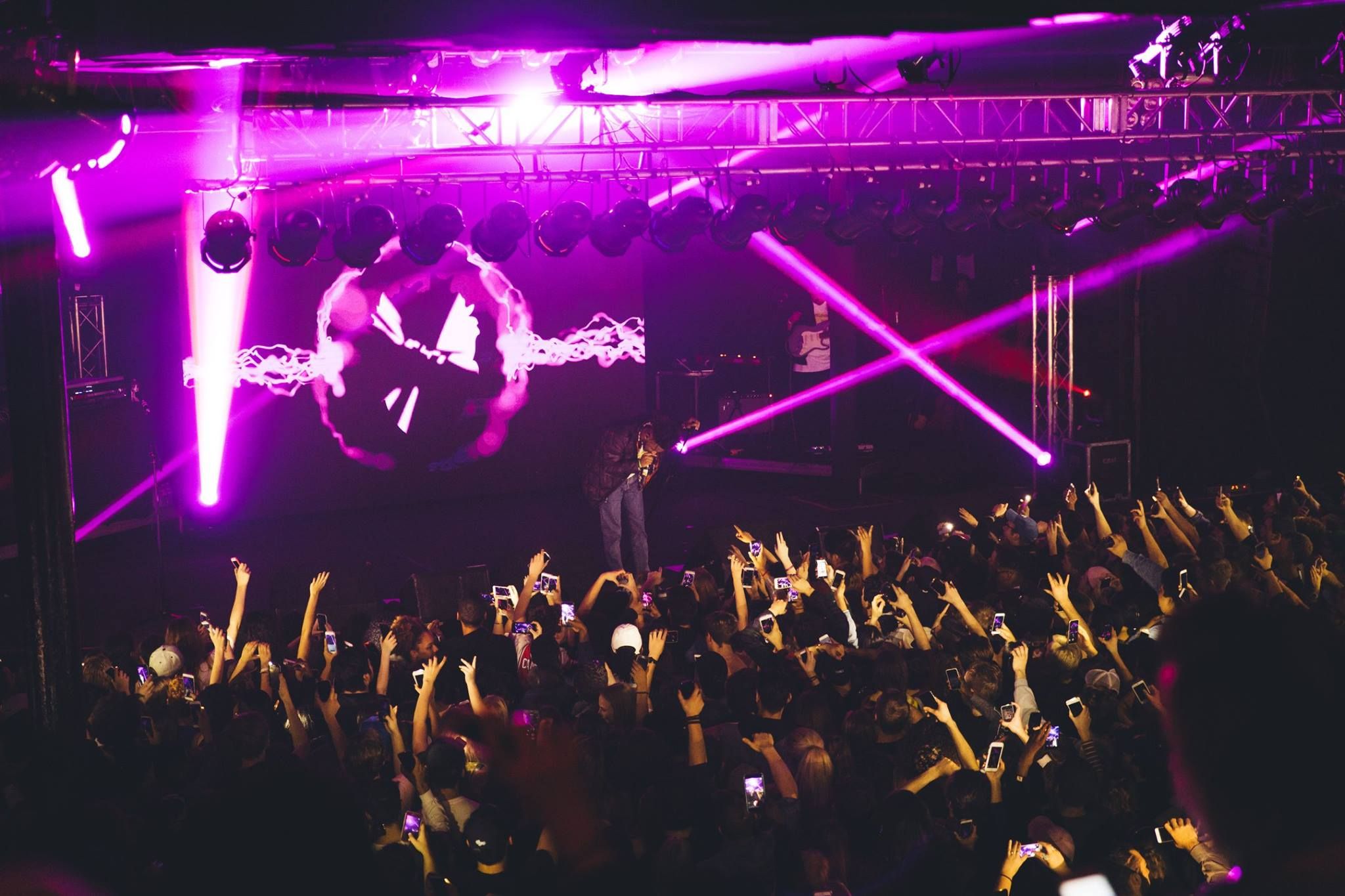 Growing up in Portland, your first show at the Roseland was a pretty big deal. Despite being middle-of-the-road in terms of acoustics and sound system, the Roseland still draws some of the biggest acts from every genre. This might have to do with the wild energy produced by the age range (18 and up for most shows), or maybe it just makes sense for managers to book the Roseland in the City of Roses. Whatever the reason, this venue remains a titan in the hefty live venue scene of Old Town/Chinatown. 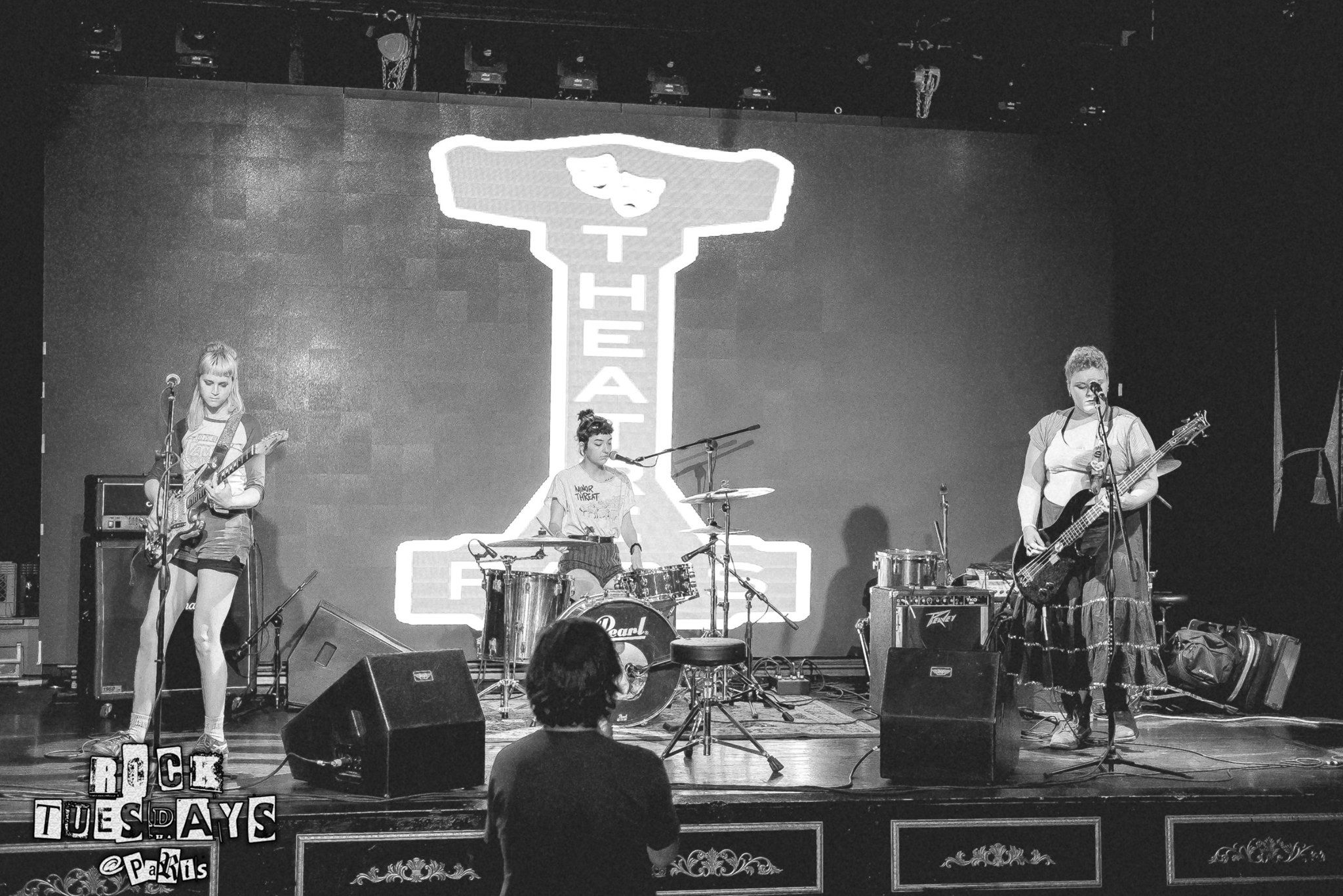 Out of all the performance venues in the city, the Paris might be the most renowned. Opened well over a century ago as a burlesque theatre, the Paris has alternated uses several times, from a cinema to rock venue to nightclub — it was even a porn theater once, replete with dungeons. In 2016, this mid-size venue was converted into a nightclub featuring cabaret décor and one of the most high-tech stage setups in the city. While the cover charges can be higher than the grungier venues in the neighborhood, the cost is worth the quality of the sound and displays — and the contemporary burlesque shows they put on. Despite its recent classing-up, the Paris remains a monument to Portland’s funky and free culture. 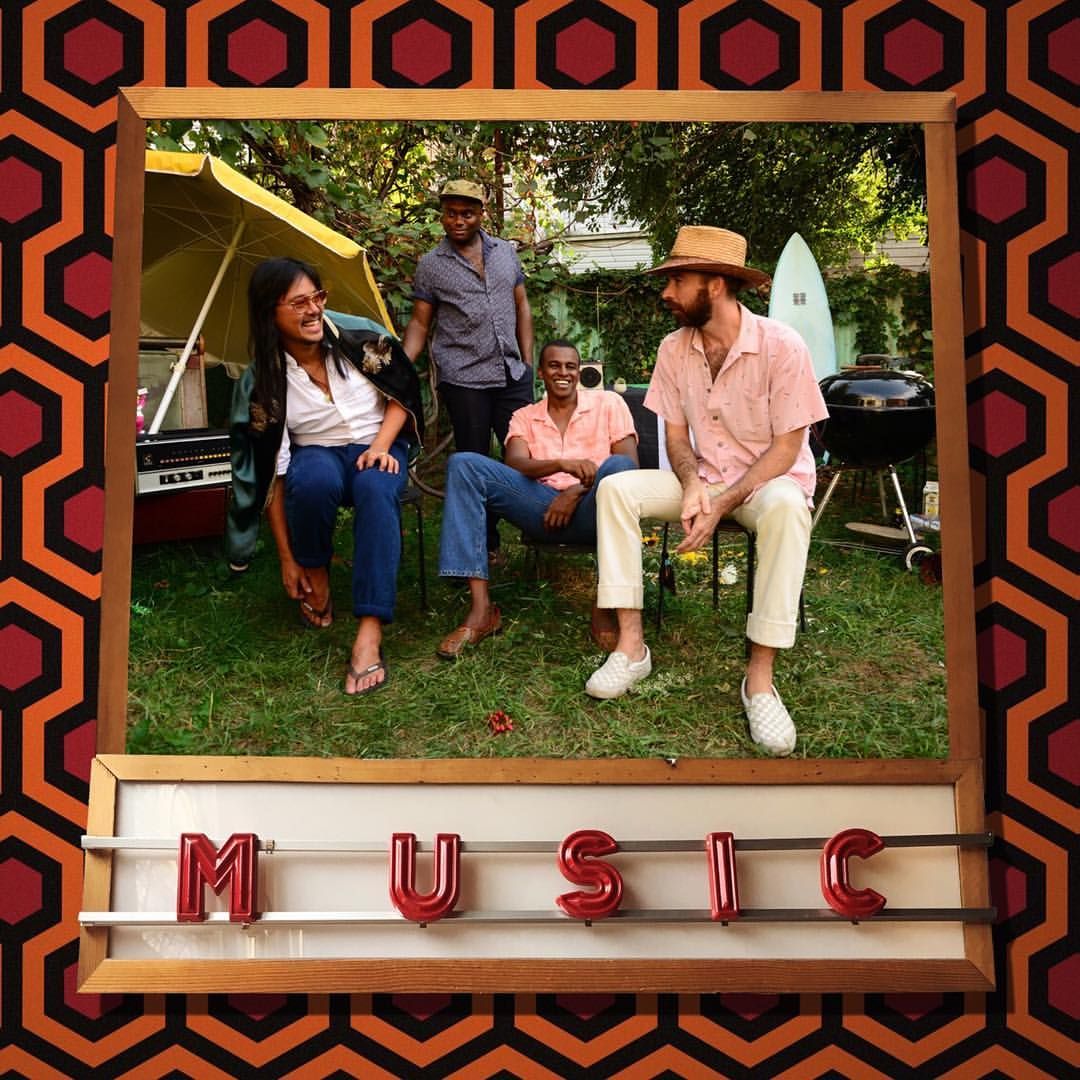 A younger Portland music hall has taken one of the smallest spaces on this list and turned it into the capital of the city’s freshest arts scene. Despite an exterior that suggests little more than a hole-in-the-wall, the intimate space has the energy of a 19th-century cabaret theater or jazz hall from the 20’s. A unique L-shaped balcony allows fans to almost dangle over the band (safely) and the simple floor space is no bigger than a McMansion’s living room with a well-stocked bar at the back. Created by artists for artists, the Mississippi has one of the best sound systems, and the line-up is always packed with local artists looking to make it big. 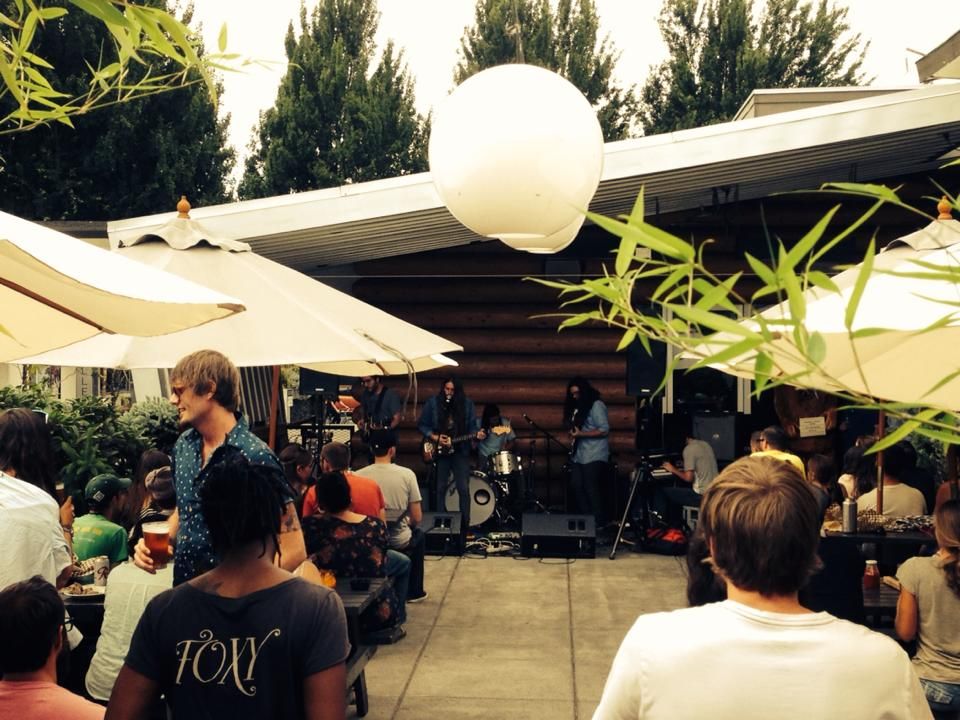 For over a decade, the Doug Fir at the Jupiter Hotel has been the most immaculately designed and maintained bar, restaurant, and venue in Portland. Trimmed and furnished to look like a logger’s fondest fantasy, the cozy basement music venue delivers some of the most intimate performances in town. Thanks to the general vibe of the place, it is hard to shake the feeling that you have stepped into the womb of Portland’s art scene, which these days, is comprised mainly of folk, alternative, and hip-hop. While the prices might be higher here compared to elsewhere on East Burnside, the top-notch small plates and cocktails are worth every penny. There are lots of places that folks want to check out on a first visit to Portland, but this might be the place Portland semesters most want to share with their buddies — and the world. 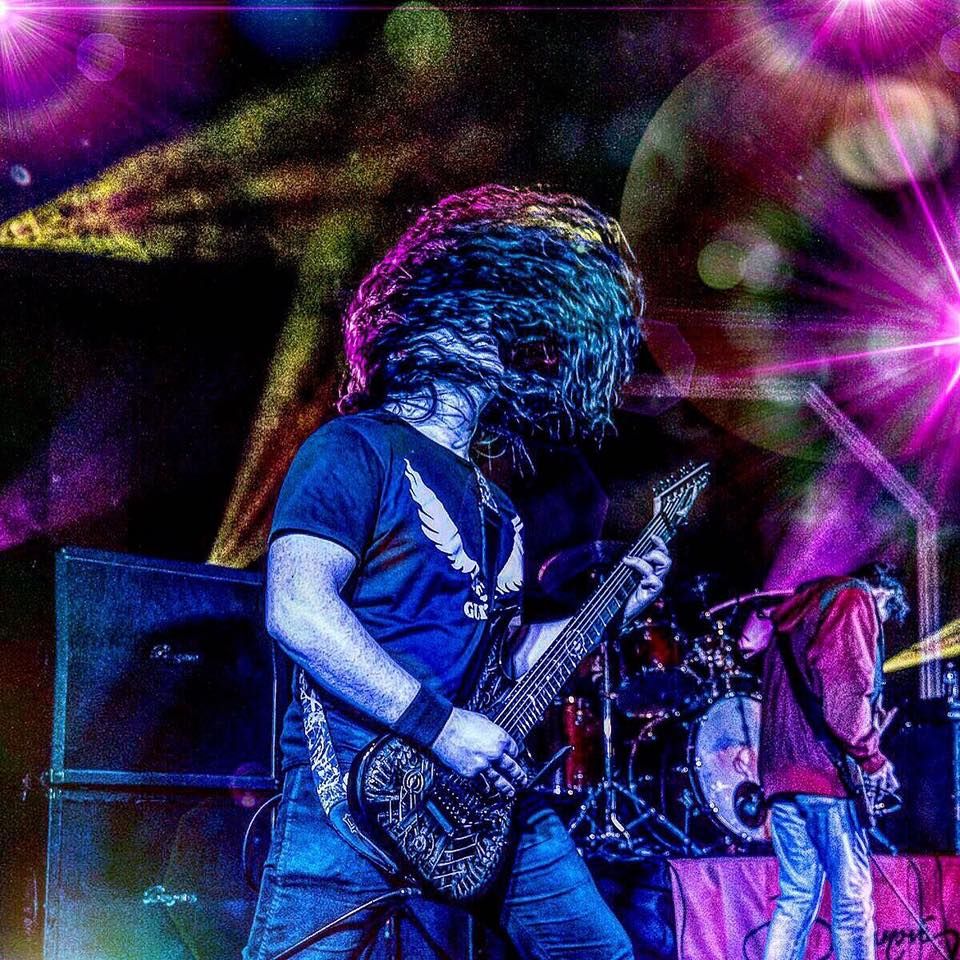 The website calls the Bossanova a “classy, beautiful, live event space” that hosts weddings, but I know it best as the setting for the dirtiest sort of metal and “clothing-optional” parties. I guess you can have the best of both worlds? Regardless, this space is exceptionally conducive to getting your freak on, be it on the dance floor, the balcony VIP area, or in the disconnected phone booth with a significant other (or two). The West Side venues have long been snagging the biggest names for their rosters, but the smaller Bossanova has developed a solid reputation for presenting Portland for the international underground. 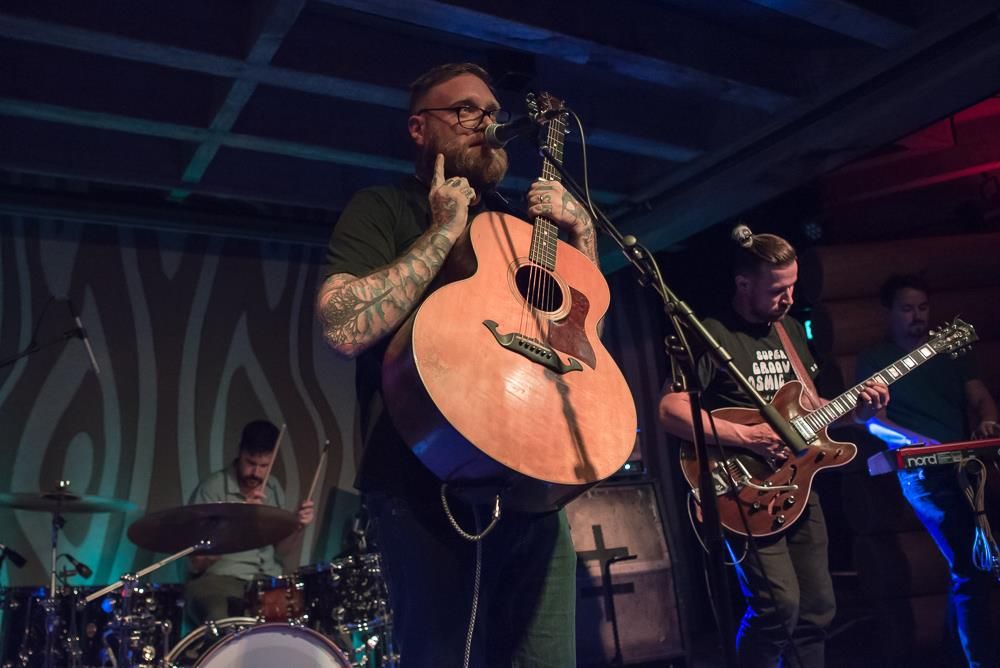 One of the newest editions to West Burnside’s music corridor is an extension of what used to be the bathroom of one of Portland’s coolest basement bars. Located underneath the fabled Crystal Hotel and Zeus Café, the Den is a warmly lit cocktail bar that exemplifies the “Portlandia” spirit with its oriental rugs and wall art from the 90’s. The stage is just big enough to host jazz, blues, folk and other smaller acts, including comedy, so is perfect for a date night. Al’s Den is named after Portland gangster Al Winter, who used to “operate” the city’s illegal pinball industry out of the building and was associated with mobsters like Meyer Lansky and Mickey Cohen. Not a bad story to tell over a dry Martini with a saxophone tootin’ off in the background. 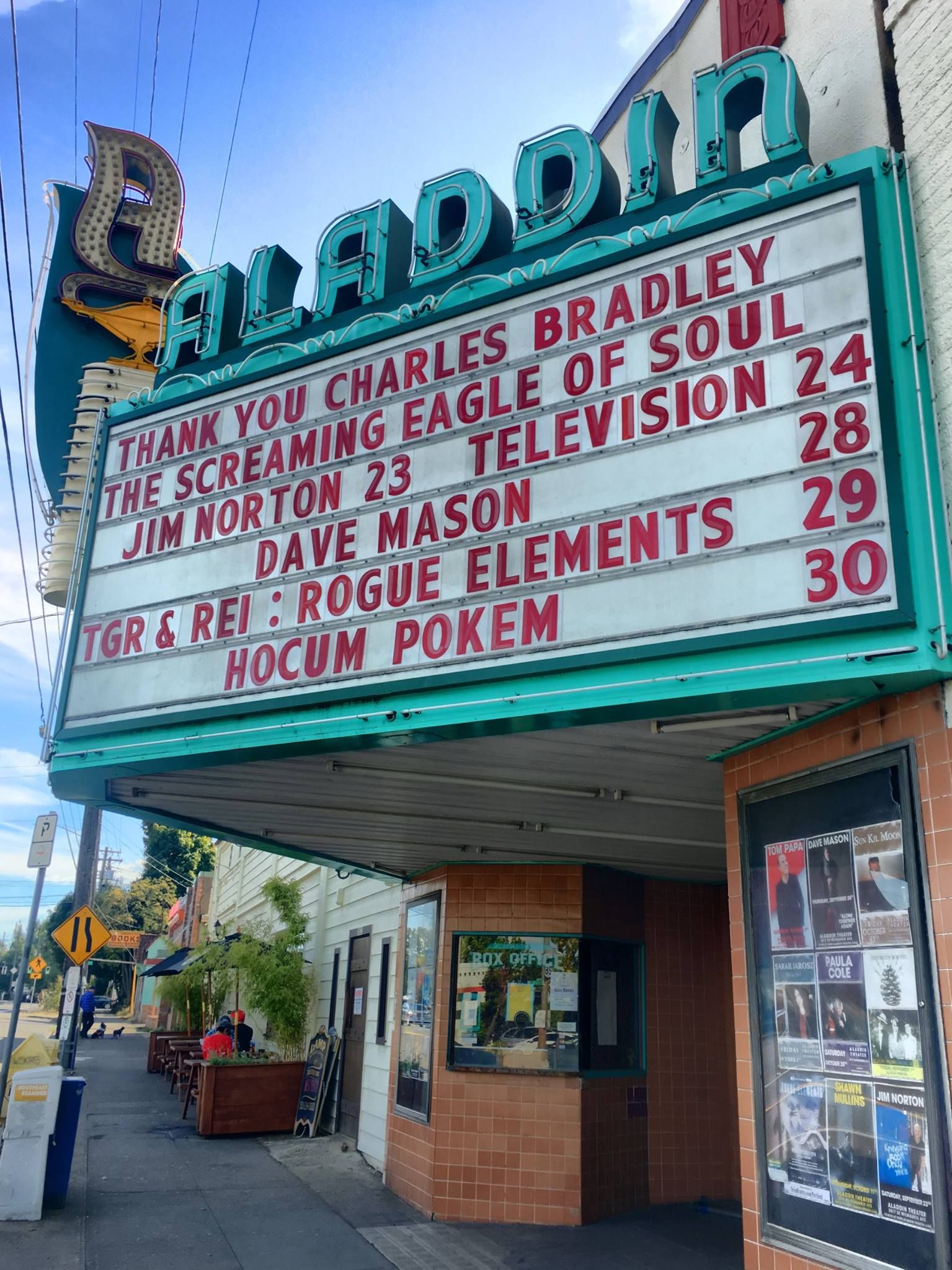 Often overlooked for being outside of the West-East Burnside corridor, the Aladdin is the hidden gem of Southeast Portland. An Art Deco theater that has been modestly converted to host everything from thrash metal to one-person acts to “A John Waters Christmas, this venue is suited for just about any crowd. The seats may be beaten up and the sound nothing much to write home about, yet there are few venues in town as capable of headlining big acts from every corner of the entertainment industry.

Find these spots and more on our travelstoke map:
Tagged
Music + Nightlife Trip Planning Portland, OR, United States
What did you think of this story?
Meh
Good
Awesome