10:41 Feb 11, 2020
Top Countries
Top CitiesView All Destinations
Trending Countries
Trending Cities
Load More
As part of the Matador Twitter contest, we will be spotlighting cool gear we’ll be giving away to lucky readers. 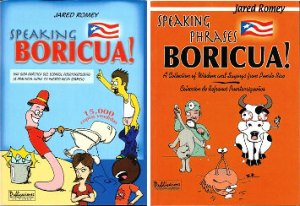 Sure, learning a language can get you closer to a culture, but mastering its local lingo can speedtrack you right into its heart.

Penned by Jared Romey, an American expat who has lived in Chile, Argentina, and Puerto Rico; Jared has compiled the unique words and phrases of Puerto Rican Spanish into two books which we will be giving away.

Be sure to check out Matador review’s of Speaking Boricua! (Parts One & Two) as well as Jared’s 6 Tips for Sounding Like a Local.

AND THE WINNERS ARE…

We’ll be contacting them directly to send them copies of the books.

Want to win more free stuff from Matador? Follow us here @matadornetwork and keep your eyes peeled for the next contest!

Tagged
Books San Juan, Puerto Rico
What did you think of this story?
Meh
Good
Awesome

Why does ‘yellow filter’ keep popping up in American movies? 21 drinking games you can play in any bar Studio Ghibli’s global perspective celebrates a multicultural world Dutch government recommends single people have a sex buddy during the lockdown Japan will partially pay for domestic travel so you can explore more of the country