RECENTLY, PORTLAND EXPERIENCED snow-maggeddon; 12-inches of snow fell, closing stores and roads across the city that were not prepared to deal with the weather. It was awesome though, because it turned my day off from work into a five-day staycation.

A mere mile away from my current apartment however, some Reed College students saw this as an opportunity to finally build the largest snowball the campus had ever seen. The two math majors managed to scoop-and-pat their way to an 800-pound, 40-inch wide snow-boulder, before losing control of it. It rolled down a hill, and slammed into an on-campus Reed College Apartment, ripping one wall off the studs, and costing nearly $3,000 in damages. 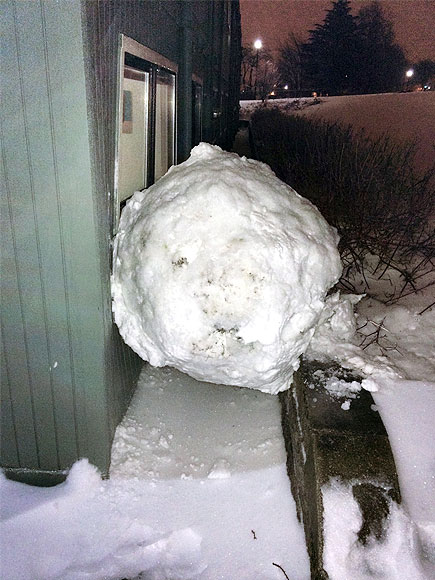 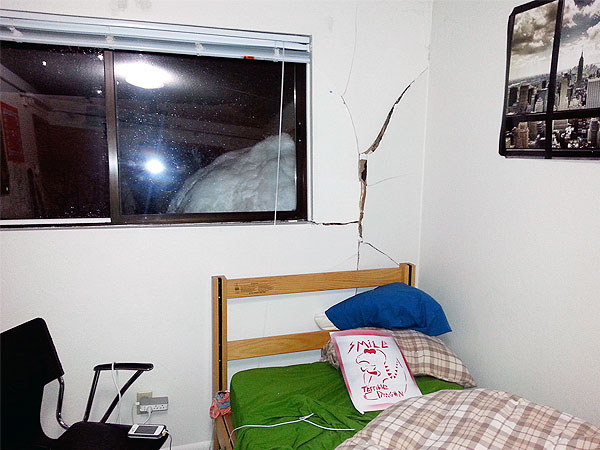 When I went to Reed, I actually lived in the apartment immediately above that one, and the walls are so thin I can guarantee you everyone in the whole complex felt it when that snowball hit – just like how everyone knew when I was watching movies instead of working, when my neighbors were having weird sex, or when the dude below me was purifying his latest batch of mescaline.

What did you think of this article?
Meh
Good
Awesome
Bookmark
Posted In
Travel
Destinations
Portland, OR, United States

The 10 best hotels in Portland

What to do and see on a first visit to Portland

How to stay in shape while on a trip to Portland

Where to get a decent drink in Portland

12 cheap things to do in Portland this summer

How to explore Portland by bike

12 reasons you should never take your kids to Portland