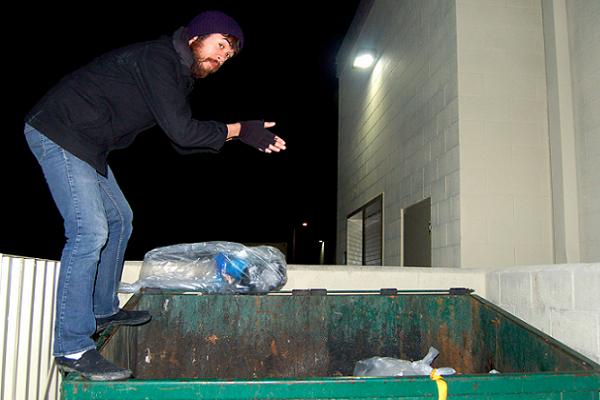 I grew up in Louisville, Kentucky, and in my youth there were one or two days a year for “Big Trash Pickup.” The entire town put bulky items that weren’t worth holding onto out on the curb; the wilier citizens were free to comb through the discarded belongings before the garbage men picked them up.

This is how my trash picking began.

It was a family affair and I was always terrified that I would be seen with my mom or dad prowling around the front of a classmate’s house in broad daylight. I would torture myself imagining scenarios in which I was spotted by a more popular fifth grader rifling through her family’s discards and the ensuing outing in which I was teased mercilessly for being a trash-picker.

Still, it was hard not to get excited over a wooden swing in the shape of an airplane or a bag of Barbie dolls that had seen better days. Furniture, toys, obsolete electronics, records, sports equipment– the price was right. We had a huge Chevy Suburban replete with unfinished bodywork that left the sides peppered with sanded down patches of red and grey Bondo– never was there a better truck for loading with trash.

Over the years I have found so many great things. I’ve sold some, eaten some, made art out of some, furnished with some and thrown some back where they came from. 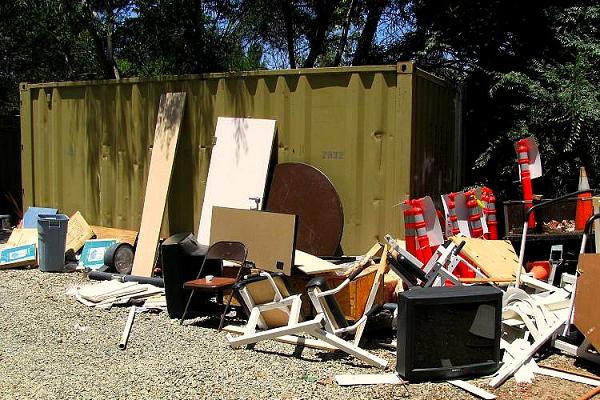 In the current economic climate, perhaps you’re thinking of making a foray into the world of trash picking and dumpster diving. It can be a rewarding activity, but it has its pitfalls. Caution is in order and it’s not for the squeamish. You want to be safe and you want not to get caught.

In certain places you could be seen as trespassing or even stealing. Chances are you won’t go to jail, but it’s an activity best done under cover of night and it might be advisable not to blast Judas Priest from the stereo speakers in your old beater to rock out while you dive.

What Will You Need?

You don’t really need anything. The following items are recommended. The more stars they have, the more recommended they are.

How Do You Get Started?

Do drive bys or walk bys. Run reconnaissance and see where dumpsters are unlocked. You can do this during the day. Groceries throw out food and produce that are still good. Stores change stock and dump out of date merchandise. Dare to dream and have a look behind stores you wish you could shop at more. 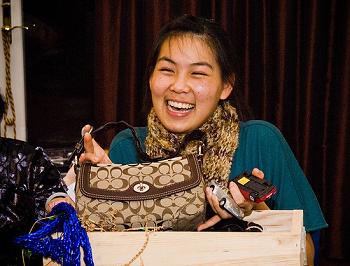 Don’t exclude thrift stores. Sometimes really cool stuff can be found– I once found a Coach handbag in the dumpster behind a thrift store (not that that’s cool, but it fetches a nice price on e-Bay).

Dive when the store is closed and it’s dark out. Park your car away from the dumpster and approach on foot. Be practical. Wear dark clothes and be quiet. It’s a good idea to wear gloves and jeans and heavy shoes or boots. You want to keep in mind that you could stick your hand in anything (putrid, hazardous) or step on something sharp (glass, nails, needles). Use a flashlight as needed and don’t go shining it up out of the dumpster like your own personal laser light show.

If the dumpster looks promising, go ahead and get in. Piles of trash tend to have all sorts of weird angles and slippery things that are buried. If you aren’t careful, it’s very easy to fall down. Grab the side until you’ve gotten your sea legs. Arm yourself with a trash bag and collect your finds.

When you’re done, peep out of the rim of the dumpster: if everything looks okay, pass the goods to your friend or get yourself out and pull the haul out after yourself. Nonchalantly return to your vehicle or walk away with your scores.

If you get to be a pro, you might start to learn that your favorite grocery turns over its produce on Wednesdays and the knick-knack shop you adore rotates its inventory on the third Saturday of every month. If you pull a great score one day, make a note of the day of the week and the month and see if you have time to follow up on your intuition that similar goods will be on offer the same time next week or month.

If you find that you can’t possibly use the 20 heads of arugula you found but don’t want to leave them rotting there, consider taking them to a soup kitchen. Everyone’s being hit by this downturn. Good luck.

Feeling the pinch of the economic crisis but not feeling like trying dumpster diving? Read about ways the financial crisis can improve your life here. Or if you’re traveling and need to make some quick money, here are 25 ideas to get you started.

Tagged
Financial Savvy
What did you think of this story?
Meh
Good
Awesome

This Fall, London is Calling

Everything you need to know about Marriott’s new Bonvoy program

When to use an ATM vs money exchange service while abroad

The best banks for international travelers