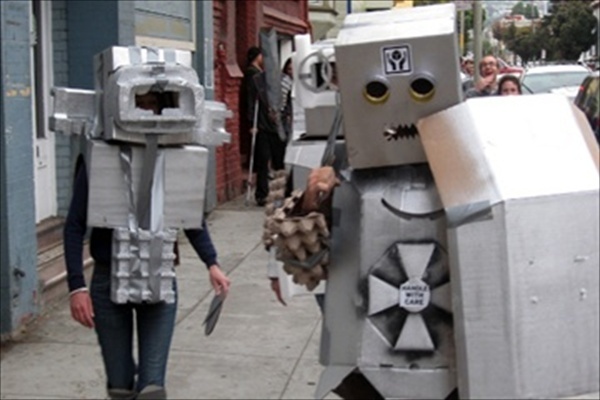 Aiko may be the perfect woman. She knows your favorite drink, washes dishes and never complains, even if your mom doesn’t like her because she’s a robot.

Le Trung, artificial intelligence engineer and creator of Project Aiko, brought the work of his lifetime home to meet his parents this past Christmas. Aiko speaks two languages fluently, can recognize 250 faces a second and her silicone skin is touch sensitive.

“If you grab or squeeze her too hard,” Trung tells the Daily Mail, “she will try to slap you.”

Imagine the real life implications of a gynoid robot such as Aiko who can be used for airport security, provide home care for the elderly or be your next uber-office assistant.

She’s the kind of robot girl you don’t take home to mama.

True Companion, founded by ex-Bell Labs AI engineer, boasts real life dolls intended specifically for sex and like forms of companionship. She can talk and play, but she won’t cook or clean like Aiko.

True Companion’s website tells how Roxxxy was inspired by the loss of a friend in the 2001 World Trade Center destruction.

The initial concept for the current sex robot began with a conversation several years ago. A friend and Douglas Hines were remembering a dear friend who passed away. Douglas thought that it was sad to not be able to ever talk to him again. He said “wouldn’t it be great if I could create a robot with artificial intelligence and have it hold someone’s personality and preferences – this way, we could talk to the robotic version of that person and ask it questions whenever we wanted”? We thought it was a great idea though we both agreed that it would be a very big undertaking.

How they began with the desire to speak to an old friend and ended up with a sex doll is another story I suppose. One not told on the website. In fact, the website seems rather devoid of information or photos in general, so I called their 800 number.

What do you see in the crystal ball?

Douglas Hines happened to answer and we chatted about Roxxy and talked science fiction futures of AI.

Hines sees sex as only one small part of Roxxy’s capabilities. She’s a companion, one who knows you, your desires and can talk in addition to being a simple body with “three inputs.” 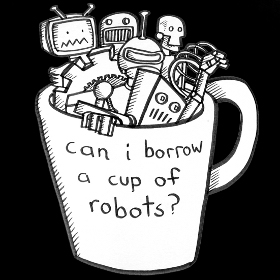 Thus, Roxxy comes in a variety of flavors, a.k.a. personalities. There’s Frigid Farrah, for those who want a bit of a challenge. Wild Wendy. S&M Susan. Young — a definite eyebrow raiser. And Mature Martha. You customize their personalities to your taste, and can even swap personalities with your friends to use on their own dolls. Partner swapping via software.

All rather tempting options for those who may be too shy, maybe embarrassed to experiment with a human partner or those with sexual dysfunction.

Hines and Trung carry us one small step closer to a future in which we find seamless interaction between humans and robots. My imagination runs wild with questions arriving straight from the pages of sci-fi novels and films.

Suddenly ethics and morals involve themselves. If a robot is so real as to perfectly mimic human interaction, then must we treat it as human? What rules should govern relationships between robotics and robotics? And if software is capable of generating new software is that procreation?

Still, something here feels not quite right. Is it the idea of sex or a romantic interpersonal relationship with what is, in essence, a really smart doll, perhaps allowing people to avoid real human interation? Or perhaps we’re somehow uncomfortable with the idea of humans buying something humanoid to be used only for personal enjoyment?

What role do you see robots taking in our future? Let us know your thoughts in the comments.