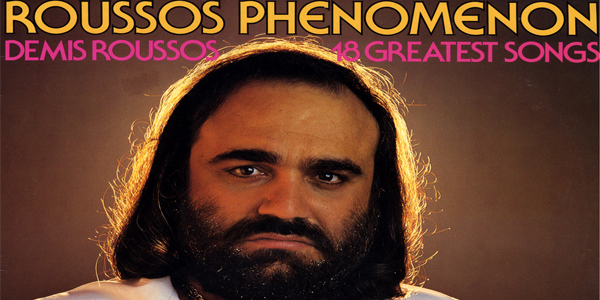 Feature photo by Amir Chamdin. Photo above by superbomba.

Matador launches “Five You’ve Never,” a challenge in which we ask random people to tell us the five coolest things we’ve never seen, heard or read.

First up: Nathan Larson of the band A Camp.

Truly a bizarre piece of film making, this 1968 release is actually a dark hallucinatory horror picture dressed up like a sunny domestic drama. Or something. The mind boggles at the thought of marketing this one.

Essentially, Lancaster plays a well to do businessman who is determined to “swim home” via the pools in the backyards of a well to-do-county in Connecticut. Lots of tripped out stuff happens along the way, Lancaster looks fantastic without a shirt, and the whole thing is incredibly sad and very very disturbing.

Inspired one of the first A-Camp songs, “Sympathy For Ned Merrill.” Classic! (the film , not the song).

1973 was the year of Demis Roussos’ bust-out hit “Forever and Ever” (and we challenge you to forget this melody, once heard), but this was by no means the beginning of his career. Demis had been in the Greek prog rock bank Aphrodite’s Child with none other than Vangelis, the man who would go on to score such classic films as “Chariots Of Fire” and “Bladerunner.”

But Demis was never overshadowed, and remains a massive star in Germany, Spain, Latin America, etc. When A-Camp was mixing “Colonia” we couldn’t get enough of Demis, and bumped him on YouTube nonstop, particularly the amazingly unselfconscious documentary from about ’75, which depicts his screaming , buck naked pubescent son getting baptized in a very frightening looking Greek Orthodox ritual. Great stuff.

Tastes good! We eat it. We ate it today at rehearsal. Actually, we ate it the day before yesterday too. The only reason we didn’t eat it yesterday is because we felt guilty about eating it three days in a row.

It means “A Thousand Hellos!” Somebody asked the dude who owns the place what the name was all about… there’s an expression “tusen tack”, it means “a thousand thanks,” so his reasoning was why not say “a thousand hellos!!!” when people came in your spot, just ‘cos you were really psyched they would choose to eat there! And who can argue with that? Tip: Food’s not as good as Falafel #1. 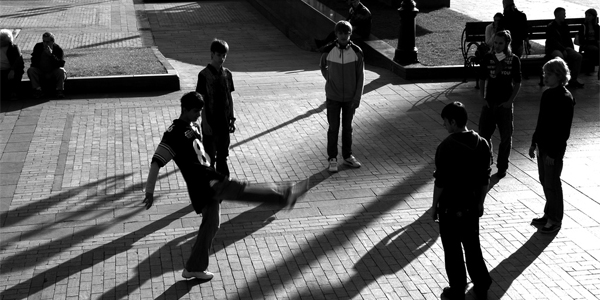 Well, the best and the only. Dark Funeral. For real, it was a nice day and here they were in full regalia and corpse-paint, out on the green playing hacky sack amidst the bemused students eating their lunches, there on the Manchester University campus.

Dark Funeral is a black metal band from Stockholm, Sweden. In their earlier years their lyrical themes usually revolved specifically around depictions of Hell and Satan, but since Emperor Magus Caligula joined the band their lyrics have focused more on blasphemy and anti-Christian rhetoric although there have been several exceptions to this.

Nathan gave his phone number to the drummer, this dude Tomas (a.k.a Alzazmon) who called him in NYC for a while. Tomas was cool but mostly he really wanted to talk about how Dark Funeral practice had gone that day etc (“Oh, it was brutal. It was super brutal….”) And so on.

Apparently Tomas is now in a Norwegian band called Gorgoroth who are supposed to be even more brutal and evil although they all seemed like pretty swell people, though who knows what folks are up to in private.   When it comes to evil we say keep your eyes on the twee pop people. There lies the true darkness.

Nathan Larson cut his teeth and hurt our ears (in a good way) in the seminal indie rock band Shudder To Think. Colonia, the second album from his new band A Camp (which also features his wife, Nina Person), will be released in America on April 28th. Learn more about A Camp here.