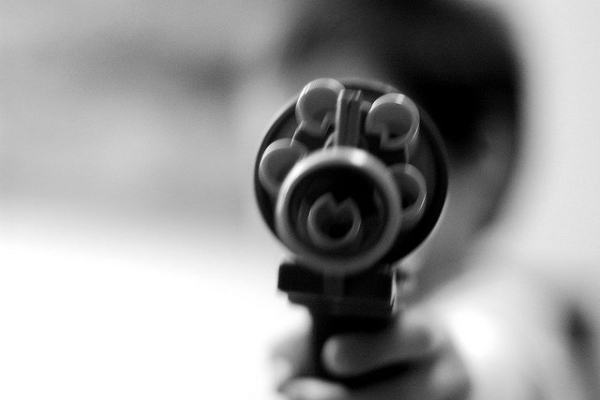 In the wake of the Arizona shootings, Leigh Shulman muses on what it means to be an American, and why the political rhetoric is often so violent.

I’m often in a position where I’m the only American in the group, which means I’m often asked to represent for all Americans. Just recently, a friend of ours mentioned to Noah that whenever there’s a big Couchsurfing asado at someone’s house, it’s generally the Americans who will assume it’s just a free dinner and there’s no need for them to pitch in for payment, clean up or preparation.

A few weeks ago, we had a Belgian, an Argentine, one Canadian and one person from Poland in the house, and when the subject rose again, all four guests reluctantly admitted they find Americans to be the most rude when traveling.

I cannot tell you how many times I’ve heard this, and while it’s nice to be told that I’m an exception to being rude and unlikeable, I am as uncomfortable with the stereotyping as I would be were someone to say that Asians are bad drivers, Germans have weird sexual proclivities, and the English have bad teeth because they drink too much.

I’m also pretty proud to be American even when I don’t agree with the politics or president. It’s a unique culture full of people who have grown up with the ideology that anything is possible, that anyone can do anything. 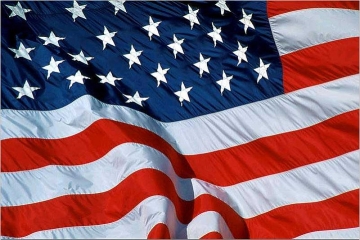 Yet, I’ve also had similar experiences with the Couchsurfers and guests we’ve had in our house. Rarely a week goes by when our spare bedroom and couch are empty, and while we rarely have bad guests, the only ones I can name are American.

Remove A Senator From Office By Shooting An M16?

Now there’s this recent shooting in Arizona, blamed by many on the political rhetoric of the likes of Sarah Palin, Glenn Beck, and people like Jesse Kelly, Giffords’ Republican opponent in the last election. Kelly hosted an event titled “Get On Target For Victory In November. Help Remove Gabrielle Giffords From Office. Shoot A Fully Automatic M16 with Jesse Kelly.”

There’s a fine line between our US government given constitutional rights and plain old fashioned self-entitlement.

I have no issue with people who want to carry and use weapons, provided they are using them properly and with oversight and experience. I have no problem with political protest. In fact, I am tickled that anyone can say pretty much what they want and not be hauled away in the middle of the night.

But comparisons of World War II Nazis to health care reform or slogans like “Don’t Retreat, Reload” smack of faulty logic to me.

When the American Dream Hits a Mental Health Glitch

During a discussion between Matador colleagues after the shooting took place, one editor said this sort of thing makes her feel “desperate about being American.”

Kate Sedgwick, Matador Nights’ editor who blogs at Yes There Is Such A Thing As A Stupid Question, raises another point regarding the way the US treats the mentally ill, and how voices claiming that guns are the way to solve issues directly address those who perhaps have no other recourse.

The US is the petri dish where people feel that the only way to do anything worth a shit is to be featured in the 24 hour news cycle and volatility and violence are what gets attention. When politicians use and encourage violent rhetoric, you better believe people are going to get killed. And what makes this different from long term political and religious wars? The fact that there was nothing to fight against in the first place….

These killers are lost souls who crave recognition and something greater than themselves, and they find it in the likes of Glenn Beck. They don’t even have a belief system. There is no support, No one is even there to notice that this shit is about to happen. Isolated with paranoid, poisonous rhetoric they can do with what they will are the only voices that come close to matching the anger within them. I do believe this is an American phenomenon.

Is It the Same As Crying Fire In the Proverbial Crowded Movie Theater?

Of course, no one would be spurred to mass murder simply by the words of these pundits, but perhaps our political and ideological leaders have a responsibility to curtail what they say in order to avoid what seems to be an ever increasing violence in American culture.

. Paul Krugman and I seem to be channeling the same issues these days, says the same as me on this debate, only this time we seem to be in agreement.

So who are we as Americans? What do we stand for? And if we should be calling for change, what changes would you like to see?